Gender Equality for Growth Research and Analytical Program in Indonesia 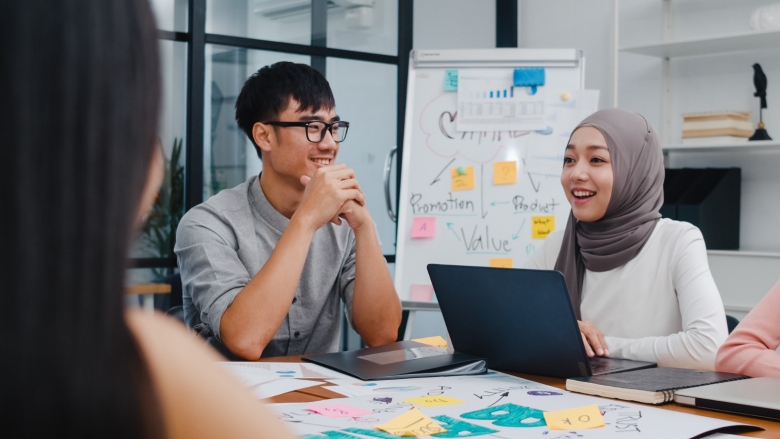 In 2019, the World Bank launched a Gender Equality for Growth analytical and advisory program to support the Indonesian government through recommendations for reforms and investments that close key gender gaps to promote the economic growth. The program focuses on addressing women’s economic participation, specifically creating evidence-based interventions that could unblock key challenges women face in the labor markets and self-employment.

The World Bank Indonesia’s Country Gender Assessment (CGA), conducted in 2020, under the Gender Equality for Growth analytical and advisory program, provides a broad overview of the current state of gender equality and women’s issues in Indonesia, including considering COVID-19. The CGA is a significant input to the World Bank Group’s Country Partnership Framework (CPF) 2021-2025 that highlights Gender as a cross-cutting theme in four engagement areas. The assessment is also anchored in Indonesia’s Medium-Term Development Plan (RPJMN) 2020-2024 and focuses on two assessment areas: Growth and Women’s Economic Participation and Enhancing Human Capital through Gender Equality.

Several key issues have emerged based on the analysis conducted in both the CGA and the first year of implementation of the Gender Equality for Growth analytical and advisory program. First, while Indonesia is actively looking to improve competitiveness and create jobs through different labor market policies and programs, many of these programs present inherent bias, leading to occupational sex segregation and channeling women into lower productivity and lower-paying jobs.

Second, as Indonesia is transitioning to more middle-class jobs and sees greater growth in manufacturing and services, the work-family care nexus is increasingly emerging as a gendered constraint. The World Bank analysis has highlighted an unmet need for care that impacts families with young children, especially falling on women. To meet this unmet need for care, many women drop out of the labor markets and return primarily as small-scale entrepreneurs or self-employed workers.

Finally, the COVID-19 pandemic has significantly and severely impacted jobs and labor markets globally, including in Indonesia. Initial analysis conducted in 2020 indicated that the impact on Indonesia seemed to differ from many other middles and upper-middle-income countries, particularly on women. Early analysis showed that more men were losing jobs than women in Indonesia, unlike patterns in many other countries. Further assessments are needed to understand the gender dynamics around the COVID-19 impacts and track these impacts as the country focuses on economic recovery.

The Gender Equality for Growth program aims to generate evidence-based and address key knowledge gaps to support the Indonesian government’s objectives of closing female labor force participation gaps by 25 percent by 2025. The activity will contribute to Indonesia’s objectives for accelerated economic growth and transition to middle-class jobs and will support the country’s longer-term objectives for overall inclusive economic development and gender equality.

As part of the efforts to raise awareness and engage the stakeholders around issues relating to Gender Equality and Economic Growth, the World Bank in Indonesia has initiated a Women in Leadership (WIL) panel discussion series that will bring together influential Indonesian women to share their own experiences in leadership roles.

The WIL webinar series will bring together respected female figures across a range of fields and sectors to: