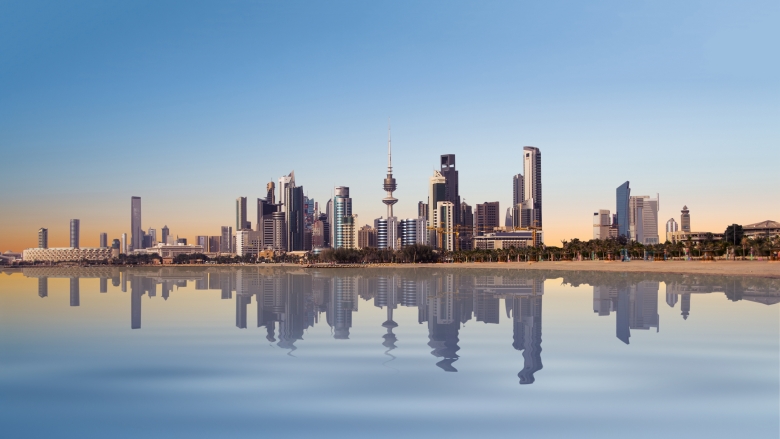 While performance in 2020 will suffer from the twin shocks of COVID-19 and the oil price slump, growth in Kuwait has been tapering since 2014. The inevitable fiscal deficit increase from declining oil revenue and crisis mitigation spending, and funding needs for the Future Generations Fund are exacerbating pressure on fiscal buffers, in the absence of a debt law. While less exposed to internationally hard-hit sectors than its GCC neighbors, long-standing rigidities will impede adjustment to the protracted COVID-19 shock.

The protracted nature of the pandemic and slow government response has led to a downgrade in forecasts. Real GDP is now expected to contract by 7.9% of GDP in 2020 (compared to -5.4% forecasted in June 2020) as non-oil GDP growth is subdued by protracted public health measures and the constrained fiscal mitigation measures, while oil GDP contracts in compliance with the OPEC+ agreement.