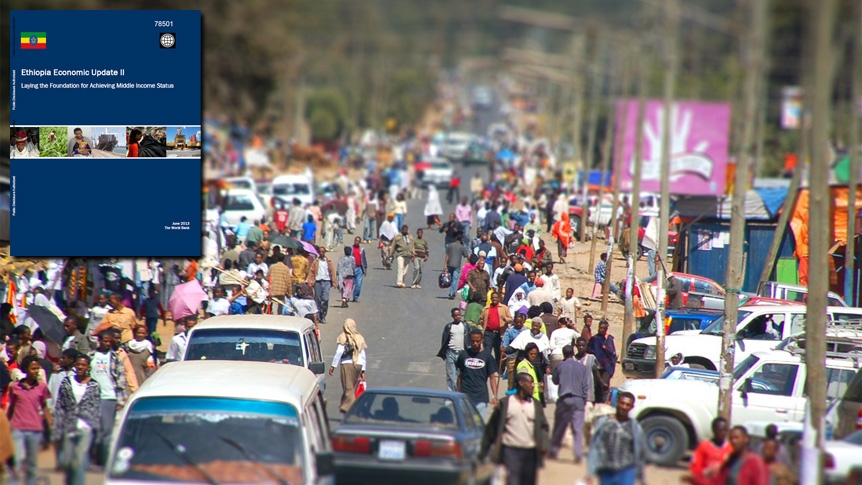 ADDIS ABABA, June 18, 2013 -- Ethiopia could potentially reach middle-income status by 2025 if more emphasis is placed on boosting domestic savings rates, private sector development and improving the trade logistics, according to a report recently launched by the World Bank.

The Ethiopia Economic Update notes that in the past decade, the country has had high economic growth, averaging 10.7% per year. In 2012, Ethiopia was the 12th fastest growing economy in the world, and if this historic growth continues, it could become a middle income country in just 12 years.

To increase growth, the report offers the following recommendations:

Boosting Savings Rates
Ethiopia’s savings rate is at its lowest in 30 years, declining from 10% percent of gross domestic product (GDP) in the 1980s to six percent of GDP in the 2000s. According to the report, this is due to several factors, including a lack in incentives for savers, and limited access to financial institutions. For example, for every 100,000 adult Ethiopians’, there is only 1.97 commercial bank branches and 0.33 ATMs; a very low number compared to neighboring Kenya, where there are 5.17 commercial branches and 9.46 ATMs per 100,000 adults.

Until recently, Gete Woldesadik, a 60-something mother and grandmother, did not have access to a financial institution to open a savings account. Instead, she kept her money in a flour container in her kitchen for 40 years.

“I never felt safe because there were too many people going in and out of the kitchen, so I always kept an eye on everyone and always checked afterward to make sure that my money was still there,” said Woldetsadik while standing in line to open her first savings account at a recently-opened bank branch in Legetafo, Oromiya State. “Now we finally have a bank in our city. So I am here to open a savings account knowing that my money will be safe and I can rest easy.”

Increasing savings would help Ethiopia to maintain high investment rates, and, according to the report, the country will be able to do that by expanding access to both private and public financial institutions, and by taking advantage of remittances from the diaspora, estimated at half a billion dollars in 2011.

Improving trade logistics
Ethiopia’s ranking in the World Banks’ Trade Logistics Index has slipped from 104 in 2007 to 141 in 2012. It takes an average of 42 days to import a container of goods to Addis Ababa, compared to an average of 37 days in the region. In addition, Ethiopian importers pay three times as much as their Vietnamese counterparts to import a container, according to the report.

An Ethiopian businessman said that he loses money because his shipments are subject to several inspections that cause “unnecessary delays.”

Can Ethiopia Become a Middle Income Country by 2025?