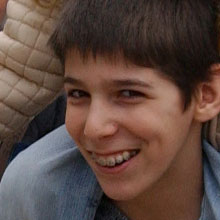 The World Bank in Croatia

Croatia became a member of the European Union in July 2013, in the midst of the six-year long recession. Joining the single market and having been able to absorb the EU grant funds has helped the recovery that started in 2015.

Croatia : Commitments by Fiscal Year (in millions of dollars)*

Croatia and the World Bank Group: 25 Years of Partnership

Croatia and the World Bank Group: 25 Years of Partnership

Find out what the Bank Group's branches are doing in Croatia.