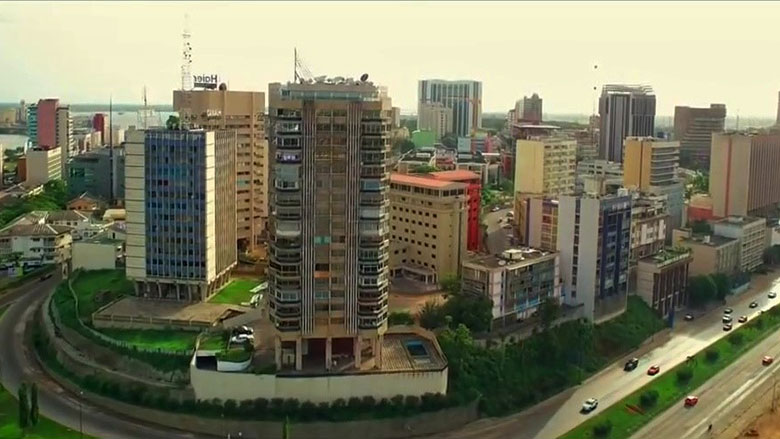 ABIDJAN, September 22, 2016 ─ The buzz of activity every morning at rush hour on the new Henri Konan Bédié bridge, built in 2015 to link north and south Abidjan, attests to the Ivoirian economy’s dynamism. After more than 10 years of political crisis, Côte d’Ivoire is registering high growth rates (close to 9% in 2015), which places it among the most competitive economies in Africa, based on World Bank figures.

Constructed in an attempt to ease traffic jams with the support of a Multilateral Investment Guarantee Agency (MIGA) guarantee for $165 million, the bridge is also a symbol of unchecked urbanization in the Grand Abidjan region, which is home to 20% of the country's population, 80% of formal employment, and 90% of businesses. This urbanization is somewhat anarchic owing to an absence of planning, and as Abidjan continues to experience an explosion in population growth, the infrastructure needed for economic development, environmental protection, and the wellbeing of citizens is lacking.

" The frequency of traffic jams (three hours per day on average) on the major thoroughfares is unbearable. They talk about inclusive growth; however, there is only one commune in Abidjan that enjoys good roads and highways while we, who are on the other side, have a hard time getting around every day. "

A citizen of Abidjan 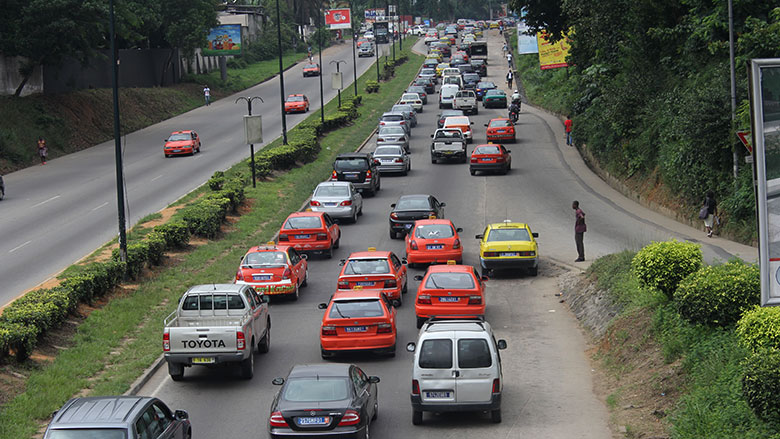 "With a gross national income (GNI) per capita of $1,450 in 2013, Côte d’Ivoire is aspiring to become a middle-income country by 2030, which is an enormous challenge," notes Souleymane Coulibaly, Program Leader and Lead Economist for Central Africa at the World Bank and primary author of a World Bank study entitled Diversified Urbanization: The Case of Côte d’Ivoire.

"To attain a GNI of $4,100 per capita, which corresponds to that of a middle-income country, the country will need to post annual growth rates of 10%. It will therefore have to properly manage and streamline urbanization to achieve its objective as cities are drivers of growth."

As noted in the World Bank study, Côte d’Ivoire is made up of three types of cities:

Although these three types of cities do not face the same urbanization challenges, the authors of the study emphasize their complementary relationship. The World Bank report notes that urbanization is not limited to the expansion of a single major city within a country. It must connect Ivoirian cities to each other and to the rest of Africa to enhance their dynamism, productive capacity, and competitiveness. It is also imperative to address environmental challenges that affect the daily lives of Ivoirians and consider methods of financing urban development projects.

For major cities, the priority is to identify corrective measures to bridge the infrastructure gap (bringing public authorities and citizens together), particularly with respect to sanitation and waste collection.

In Abidjan, for example, transportation and the environment present the greatest challenges. Although the Government of Côte d’Ivoire has undertaken several public works projects to develop road infrastructure, there is a serious dearth of public transport options in the working class neighborhoods of Yopougon and Abobo to connect the business districts of Plateau, Cocody, or even Treichville, where the majority of jobs are concentrated. It is the poorest populations that suffer as a result, finding themselves isolated and lacking access to formal employment.

"Smooth traffic flow is now just a distant memory," laments Athanase Kouamé, sitting in an intercommunal taxi stuck in traffic. "The frequency of traffic jams (three hours per day on average) on the major thoroughfares is unbearable. They talk about inclusive growth; however, there is only one commune in Abidjan that enjoys good roads and highways while we, who are on the other side, have a hard time getting around every day."

All Ivoirian cities also face significant environmental challenges associated with wastewater management and solid waste treatment. For example, in Abidjan, household trash collection can only be provided to 40% of the homes in the city because several streets are too narrow for dump trucks to navigate. Consequently, a lot of garbage is disposed of haphazardly in the city and in the lagoon, which is now extremely polluted, when it could be an attractive area from an economic and tourism-related standpoint, with several green spaces. These pollution problems are also at the root of several illnesses such as cholera, typhoid fever, and malaria.

More broadly, the study underscores that the irregular electricity supply in Ivoirian cities forces several households and businesses to use other, more highly polluting sources of energy. Businesses, for example, often turn to diesel generators, which produce twice as much pollution as gas-powered plants, and households resort to solid fuels for lighting and cooking.

The report also raises concerns about transportation costs within Côte d’Ivoire, which are among the highest in the world, particularly along regional corridors, which are critical links for trade with the rest of Africa. Licensing and insurance fees, tolls, and payments at roadblocks are partially responsible for this problem.

With respect to small towns, where the major agricultural production zones are located, the study emphasizes the fact that the lack of basic infrastructure (particularly relating to sanitation) and road infrastructure to connect them to storage or processing sites, and thus diversify the primary sector, represents a major obstacle. The authors of this study urge the country to exploit recent innovations in information and communication technologies (ICT), relying in particular on the expertise of Ivoirian universities such as the National Polytechnic Institute of Yamoussoukro, given the countless  opportunities offered by ICTs. They can, for example, help better coordinate the supply and demand of transport services to make them more efficient and provide information to guide public decision makers with respect to urban planning, particularly by collecting and analyzing data to identify imbalances in the distribution of citizens across the country. ICTs can also build awareness among citizens and promote behavior change, monitor air quality, and issue flood warnings.

Finally, Côte d’Ivoire must complete the decentralization of local public investment so that authorities can provide better urban services to the population. This will first require the reform of central government financial transfers to local governments in order to improve their predictability and thus facilitate investment spending by communes. Second, innovative solutions will have to be implemented to boost the financial resources of local governments so that they will be fully capable of ultimately building dynamic and interconnected cities that are environmentally friendly and mindful of the well-being of their residents.