BUJUMBURA, December 5, 2014 —Eleven years after the end of a civil war that took a huge toll on its economy and population, Burundi, a mountainous, landlocked country in East Africa, still faces significant development challenges. Ninety percent of the population lives in rural areas where basic services and infrastructure are limited, and less than 3 percent of Burundians have access to electricity.

Since a democratically elected government came to power in 2005, the country has embarked on a decentralization process in the hope of heightening social cohesion, improving local governance, and strengthening basic infrastructure and service delivery in rural communities. In a country that had been plagued by years of conflict, increasing the autonomy of local administrations, known as “communes,” was also seen as a way to maintain peace, since a key source of discontent was the marginalization of rural communities, with economic and political power centralized in the hands of the urban elites

Recognizing this as a risk to peace and stability, the Government of Burundi committed to decentralization reform in 2009 with the adoption of the National Decentralization Strategy. However, despite this engagement to increase the autonomy of local administrations and strengthen service delivery, the journey to decentralization has been a bumpy one, with many issues still to be addressed before the reform agenda can move forward.

In an effort to assist Burundian authorities as they work to promote inclusive growth and improve access to basic services, a new World Bank report on fiscal decentralization and local governance in Burundi provides strategic recommendations to help strengthen the long-term sustainability of the decentralization reform process. It also offers specific methods to improve the financial viability of communes in the short and medium term. The report also highlighted the gaps and challenges of the process, particularly in three areas: lack of financial autonomy, promotion of land governance, and social accountability.

“Part of a programmatic series of Public Expenditure Reviews developed by the World Bank to assist the authorities in their effort to promote inclusive growth and improve access to basic services, this in-depth report, prepared jointly with the Government of Burundi, is a great contribution to understanding the challenges and opportunities of the decentralization process in a fragile state,” states Rachidi Radji, the World Bank Country Manager for Burundi.

Despite the government’s ambitious goals, the implementation of decentralization reforms remain slow,” says World Bank senior governance and public sector specialist Marco Larizza, the lead author of the report. “The authorities talk about decentralization and recognize the need for citizens to have local access to primary services, but overlapping responsibilities across central government ministries and ongoing competition over the political leadership of the reform process causes delays,” he adds. “The fact that the communes exist in Burundi is itself a big achievement of the peace-building process, but opportunities for local communities to effectively engage with the political authorities are still limited, and service delivery responsibilities assigned to the communes should be clarified,” says Larizza.

“One of the major problems we face is the financing of communes,” acknowledges Jean-Marie Ntihirageza, Director General of local development for the Government of Burundi. Each of the 116 rural communes has a deliberative body (the communal council), elected through direct universal suffrage by its citizens. In the absence of a predictable and transparent intergovernmental transfer system, most communes struggle to finance even basic operating costs, the report notes. The average annual communal revenue outside Bujumbura, the capital, is FBu 103 million (about US$68,000 or less than $1 per capita). Communal revenue sources are being continuously eroded by inflation and barely cover the existing responsibilities of communes. The government recognizes this challenge, and the draft legislation under preparation is an important contribution to strengthening the local tax administration system, improving tax compliance, and linking revenue collection with better services for the citizens.

“Throughout the world, central governments provide financial support to municipalities, communes and cities. In Burundi, the government supports investment such as building schools, health centers, and roads, but not the everyday expenses of salaries, fuel, office supplies, and so on. Thus communes in areas of extreme poverty have a very hard job of providing services that meet the needs of their population,” explains Professor François Vaillancourt, an expert on fiscal decentralization and member of the World Bank team. The existing National Fund for Communal Investment (FONIC) partially addresses the resource constraints by financing capital spending for small investments, but communes receive very small  transfers for recurrent spending, making it difficult to sustain these investment efforts.

The failure to promote revenue mobilization and effective local tax collections in some communes remains a big challenge. According to a survey conducted in August 2013 among 16 communes, only six collected rental income tax and only four collected property taxes. The reasons stated for not collecting taxes included a lack of knowledge about the obligation to pay taxes, conflict of interests among the collectors (who are also property owners), and resistance from the local population to pay taxes.

While land transactions are an important source of revenue for communes, land tenure insecurity still prevails in Burundi. “Agriculture is the main source of livelihood for most rural households, and conflict and disputes over land are widespread,” says Thea Hilhorst, Senior Land Governance Specialist at the World Bank. The registration of land rights is not common practice in Burundi, and about 72% of civil court cases in the country are related to land issues. Making the registration of rural land rights affordable for the poor has been identified as a key strategy to reduce land-related conflict.

As the report points out, under a new land code adopted in 2011, the land certificate has been introduced as an alternative way to record land rights in rural areas. However, the provision of communal land registration services raises important sustainability issues, strengthening the case for a central government transfer to cover operating costs. Unless fiscal administrative aspects of decentralized governance are clarified, the communes will continue to depend on development partners to finance their operations.

Across the country, local authorities have gained the trust of their citizens by making communal budgets more transparent, the report shows.

To collect the opinions of Burundian citizens, a series of 16 focus group discussions was conducted in eight communes across the country. These discussions revealed that despite communal officials’ attempts to have more regular interactions with citizens, “obstacles to citizens’ engagement remained, such as self-exclusion, poverty, and a defeatist perception among citizens that the opportunities to participate and effectively influence local decision-making process remain limited,” remarked Leanne Bayer, Senior Social Development Specialist at the World Bank and co-author of the report. For instance, while the communal budget is publicly disseminated in all communes, it is written in French despite the fact that the dominant local language is Kirundi.

Success stories, however, exist. In the commune of Rutegama in central western Burundi, the current administration has been able to carry out major reforms to improve local governance. It has established a monitored, accountable tax collection system, making Rutegama one of the few financially viable communes in Burundi. “We try to explain to people the importance of paying taxes, because when they pay, the town can grow and the citizens themselves will benefit,” says Michel Nitunga, a tax collector in Rutegama.

“If you have communal administrators who care about what citizens think and show taxpayers what they do with the money they collect, you start to see a change in attitude: People start paying local taxes, resources are effectively managed, the quality of local services improves, and so does citizens’ trust in public institutions and engagement with the state,” says Marco Larizza, World Bank senior governance and public sector specialist and lead author of the report. “The experience of Rutegama is quite encouraging because it shows that the communes are not doomed to fail. Cycles of poor performance can be broken, and development results can be achieved even in the most challenging contexts.” 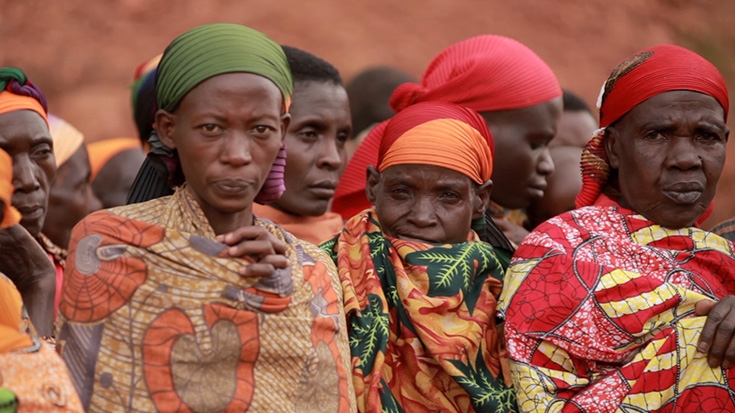