What Does It Take to Get an Equal Start in Life? Perhaps a Kindergarten? 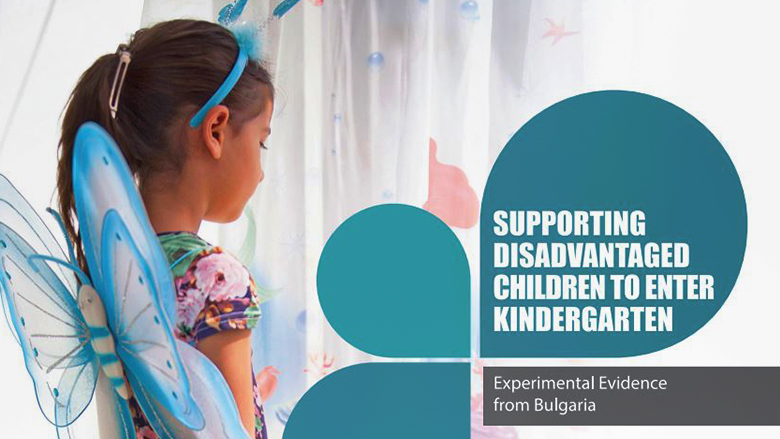 Creating equal opportunities for children is one of the most critical, human development challenges. There is a growing concern that children from disadvantaged families lag behind their peers from more affluent families because they do not benefit from quality, early-childhood development opportunities - including preschool - as much as others.

In 2011, a regional Roma survey was conducted in countries in Central and Eastern European that have significant Roma populations. This study showed that only 45% of Roma children in Bulgaria were enrolled in kindergarten. Following the introduction of government policies making preschool education compulsory for all children aged 5 and 6 and linking regular attendance to child-allowance payments, the enrolment rate of Roma children rose to 68%.

A crucial question, then, is how do we identify efficient ways to maximize enrollment in kindergarten for children in poor communities.

Supporting Disadvantaged Children to Enter Kindergarten: Experimental Evidence from Bulgaria, a large scale, multi-arm randomized control trial, aims to improve participation rates in kindergarten among poor children between the ages of 3 and 5 in Bulgaria - most of whom are Roma (74% of the study sample) or Turkish (13%). The study was implemented in 2014-2015 across 236 poor settlements around Bulgaria

Participating children and their families were offered support in one of four ways:

The study finds that removing the costs of kindergarten reduced the share of unregistered children in kindergarten by half. This support also boosted attendance by about 20%.

The additional financial incentives - either 7 or 20 BGN - given for regular attendance had no clear impact on registration or attendance, suggesting that cost is a more important barrier than behavioral issues.

Organizing community meetings to provide information about the importance of kindergarten also had no impact on participation in kindergarten, although it slightly improved parental perceptions regarding the benefit of kindergarten, raising aspirations for their children – especially girls.

Overall, removing costs for kindergarten was the most cost-effective strategy for increasing participation in kindergarten. However, the effect on short-term child development – emergent literacy, numeracy, motor and socio-emotional skills – is mixed: slightly positive for Bulgarian children, while negative for Roma and Turkish children. These results suggest that all children may not immediately benefit from kindergarten, especially minority children who may need additional support to successfully transition to, and benefit from, exposure to kindergarten. 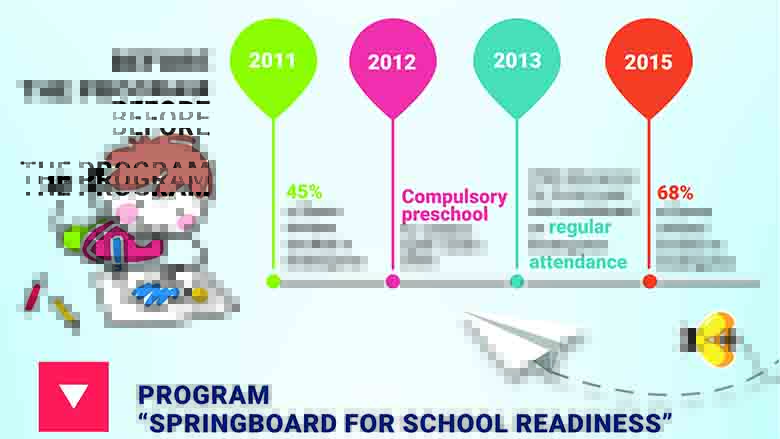