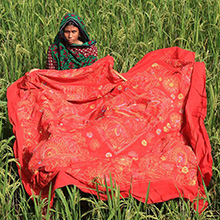 The World Bank In Bangladesh

Bangladesh has an impressive track record for growth and development, aspiring to be a middle-income country by its 50th birthday. The World Bank has supported Bangladesh since 1972, providing more than $30 billion in support.

Bangladesh: Commitments by Fiscal Year (in millions of dollars)*