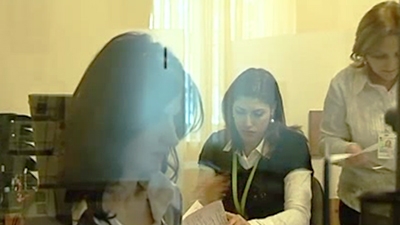 The external environment remains unfavorable. The recent oil price shock and western sanctions have hit the Russian economy hard and weakened its growth prospects. Deterioration of Russia’s economic outlook affects Armenia through foreign trade, remittances and FDI. In 2014 merchandise export to Russia declined by 7.7 percent and remittances inflows shrank by 10.7 percent. Global demand and prices for base metals, which account for 45 percent of Armenia’s exports, are also on a declining trend, thus limiting export proceeds.

After losing steam toward the end of 2013, the economy slowed further to around 3.4 percent in 2014 dragged down by construction. Services grew by 4.3 percent and contributed 2.2 percentage points to GDP growth in 2014. The second largest contributor (by 1.4 percentage points) was agriculture, as a favorable autumn harvest more than offset the negative impact of end-March frosts leading to 7.8 percent growth of agriculture value-added. However, protracted decline in construction and stagnation in industry constrained overall growth. Industry as a whole stagnated in 2014, as the mining sector shrank by 5.8 percent due to low demand for metallic commodities and the energy sector contracted by 15.1 percent. This negative performance offset the positive contribution to growth (7.7 percent) from manufacturing.

The low-growth environment of the past year is continuing in 2015. The index of economic activity - the weighted average of growth rates (in volume terms) of major sectors and a proxy for economic growth - was a modest 1.3 percent in January (year-on-year). Services (without trade) posted the highest growth rate (3.8 percent, year-on-year), followed by construction (2.2 percent) and agriculture (1.8 percent). Industry performed poorly and declined by 6.7 percent, while energy generation plunged by 19.7 percent. A weak domestic economy and lower remittances hampered private consumption, as manifested in a 7.4 percent contraction of retail trade.

Heavy foreign exchange interventions to sustain the dram continued through January. Between November 2014 and January 2015 the Central bank (CBA) performed net sales of US$145.0 million to support the dram. These interventions, together with monetary policy tightening, managed to stabilize the currency. After depreciating by 29.6 percent in late 2014, the exchange rate stabilized at around AMD 475 per US$1. As a result, the dram appreciated by 6.7 percent in real terms (in January 2015, year-on-year).

The Central Bank of Armenia (CBA) continued tightening its monetary stance as inflationary pressures grew. After a 16-month period over which the policy rate was gradually reduced, the CBA increased it by 175 basis points to 8.5 percent on December 23rd to contain inflationary pressures stemming from the exchange rate depreciation. Two additional increases in the policy rate (by 100 basis points each) occurred in January and February of 2015, which brought the policy rate to its 13-year maximum of 10.5 percent. Dollarization of loans and deposits increased by 3.2 and 3.8 percentage points, respectively, between November 2014 and January 2015, owing to depreciation of the exchange rate and accelerating inflation.

The State budget for 2015 is based on an optimistic macroeconomic framework, which assumes economic growth of 4.1 percent, inflation of 4.0 percent, growth of merchandise exports and imports by 5.2 and 3.7 percent, respectively. Under these assumptions, tax revenues (netted out of the value-added tax refunds) will be maintained at 22.8 percent of GDP, and the fiscal deficit at 2.3 percent of GDP. Current spending will increase to 24.6 percent of GDP, while capital spending is planned at modest 2.2 percent of GDP. This fiscal framework is risky in a low-growth environment, as the high share of current social spending (47.0 percent of total expenditures) leaves little room for fiscal maneuver, while attempts to collect taxes in line with nominal targets would further constrain economic growth.

Tax revenues grew by 2.6 percent in January-February 2015 (year-on-year) while receipts from customs duties increased by 38.9 percent (year-on-year). Slowing manufacturing output and low imports continue to affect the structure of tax revenues. During the first two months of 2015 growth of tax revenues was fully driven by direct taxes, which contributed 4.1 percentage points to the overall 2.6 percent increase. Since January 2015 Armenia has started receiving customs duties according to the distribution scheme of the Eurasian Economic Union (EEU) – 1.13 percent of the total pool. In January-February the receipts from customs duties increased by 38.9 percent (year-on-year) and reached AMD9.0 billion (US$18.9 million).

Exports and remittances declined in January 2015 due to deteriorating economic performance of Russia, which is the destination for 20 percent of Armenian exports and source of 70 percent of remittances. The trade deficit shrank by 38.7 percent to US$121.3 million in January of 2015, driven by low demand for imported products, even in the face of shrinking exports. Merchandise exports declined by 21.9 percent (year-on-year) to US$75.6 million, reflecting subdued demand by the main trading partners, a protracted decline in international copper prices and unsettled issues in customs clearance procedures with the EEU member-countries. The latter contributed to a dramatic drop in exports to the EEU, which in January 2015 stood at a meagre US$169,000 compared to US$16.8 million in January 2014. The poor performance of exports to the EEU accounted for 17.2 percent of the contraction in total exports. Merchandise imports were US$196.9 million in January 2015, posting a decline of 33.2 percent (year-on-year). The lower import bill also reflects a unilateral waiver of export duties on natural gas, oil products and unpolished diamonds by Russia.