CIMMYT breeder Cosmos Magorokosho examines a maize cob on a farm in Angola. CIMMYT has been collaborating with the national agriculture research institute in breeding and disseminating locally-adapted drought-tolerant maize varieties.

LUANDA, July 7, 2014 – Despite a modest deceleration in 2013, Angola’s economy appears to be back on track, according to a new World Bank Group (WBG) economic update.

The Angola Economic Update (AEU), prepared by the WBG Poverty Reduction and Economic Management team, notes that the absence of new oil discoveries makes it unlikely for the oil sector to further accelerate gross domestic product growth (GDP). Non-oil GDP needs to expand rapidly to bring Angola back to the strong performance observed before the 2009 crisis.

According to the AEU, expanded agricultural output and lower food import prices helped curb the inflation rate to a single digit.

" Angola’s inflation is projected to remain on a downward trend as we expect global agriculture price indexes to decrease, and domestic agriculture production to continue its recovery from the 2012 drought " 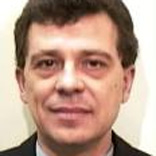 The AEU also includes a special focus on the public investment management system. Refocusing expenditures on capital investment could positively affect Angola’s non-oil sector, but only if execution capacity can be increased and the quality of public investment can be ensured. A strong Public Investment Management (PIM) system would ensure that projects financed with public funds are appropriately selected, efficiently implemented, conscientiously monitored or thoroughly evaluated.

The Angolan government has made considerable efforts to enhance the quality of the system but challenges remain. To improve the efficiency of the PIM system, the analysis recommends: