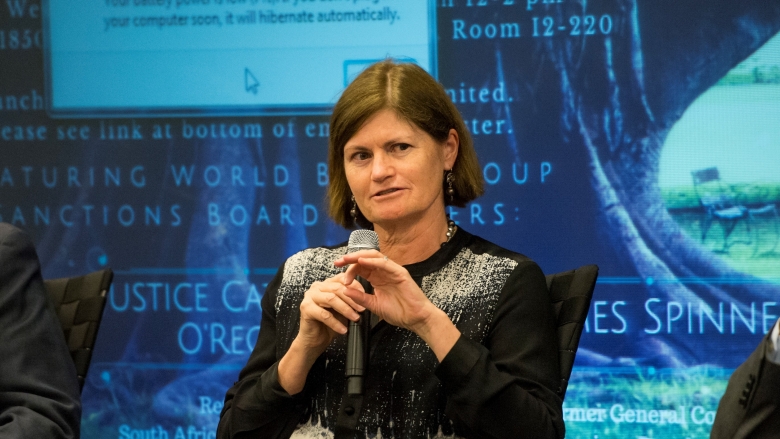 Ms. O'Regan continues as the President of the International Monetary Fund Administrative Tribunal and recently joined the University of Oxford as the inaugural Director of its Bonavero Institute of Human Rights. Shortly prior to Ms. O'Regan's official retirement from the World Bank Group's Sanctions Board, the Executive Secretary to the Sanctions Board, Ms. Giuliana Dunham Irving, sat down with Ms. O'Regan for a personal interview to discuss the Sanctions Board's work and contributions.

Interview with Catherine O'Regan, Retiring Member of the WBG Sanctions Board