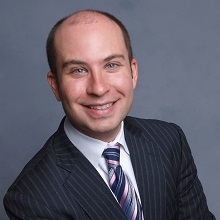 Will Paterson is a Financial Sector Specialist with the Insolvency and Debt Resolution Team of the World Bank Group.  Will has assisted over 30 countries with their insolvency frameworks and has published in the area of insolvency and corporate restructuring.  Prior to joining the World Bank, Will was Principal Legal Counsel at the European Bank for Reconstruction and Development.  He has also worked as a Senior Economist with the Canadian Department of Finance and as the legal and policy advisor to two Presidents of the United Nations International Criminal Tribunal for Rwanda.  He began his career as an Associate at Clifford Chance LLP in London where he worked in the Capital Markets and Insolvency groups. Will holds a combined Bachelor of Laws and Bachelor of Civil Law from McGill University, an MSc in Public Policy and Public Administration from the London School of Economics and an Honours BA in International Studies (Economics) from Glendon College, York University.  He is called to the bar in Ontario, Canada and is a qualified solicitor in England & Wales.