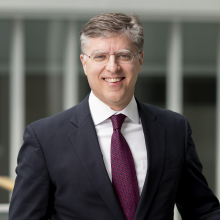 In this position, Mr. Estevão leads a large team of country economists, macroeconomists, and fiscal policy, debt, and macro-modeling experts. He is responsible for overseeing the delivery of the global analytical work on macroeconomics, fiscal policy, and debt policy; for coordinating the strategic direction of MTI and implementing it; for helping to shape and oversee MTI’s country/regional programs; and for mobilizing staff to work more effectively across Equitable Growth, Finance and Institutions (EFI) and other Global Practices.

Before joining the Bank, Mr. Estevão was Deputy Minister for International Affairs at the Ministry of Finance in Brazil until end-December 2018 and served as Brazil’s G20 Deputy. He also served as the Chairman of the Board of Directors of the New Development Bank (Shanghai) and member of FUNCEF’s Board of Directors. Prior to this position, he worked at Tudor Investment Corporation as the chief-economist for North America and Oceania; at the International Monetary Fund (IMF) as mission chief to Peru, Nicaragua and Barbados, and deputy chief of the Regional Studies Division, the North American Division, and the Latin-Caribbean Division, after working on several European countries and the Euro Area; and at the Research and Statistics Division of the Federal Reserve Board in Washington, DC, as a researcher and member of the Green Book forecast team.

Mr. Estevão holds a PhD in Economics from MIT, Cambridge, MA, and has published extensively in refereed journals, books, policy reports, and the print media.