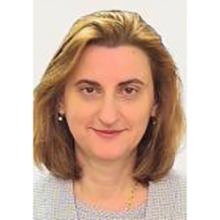 Elena Ianchovichina joined the World Bank in 2000 as a Young Professional in the Development Research Group. Since then she has worked in the East Asia and Pacific Region and the Economic Policy and Debt Department, where she managed the program on inclusive growth. Since 2010 Elena has been a lead economist in the MNA Chief Economist Office, where she also served as acting regional chief economist.

Her research covers a wide range of topics in development and international economics, including trade policy, economic growth, foreign investment, global general equilibrium modeling, natural resources, food security, inequality, and political violence. Elena is the author and coauthor of numerous publications, including several books and articles published in international refereed journals. Born in Bulgaria, she received her PhD from Purdue University in Indiana.