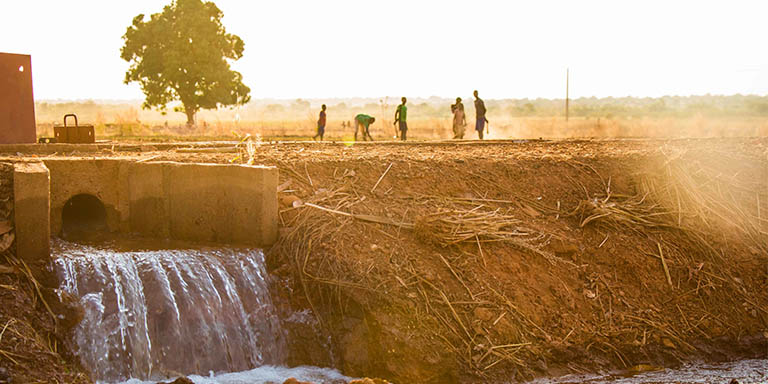 Mali’s economy is concentrated around agriculture and mining. Mining revenues contribute approximately seven percent of GDP, 30 percent of tax revenue, and 70 percent of export revenue. The country, however, faces severe challenges related to its fragility, including a non-diversified and vulnerable economy, high poverty rates, social tensions, political instability, and regionalized internal conflicts. Despite the United Nations peacekeeping operation, and concerted efforts by the international community to help maintain stability, Mali still has difficulty attracting and retaining private investment to its mining and agriculture sectors.

The project aims to increase market capacity for quality and economically priced limestone products for mining and agricultural lime. It will also develop employee skills from the large-scale industrial activities and produce economy-wide benefits. The investment has the potential to promote market competitiveness in both the agricultural lime and mining industry in Mali.

Currently, potential financiers consider large-scale industrial projects in Mali as high risk, exacerbated by the country’s experience of fragility, conflict and violence, limiting access to long-term financing for investors. The concessional support from IDA PSW is enabling IFC to provide the client with affordable, long-term funding in local currency, otherwise not available in the Malian market. CCM will be the first commercial-scale domestic limestone producer in the country, creating the potential for a strong demonstration effect to other producers and financiers that such a large-scale industrial project can be operated successfully and profitably. The production of agricultural lime has low entry barriers and can easily attract new entrants to the market, once a successful track record and product awareness have been established.

The project will support the entry of a domestic operator into the market, increasing competitiveness in the quicklime industry in Mali and the sub-region. The local mining operations are owned by large international producers concerned with quality standards, expanding a local operation with quality and economically priced agricultural lime will increase market capacity and the potential for replicability.

Local Currency and Blended Finance Facilities-supported projects are made possible thanks to close cooperation from multiple teams across IFC and IDA.