Afghanistan: Improving Yields and Incomes for Raisin Farmers Through Markets 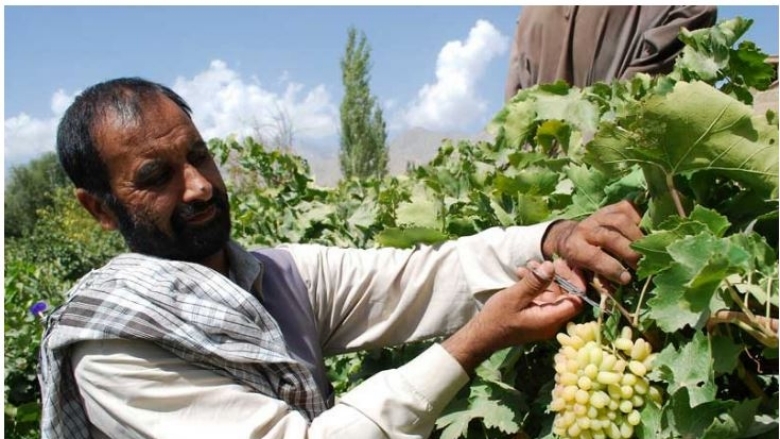 The World Bank Group is supporting a transformation in Afghanistan’s underdeveloped raisins sector to recapture its former status as a world-class producer and exporter. Collaborative interventions range from the farm level, to facilitating private sector investments, to developing modern processing, to strengthening global competitiveness.

Less than 40 percent of Afghan raisins produced are exported because of shortfalls in technical expertise, quality, and food safety standards. About 70 percent of exported raisins are traded with little or no processing, and at deep discounts relative to those from neighboring countries. The country also faces a highly volatile business environment, absence of efficient regulatory frameworks, and the unavailability of funding sources and de-risking tools for investors in the private financial market.

Agriculture is key to the Afghan economy, contributing 25 percent of the country’s GDP and providing livelihoods for more than 80 percent of the population. The country has the ideal climate to produce raisins—giving them a distinctive taste—and in the 1970s supplied about 20 percent to the global market. Since, the sector has suffered due to recurring political instability and security concerns. To encourage further growth, Afghanistan is seeking to maximize the potential of raisins to resurge as an export commodity through private sector participation.

Rikweda is being developed with the support of IFC’s working capital financing and advisory services for a total investment of up to $3 million and MIGA’s guarantees to cover up to $7.8 million to cover equity investments and loan guarantees. IFC and MIGA’s interventions are made commercially viable despite the high risks involved in the investment by innovatively using blended finance solutions.

The Rikweda project will be linked to the World Bank’s existing National Horticultural and Livestock Project (NHLP) with their support of $190 million. The objective of NHLP is to introduce new agricultural practices and help farmers enhance their productivity levels and comply with international standards. A large number of raisin drying houses are being constructed—owned by farmers who will eventually be integrated into the supply chain of Rikweda.

Without the collaborative efforts of IFC and MIGA, supported by $3.1 million from the IDA 18 IFC-MIGA Private Sector Window, the Rikweda project would not get off the ground. IFC’s involvement went beyond providing affordable financing by sharing industry comprehensive guidance to the client ranging from advising on plant and storage capacity designs, recruiting a financial and operational management team, to brokering negotiations with potential buyers in potential export markets. MIGA’s involvement in the project provides Rikweda with strong and long-term reassurance of business continuity in such a fragile business environment and helps them reach financial closing.

The investment, advisory interventions, and guarantees will lead to doubling the country’s raisin processing capacity and improving quality by implementing modern processing technology and food safety practices. Local raisin farmers will gain access to global export markets, which will support sustainable livelihoods for close to 3,000 rural smallholder farmers. The introduction of a crop that offers sustainable access to global markets will create spillover effects for the Afghan rural population, including women, who have long relied on opportunistic farming.

IFC’s advisory program will help Rikweda improve financial management capacity, food safety standards, and linkages with smallholder farmers. The Rikweda project is expected to have a long-term impact beyond the scope of just one raisin processor. The most significant expected impact is derived from improved yields and incomes for about 3,000 small-scale local farmers due to a relationship with a reliable processor. The project is expected to raise selling prices for raisin farmers in the region by 15-20 percent compared to current market prices by ensuring uninterrupted sales and eliminating intermediaries in the procurement.

The World Bank is providing $190 million through IDA support to enhance farmers’ agricultural practices and introduce new technologies such as raisin drying and handling through an existing project. They also allocated $3.1 million through the IDA18 IFC-MIGA Private Sector Window to support MIGA guarantees.

IFC will provide a working capital facility of up to $2.5 million and a long-term loan up to $500,000 as an advisory for investment product.

MIGA will provide guarantees against the risk of war and civil disturbance to cover the investors’ equity and quasi-equity investments of up to $7.8 million.