Seeing the Invisible: A Strategic Report on Groundwater Quality 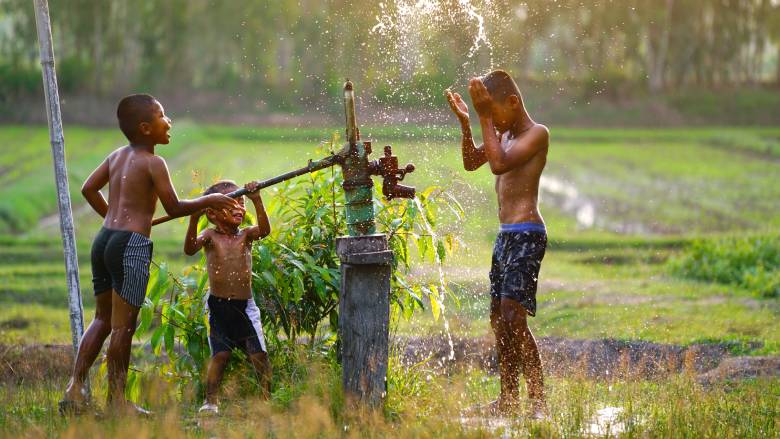 Rivers, lakes, and wetlands cover the landscape of our blue planet, but over 97 percent of the world’s freshwater resources lie beneath the ground. In fact, scientists estimate that there is 100 times as much groundwater on Earth as there is freshwater on its surface.

Groundwater is vital to human welfare and development, and in many countries it is the principal source of water for drinking, irrigation and industry. As a core component of the hydrological cycle, groundwater is also critical to sustaining many aquatic and terrestrial ecosystems.

Globally, groundwater resources are under increasing pressure due to overexploitation, pollution and climate change. Our response to this pressure is often not adequate as we still lack sufficient knowledge about these invisible resources. Because of the prominent role groundwater plays in supporting climate change adaptation strategies, its depletion has drawn global attention in recent years.  A new publication, Seeing the Invisible: A Strategic Report on Groundwater Quality, argues that the quality of groundwater, deserves equal attention.

Groundwater quality is important for many reasons, most notably because of the consequences of contaminated groundwater for human health, agriculture, and the economy - and the resulting restrictions that are then placed on the capacity of the resource to support climate change adaptation. The chemical and microbiological quality of groundwater is central to its utility, yet the resource remains vulnerable to contamination from both natural processes and human activities. Seeing the Invisible, and its companion, A Practical Manual on Groundwater Quality Monitoring, not only provide a detailed description of the types and nature of contaminants in groundwater, but also the tools and resources for their measurement and long-term monitoring, and techniques to protect the resource from being contaminated in the first place.

Detecting and managing groundwater contaminants requires a different approach than that of surface water. Pollution in surface waters is often easily detectable and can occur quickly and aggressively, but it is largely reversible once the contaminant source is removed. Groundwater pollution has almost opposite characteristics, it tends to happen slowly, but with no less serious consequences; and once the quality is damaged, it takes far longer to recover. Polluted groundwater can remain trapped in aquifers long after the contaminating activity has ceased. 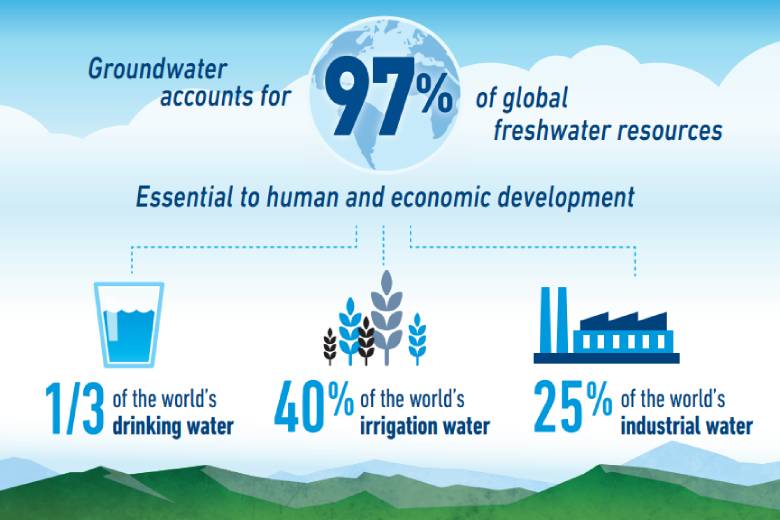 Most groundwater is naturally of good quality, but contamination poses increasing threats in urban and rural areas worldwide. Natural contaminants range from relatively benign elements, such as iron, to life-threatening substances, such as arsenic and fluoride, which are more widespread than previously believed. Anthropogenic, or human-generated, contaminants are extremely diverse and can have mild to extreme effects on human health and the environment. Examples include fertilizers, pesticides, industrial and mining wastes, and petroleum.  During the twentieth century, the use of petroleum products has become so widespread that shallow groundwater in every populated region of the Earth should be considered at risk of pollution.

Long-term sustainability will not be possible without groundwater planning and investments supported by strong institutions and an appropriate legislative framework. The Seeing the Invisible report outlines recommendations for characterizing and assessing the risk, for representative monitoring, and perhaps most importantly, for preventing contamination from happening in the first place. Given the technical complexity and the substantial time and cost required to clean up polluted groundwater, prevention is better than cure from the perspective of economic, environmental, and population health. To this end, the report also addresses the need for groundwater quality governance and institutional strengthening.  It will assist budget planners, project managers, and water resource managers to embed groundwater quality monitoring in government plans and project designs and to support on-the-ground implementation of its measurement.

Groundwater quality management is almost universally neglected until the human and economic costs become too obvious to ignore. This year, groundwater is finally in the spotlight as the theme of World Water Day 2022.  “Groundwater – Making the Invisible Visible,” draws attention to the hidden water resource that has always been critically important, but not fully recognized in sustainable development policymaking. Our report contributes to this initiative by highlighting the importance of groundwater quality and its role in water resource management as we strive to achieve a water-secure world for all.