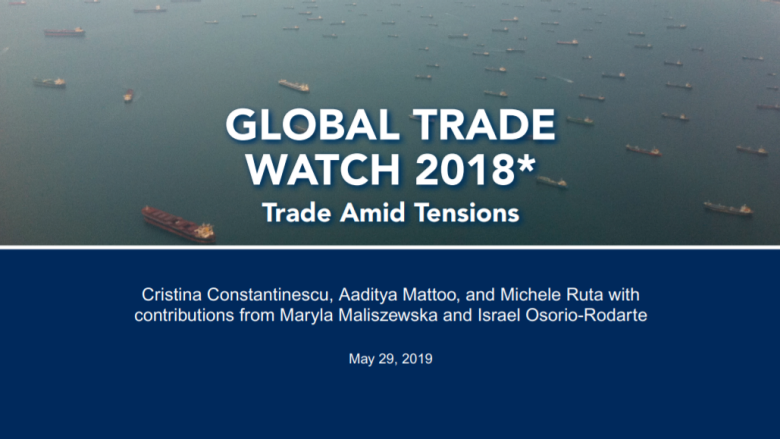 Global Trade Watch  is an annual publication that tracks emerging trends in global trade. The 2018 edition seeks to answer key questions like:

Washington, May 29, 2019—Global Trade Watch, an annual publication that provides analysis of emerging trends in global trade, found that trade growth slowed in 2018 before showing signs of stabilizing in the first quarter of 2019. But the U.S. tariff increases implemented in early May and the response announced by China could dim the outlook going forward.

The analysis showed that global trade grew by just 3.8 percent in 2018, down from 5.4 percent in 2017. Tit-for-tat tariffs affected 2 percent of global merchandise trade, but their effects on global poverty have been muted so far.

Yet if trade tensions were to intensify and cause a drop in investment, a lot is at stake: up to 30.7 million people could be pushed into poverty at levels below $5.50 a day under a worst-case scenario. Global income could be reduced by as much as $1.4 trillion. Roughly half of the global income loss would be borne by developing countries other than China. 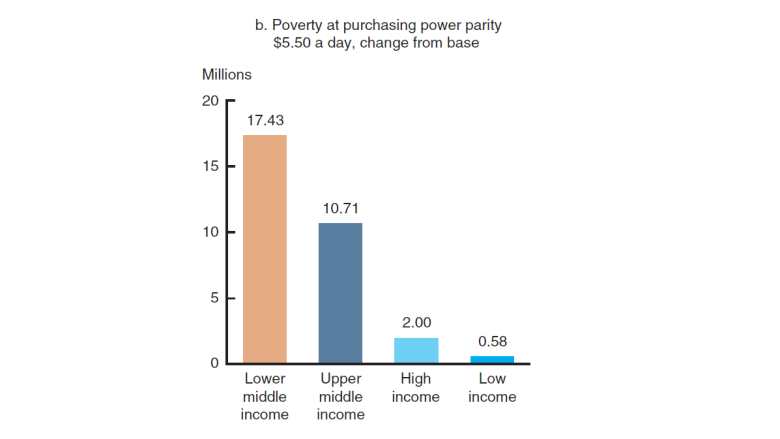 How Trade Tensions Impact the Flow of Goods

Retaliatory tariffs by the U.S. and China are changing the global flow of goods. As a result of the U.S.-China tariffs, trade was diverted toward many developing countries, including Brazil, India, Malaysia, Mexico, and Vietnam. For example, Chinese imports of soybeans from the U.S. declined sharply. But the export of soybeans from Brazil to China soared by $8 billion in 2018 (an increase of nearly 40 percent), offering one of the most significant examples of trade diverted by U.S.-China tariffs.

Tariffs have not affected all goods in the same way. For example, U.S. imports of products such as electrical connectors from China—which a specific company tends to manufacture for a specific business in the United States and which cannot be easily substituted—increased by 1 percent year on year from August through December 2018.  In contrast, U.S. imports from China of hard-disk-drive units, which are more easily substituted, declined by as much as 85 percent, shifting in part to the Philippines.  The evidence shows that the United States targeted “stickier” products than China, resulting in smaller effects on trade volumes.

Imports of targeted products by both the U.S. (left panel) and China (right panel) have declined, although declines are smaller for “sticky” products.

Should they remain unresolved for long, trade tensions could also disrupt existing global value chains. Tariffs applied by the United States on imports from China are biased heavily against intermediate goods—unlike China’s retaliatory tariffs, which apply to all product categories. As a result, economic models suggest that U.S imports of intermediate goods from China are likely to decline by more than 40 percent. U.S. businesses that rely on such goods would likely switch to suppliers in other countries in Asia, in Europe, and in Canada and Mexico. Such switching could generate adjustment costs in sectors and locations affected by trade diversion.

Trade tensions and tariff increases hurt the countries directly involved the most, although they could have long-term consequences for all countries due to the increased uncertainty. Other countries would do well to stay out of the fight and continue with trade deals that preserve and improve open markets. It is in the long-term interest of both industrial and developing countries for trade tensions to be resolved through a multilateral approach and World Trade Organization reforms.