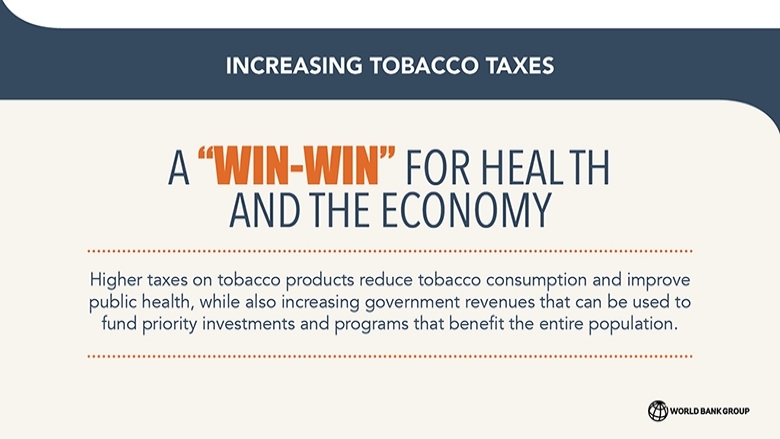 The World Bank’s Tobacco Control Program coordinates closely with the World Health Organization (WHO), the European Union, Campaign for Tobacco Free Kids, and other key partners, including the Bloomberg Philanthropies and the Bill and Melinda Gates Foundation.