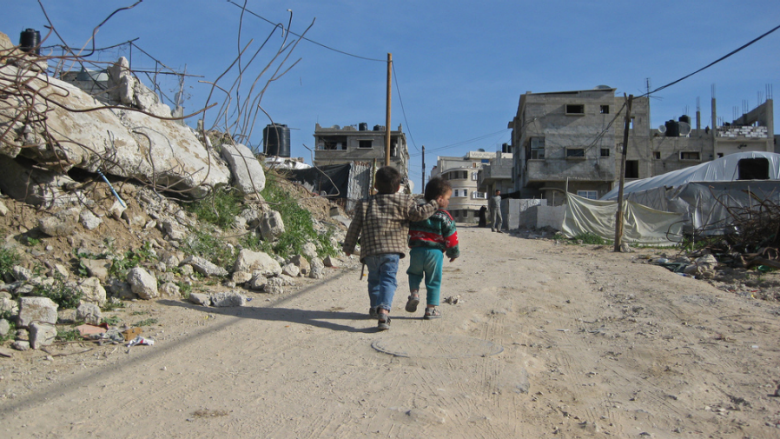 Governments in developing countries address many of their own people’s “humanitarian” needs themselves, including through the provision of cash or in-kind transfer programs. But such needs may frequently exceed national capacities to meet them. Throughout history, the international humanitarian architecture has played an important role in fulfilling functions that are normally rendered by governments.

In filling this gap, the interaction between international and national actors can be complex. Recent experiences offer brighter prospects. On balance humanitarian assistance and social protection seem to be on a partly converging trajectory. As this paper illustrates, building national systems—combined with a shift from short-run to more durable approaches—is increasingly becoming a unifying framework for assistance provided by different actors.

To some extent, however, a distinctive feature of humanitarian assistance revolves around the degree of involvement and engagement of national authorities. For instance, it is estimated that out of the $27.2 billion of international humanitarian assistance in 2017, only 2.5 percent was channeled through host governments. The rest was directed outside government structures, including through some 4,480 actors comprising international and national nongovernmental organizations (NGOs), civil society, and others. Meanwhile, a number of national governments are, of course, also allocating domestic resources to address emergencies within their own borders and without recourse to the international community.

In contrast, social assistance or safety net programs are operated by and through governments.

By “social assistance” or “safety nets” we refer to noncontributory transfers to poor or vulnerable households or individuals. These may be in cash (e.g., child grants, social pensions) or in kind (e.g., school meals). The term also includes entitlements to reduced expenditure for poor or vulnerable households, such as targeted subsidies or fee waivers for essential social services. These programs are components of broader permanent social protection systems, with the latter also including social insurance (such as contributory transfers), various labor market interventions, and select social services.

Social protection is provided regularly and on a multiyear basis; it is often enshrined in legislation, integrated in sectoral policies, financed from domestic budgets, and represents a cornerstone in government-citizens’ social contracts.

In addition, social protection programs may be planned and coordinated via inter-ministerial committees, while international humanitarian assistance often rests on the United Nations (UN) cluster system, which may not systematically involve national authorities. Operating through governments entails engaging in the political economy of redistribution, and this can be especially challenging among countries with a long history of sectarian and ethnic violence.

Given these differences, it can be challenging to reconcile the international nature of much humanitarian assistance with the demand for increased national ownership— and short-term planning horizons with the desire for longer-term, more sustainable approaches. Several factors—both political and operational—suggest that there is currently an appetite among governments and their partners for exploring and resolving these challenges.

But how would enhanced interactions look in practice?

The purpose of this paper, which draws on global literature, as well as each case study report, is to clarify the ways in which humanitarian assistance and social protection programs might better coexist, the circumstances under which convergence might be appropriate, and successes and challenges in doing so.