Fragility and Conflict: On the Front Lines of the Fight against Poverty 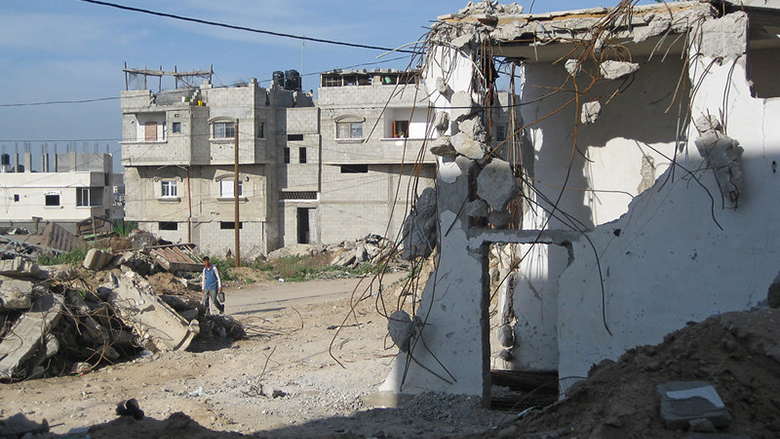 Globally, the prevalence of fragile and conflict-affected situations (FCS) continues to rise. The number of forcibly displaced people worldwide has more than doubled since 2012, exceeding 74 million in 2018. A new report estimates that by 2030 up to two-thirds of the global extreme poor may be living in FCS, making it evident that without intensified action, the global poverty goals will not be met.

The new report, “Fragility and Conflict: On the Front Lines of the Fight against Poverty,” notes that the 43 countries in the world with the highest poverty rates are in FCS and/or Sub-Saharan Africa.  Economies facing chronic fragility and conflict have had poverty rates stuck at over 40 percent in the past decade, while countries that have escaped FCS have cut their poverty rates by more than half. Today, a person living in an economy facing chronic fragility and conflict is 10 times more likely to be poor than a person living in a country that hasn’t been in conflict or fragility in the past 20 years.

"This report clearly illustrates a two-speed world, in which extreme poverty is becoming more entrenched in fragile situations while it is rapidly declining in others. Unless we tackle the drivers of fragility and conflict, we won’t be able to win the fight against extreme poverty."
Carolina Sánchez-Páramo
Global Director for the World Bank’s Poverty and Equity Global Practice

The number of people living in proximity to conflict — defined as within 60 kilometers of at least 25 conflict-related deaths — has nearly doubled since 2007, with one in five in the Middle East and North Africa region now living near conflict.

500 million people live in FCS economies with no or outdated poverty data. To overcome critical data shortages and generate timely international poverty estimates, the report used statistical assumptions and imputations that result in 33 million additional people estimated to live in extreme poverty. Of these, 17 million additional poor are in FCS, resulting in a 7 percent increase in the number of poor in FCS.

People living in FCS are more likely to suffer multiple deprivations than those in other places. One in five suffer from monetary, education, and infrastructure deprivations simultaneously. Economies in FCS lag behind non-FCS economies in all aspects of human capital — people’s health, education, and skills. Conflict deaths and institutional fragility are associated with lower economic growth rates.

While the immediate effects of conflict are stark, there are long-term ramifications that can impact generations of people. Exposure to conflict in childhood leads to poorer lifetime health, and the negative health effects go beyond the current generation as children of the original victims of conflict also have worse outcomes. Human capital losses due to conflict lower people’s lifetime productivity and earnings and reduce socioeconomic mobility.

To tailor policy choices in FCS economies requires analysis to uncover particular indicators of fragility that may deserve active monitoring in both fragile and non-fragile settings. Based on an analysis of governance, conflict, and socioeconomic variables, the report proposes a data-driven set of country fragility profiles and suggests that real-time monitoring of select fragility indicators may enable some countries to take preventive action.

While monitoring and early warning systems help to identify hot spots and signs of deterioration, designing policies and intervention for mitigation inevitably demands a better understanding of the mechanisms that trigger conflict. To maximize impact, policy and programming in FCS must be context-specific, spatially targeted, and guided by clear strategic priorities. 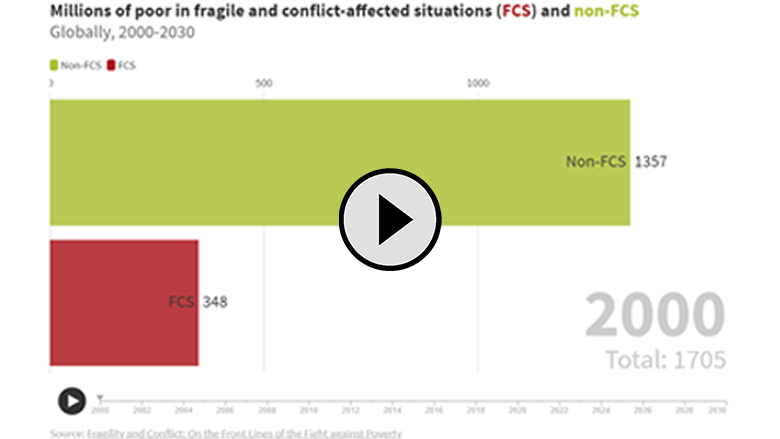