Unrealized Potential: The High Cost of Gender Inequality in Earnings 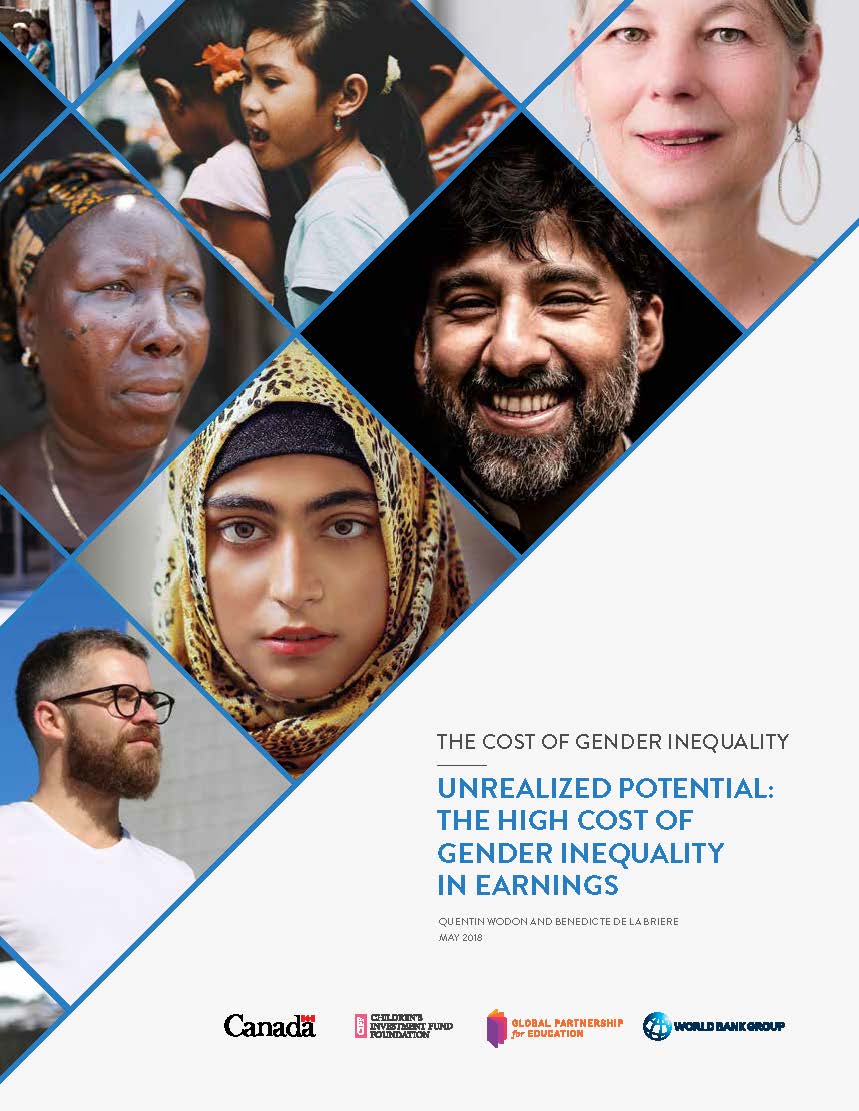 Unrealized Potential: The High Cost of Gender Inequality in Earnings is the first in a series of reports that aim to measure the global economic costs of gender inequality. This first report measures these losses in lifetime earnings.

In many countries, girls’ average educational attainment remains lower than boys and adult women are less literate than men. Apart from these gender gaps in educational attainment, discrimination and social norms shape the terms of female labor force participation. Women are less likely than men to join the labor force and to work for pay. When they do, they are more likely to work part-time, in the informal sector, or in occupations that have lower pay. These disadvantages translate into substantial gender gaps in earnings, which in turn decrease women’s bargaining power and voice.

In addition, many girls are married or have children before the age of 18, before they may be physically and emotionally ready to become wives and mothers. Women and girls also face higher risks of gender-based violence in their homes, at work, and in public spaces. Their voice and agency is often lower than that of males, whether this is within the household, at work, or in national institutions. This also affects their children. For example, children of young and poorly educated mothers often face higher risks of dying by age five, being malnourished, and doing poorly in school. Fundamentally, gender inequality disempowers women and girls in ways that deprive them of their basic human rights.

This lack of opportunities for girls and women entails large economic costs not only for them, but also for their households and countries. Achieving gender equality would have dramatic benefits for women and girls’ welfare and agency. This, in turn, would greatly benefit their households and communities, and help countries reach their full development potential. It would reduce fertility in countries with high population growth, as well as reduce under-five mortality and stunting, thereby contributing to ushering the demographic transition and the associated benefits from the demographic dividend.