Adopted in 1987, the Montreal Protocol on Substances that Deplete the Ozone Layer legally enforces the phase-out of the production and use of ozone depleting substances - chemicals often used in refrigeration, air-conditioning, foam manufacturing, aerosol production, and fire extinguishing.

The treaty's financial mechanism, the Multilateral Fund for the Implementation of the Montreal Protocol, has funded the incremental costs of compliance in developing countries  since 1991, a task complemented by the Global Environment Facility in countries with economies in transition.

The Montreal Protocol has, contributed to a significant drop in total global production and consumption of ozone depleting substances used in agricultural, consumer and industrial sectors around the world. It has also generated climate benefits as some of these substances are greenhouse gases, too.

Since 2010, the agenda of the Protocol has focused on the phase-out of hydrochlorofluorocarbons (HCFCs), an ozone-depleting susbtance mainly used in cooling and refrigeration applications, and in the manufacture of foam products.

In addition to the ozone benefit, the HCFC phase-out agenda strongly emphasizes climate mitigation and energy efficiency. Climate gains are achieved by using substances with lower or no global warming potential and, large energy efficiency improvements can be achieved through certain technology upgrades.

The World Bank’s strategy for HCFC phase-out focuses on maximizing environmental benefits by better reflecting the convergence of the ozone and climate agendas in project activities.

The goal is to better integrate HCFC phase-out work in Bank-financed energy efficiency programs while increasing demand for non-HCFC equipment and informing users on the possible climate impact of alternative technologies. The strategy also supports working directly with manufacturers and the service sector to demonstrate the use of technology in projects that help improve performance, lower energy consumption, while enhancing climate benefits. Issues of commercial availability and costs of alternative solutions make it challenging for some manufacturers to move away from HCFCs, particularly in certain developing countries.

A range of programs and initiatives within the World Bank, consistent with the Protocol’s HCFC phase-out goals, promote energy efficiency through technical assistance and knowledge sharing across a variety of platforms. The newly announced Low-Carbon Livable Cities (LC2) Initiative will support efforts to plan and finance low-carbon, climate-smart development in 300 of the largest developing country cities around the world over a four-year period. The City Energy Efficient Transformation Initiative, a three-year initiative of the World Bank, seeks to help urban leaders integrate energy efficiency into the core of city planning and makes available assistance to design targeted interventions in buildings and city areas.

The Bank’s HCFC projects are also designed to avoid, where technically and economically feasible, the introduction of substances with high global warming potential, namely hydrofluorocarbons (HFCs). While HFCs pose no harm to the ozone layer, the Bank promotes an approach that accounts for potential climate impacts, benefits and trade-offs along a product’s life, from production to disposal. On the ground, this means optimizing and minimizing the use of HFCs with high global warming potential, while promoting accompanying energy-efficiency measures to encourage a positive net climate benefit from the transition.

Non-HFC technologies are promoted to the extent possible, for example in foam manufacturing where hydrocarbon technologies can be safely and cost-effectively adopted. However, for other applications, such as air-conditioning, where viable alternatives to HFCs are not yet considered technologically mature and commercially competitive, the Bank works with country partners and industry to support transition to more energy efficient systems that use HFCs with a lower global warming potential. To promote this approach, the Bank works across sectors to identify areas of common interest that lend support to accelerating the growth in the market for non-HFCs refrigerants and coolants.

To stay at the forefront of technological advances, the Bank engages with key private-sector players, maintains a roster of technical experts, and organizes discussions on technology. This allows the Bank to provide the most viable current technological and economic solutions to clients to limit the use of HFCs and it also informs the Bank’s role as an active partner in the Climate and Clean Air Coalition, the umbrella group that promotes global action on all short-lived climate pollutants (SLCPs).

Since 1991, with more than $1 billion in grant approvals, the Bank has supported the implementation of 700-plus investment and technical assistance phase-out activities in client countries. This has generated a phase-out of more than 500,000 tons of production and use of ozone depleting substances, which in turn has avoided emissions of more than 1.2 billion tons of carbon dioxide equivalent.

The World Bank–China Montreal Protocol partnership alone has, since 1991 phased-out the consumption and production of more than 219,000 tons of ozone-depleting substances from sectors as diverse as refrigeration, air-conditioning, foam manufacturing, aerosol production and fire extinguishing. The carbon-dioxide equivalent avoided by these achievements equals 885 million tons, the same as taking 184 million-some cars off the roads.

The Bank is working with country partners in Argentina, China, Indonesia, Jordan, Vietnam and Thailand to implement $206 million in activities that strategically address the first stage of HCFC consumption and production phase-out obligations. These projects run, depending on the country, through 2018. 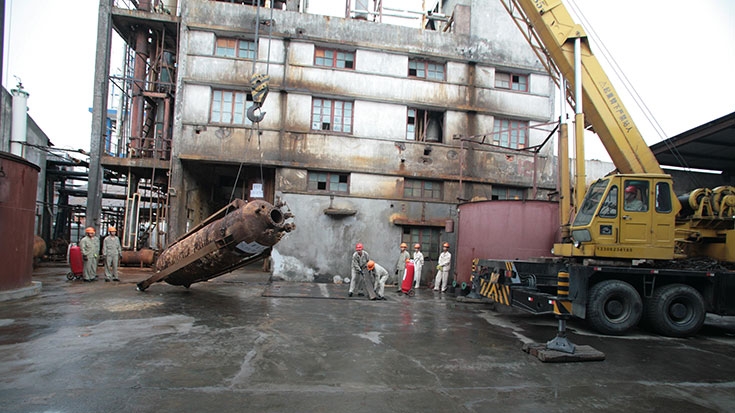 China’s Effort to Save the Earth’s Ozone Layer