Responding to COVID-19 by Advancing Social Safety Nets in Liberia 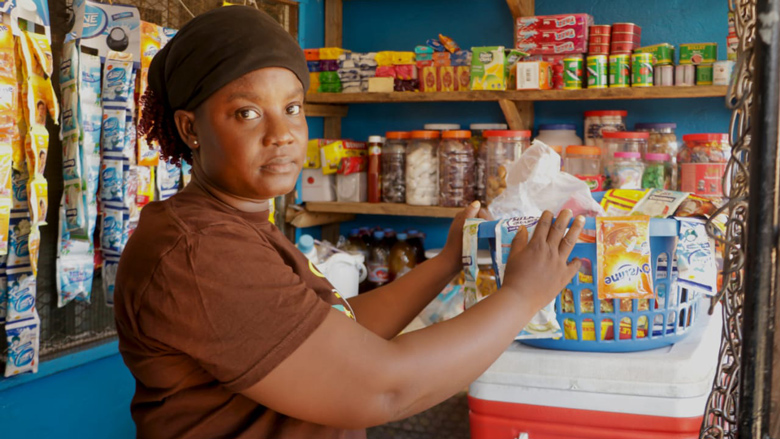 The COVID-19 pandemic exacerbated poverty and threatened livelihoods in Liberia. The need to respond to this challenge spurred the expansion and digitization of the government’s ongoing cash transfer program. The Liberia Social Safety Nets Project launched the government’s first-ever urban cash transfer program. It provided emergency cash transfers for close to 15,000 households living in vulnerable communities in the Greater Monrovia area, which had recorded the highest number of COVID-19 cases in Liberia. These households received the cash transfers in their mobile wallet accounts. Importantly, up to 70 percent of cash recipients were women.

Poverty remains widespread in Liberia. According to the latest available national household survey data (2016), 50.9 percent of the population is living in poverty. Furthermore, the poverty rate in rural Liberia (71.6 percent) is more than double that of the urban areas (31.5 percent). With the onset of the COVID-19 pandemic, the share of households living below the national poverty line was projected to rise, ranging from between 65.2 to 68.9 percent in 2020. Social protection programs, including social safety nets, are key to the government’s development agenda in addressing vulnerability and reducing poverty, as outlined in its 2018-2023 medium-term national development plan. Also, decades of rigorous research have documented the effectiveness of safety net programs, most notably cash transfers, in the fight against poverty, including during a crisis.

The Liberia Social Safety Nets Project (LSSNP) aims to establish the key building blocks of a basic national safety net delivery system by providing income support to extremely poor and food-insecure households. Prior to the COVID-19 pandemic, the Social Cash Transfer (SCT) program under the LSSNP predominantly benefitted poor households in rural areas. It delivered payments through the cash-in-transit method, which meant physically transferring (a large number of) banknotes from one location (for example, local banks) to the communities of the beneficiaries. In response to the COVID-19 pandemic, the Government of Liberia extended the coverage of the SCT program to include urban households in Greater Monrovia, calling this scaled-up program the SCT-COVID. To ensure the timely roll-out of the SCT-COVID, the Ministry of Gender, Children and Social Protection (MGCSP) engaged an experienced service provider, GiveDirectly. It is a non-profit organization with over a decade of experience in providing cash transfers via mobile money, including through partnerships with governments in Africa. It launched its first operations in Liberia in 2018. Since the cash-in-transit method typically involved large gatherings of people to receive their cash transfers, the SCT-COVID opted to deliver benefits via mobile money, which would allow staff and beneficiaries to maintain social distancing protocols.

Highlight how the project contributed to the country high-level development objective(s), such as CPF objectives. Provide data to support the statements, if available.

The SCT-COVID program provided much-needed income support to vulnerable households. Indeed, it helped to prevent many families from having to resort to negative survival strategies (for example, switching to lower quality food, selling assets, taking children out of school, and high-interest borrowing). A survey conducted by GiveDirectly during implementation found that 42 percent of recipients reported spending a portion of their cash transfers on the purchase of food, 37 percent on education for family members or other dependents, and 21 percent on spending for other expenditures, including health and expanding their existing businesses. The SCT-COVID program supports the second pillar of the World Bank’s Country Partnership Framework for Liberia, which focuses on building human capital to seize new economic opportunities.

The LSSNP is implemented by the Ministry of Gender, Children and Social Protection (MGCSP) with funding support from the World Bank and the United Kingdom’s Foreign, Commonwealth & Development Office, and the United States Agency for International Development. The World Bank provides implementation support to the project. Additional technical support was provided in  partnership  with the Ministry of Health of Liberia, the Ministry of Agriculture of Liberia, the Liberia Institute of Statistics and Geo-Information Services, and the Liberia Anti-Corruption Commission. The SCT-COVID program was implemented by the MGCSP and GiveDirectly as the service provider.

The SCT-COVID program was a one-time emergency cash transfer program, but it helped to catalyze the expansion of cash transfer programs in Liberia. The successful collaboration with GiveDirectly will continue for the expansion of the SCT program in rural areas. An additional 6,500 poor households from the Bomi and Maryland Counties are being enrolled in the SCT program starting in March 2022 and continuing with the distribution of cash transfers via mobile money to begin in April 2022. The response to the twin health and economic shocks of COVID-19, and the firsthand experience gained in implementing the SCT-COVID program, paved the way for an expansion of social safety nets, thereby  equipping Liberia with the ability to weather future crises.

“When I received my cash transfer, I was very happy! Without the transfer, I wouldn't have started my (dry goods) business. Receiving this transfer made my dream come true.”  Verbah Howard, who previously did not have a source of income.

“I am very happy for the transfer; I don’t know how to thank you. My children are not going to beg again, and I will use this money to make our lives better.” Comfort McGill, who previously only washed clothes and cleaned houses for people in her community, was able to improve her income by starting a bread-making business with the cash transfer.

“The rainy season is really disturbing for our lives. We can’t even sleep. Now with the help of the Ministry of Gender, Children and Social Protection, we’ll be able to move to our own house soon.” Sophie Wleh, who previously lived in a rented zinc shelter with her husband and four children. She engages in petty trade, selling charcoal, oil, rice, biscuits and other small goods in her community. 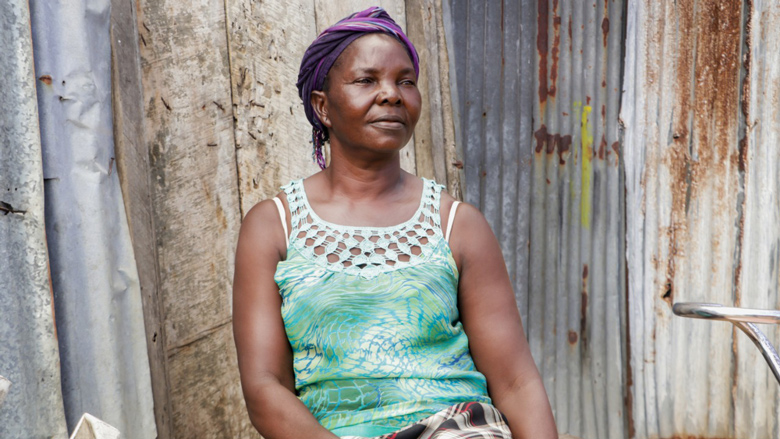