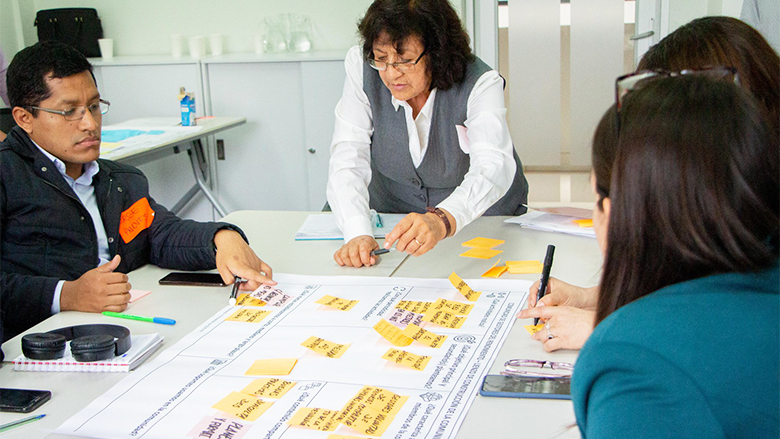 The government of Peru undertook reform efforts (i) to improve the management and reporting of public expenditures in subnational and local governments; and (ii) to implement the government’s legal and institutional framework for public-private partnerships. New regulations were prepared to support implementation of the Strengthening Fiscal Responsibility and Transparency Law, leading to vastly improved compliance and results.

The rapid decentralization process and expansion of public-private partnership (PPP) programs in Peru between 2005 and 2015 highlighted the need to improve these programs’ reporting and management frameworks to manage potential risks. Over this period, nearly all sectoral functions and associated financial resources were transferred to 26 regional governments (RGs) and to more than 1,800 local governments (LGs), regardless of their readiness and capacity. In 2014–15, subnational governments accounted for about 38 % of total nonfinancial public sector spending and 60 % of total public investment spending. Many subnational governments (SNGs) increased staff numbers to help build capacity, but most hiring was conducted in an uncompetitive manner. The rapidly expanded PPP program lacked a strong quality control process, with many projects hastily prepared and often supply driven in response to unsolicited proposals submitted by private sector entities seeking public contracts.

The SNGs’ weaknesses in public investment and budget management highlighted the importance of maintaining prudent fiscal management and of strengthening management capacity to implement public investment programs and PPPs at all levels to contain fiscal risks and accelerate project implementation. The government recognized the need to provide SNGs with fiscal rules and a strict reporting framework. While the overall PPP framework was strong, an additional step was needed to fully integrate SNGs into the public investment system and to deploy structured decision-making processes for the fiscal risks associated with PPP contracts.

The Peru Public Expenditure and Fiscal Risk Management Development Policy Finance–Disaster Drawdown Option (DPF-DDO) project supported key policy reforms through eight prior actions focused on (i) implementing the legal framework for SNG reporting; (ii) clarifying the institutional responsibilities for SNG monitoring; (iii) issuing regulations to clarify roles in implementing the new fiscal responsibility law; (iv) establishing a new human resource management (HRM) regime with a category of professional and competitively recruited public managers; (v) enacting a new PPP framework that integrated PPP projects into the budget process with selection criteria based on technical assessments and with a requirement for a favorable binding opinion from the Ministry of Economy and Finance (MEF) for new projects prior to contract signature; (vi) appointing MEF as the guiding entity for the review and approval of PPPs under the national public investment process; (vii) revising the procedures for receiving and processing unsolicited PPP proposals and putting a dispute resolution mechanism in place for PPP contracts; and (viii) designing a national private investment promotion system to guide PPPs through a clearer process with technical criteria and institutional roles.

The framework for subnational fiscal rules and transparency was established as early as 2000 through the Fiscal Responsibility and Transparency Law (Law 27245). Most SNGs experienced difficulties complying due to the complexity of the fiscal responsibility framework and the extensive number of fiscal rules. In 2009, partly in response to the impact of the global financial crisis, efforts were renewed to ensure compliance by simplifying and improving coherence between fiscal rules on spending and debt limits.

Between 2009 and 2015, the Peruvian government issued regulations to strengthen the management and reporting framework for fiscal responsibility in SNGs, including the procedures for determining the fiscal targets and laying out the methodology, reporting, and disclosure requirements and sanctions for noncompliance with the fiscal rules. The following are key reforms and policies that resulted from the project: 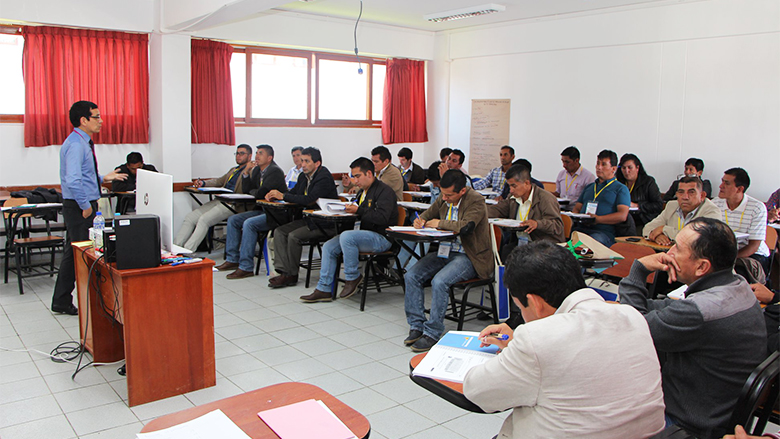 The World Bank, through the International Bank for Reconstruction and Development (IBRD), provided a loan in the amount of US$1.25 billion to finance this project.

The DPF-DDO was closely coordinated and complementary with other key WBG-financed operations. For instance, the project enhanced the ability of the International Finance Corporation (IFC) to actively participate in new PPPs, something that has been precluded in part by the excessive issuance of public guarantees. In addition, the parallel Boosting Human Capital and Productivity DPF-DDO (2016) supported measures to enhance the education policy framework to enhance skill quality; facilitate entry, operation, and exit of firms; and reduce trade transaction costs. In Lima, a key SNG, the Lima Metro Project (2015) supported Peru’s largest PPP.

The main partners for this project included other multilateral development banks supporting SNGs and PPPs in Peru (namely the Inter-American Development Bank and the Development Bank of Latin America), as well as the Ministry of Economy and Finance (particularly its technical unit in charge of monitoring SNG financing), the newly established PPP unit, and the national civil service authority (SERVIR) that oversees the design and roll out of the new HRM regime.

The main beneficiaries of the project are the technical staff in the Ministry of Economy and Finance responsible for SNG monitoring and the staff in PPP units, which now have clearer mandates to conduct technical project evaluations and make decisions regarding financing. Other beneficiaries include staff in the civil service authority and, most importantly, civil servants and professional Peruvians who can now apply for SNG managerial positions in filled through open and competitive recruitment.

Given the crucial importance of SNG and PPP financing to fiscal and economic management in Peru, both areas will continue to be included in the Bank’s overall economic monitoring and as part of stand-alone analytical work. The recently prepared World Bank Policy Notes for the incoming government covered both of these issues. Ongoing dialogue with the authorities includes potential operations focused on public financial management and investment management in SNGs. 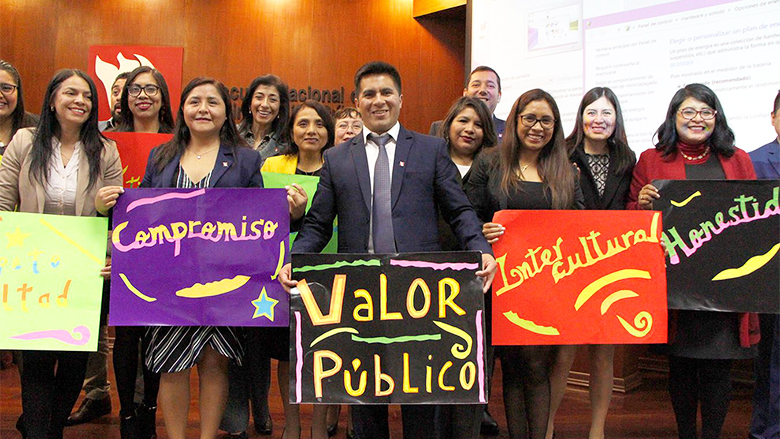