Fueling an Engine of Sustainable Growth: Agricultural Innovation in Peru 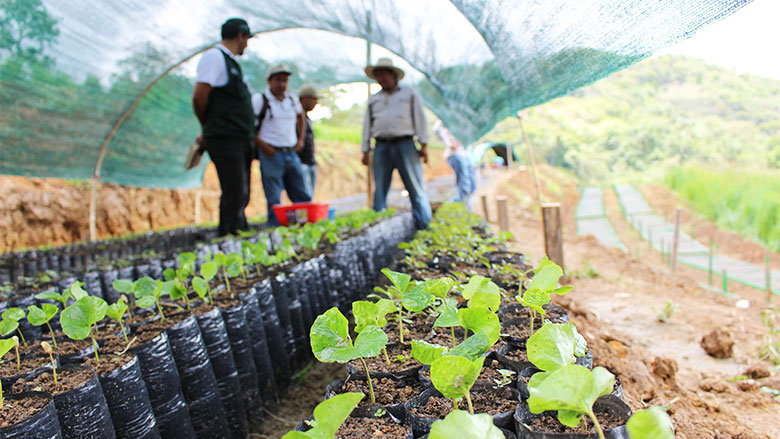 Peru strengthened its national agriculture innovation system through a combination of institutional reforms, capacity strengthening activities, and supporting investments. A demand-driven competitive grants mechanism supported 541 subprojects, generating innovations that have been adopted by nearly 32,000 farmers, boosting their incomes by an average of 34 %. In addition, more than 75,000 training days were provided to researchers and extension professionals, and 57 agriculture-related master’s degrees, including 25 for women, were granted.

For a long period after its creation in 1978 with a mandate to support innovation in the agriculture sector, Peru’s National Institute for Agricultural Innovation (INIA) made limited progress. Constraints included stagnant budgets, inadequate infrastructure, constant reorganization, and a high rate of staff turnover. Operating in an uncertain and constantly shifting policy environment, INIA faced difficulties establishing coherent priorities and implementing effective programs. INIA’s chronically weak performance led to waning political support that was soon reflected in a lack of financial backing: between 2000 and 2010, Peru’s public spending on agricultural research and development averaged less than 1 % of agricultural GDP, extremely low by global standards. The resulting lack of innovation contributed to a productivity slowdown and kept the agriculture sector from achieving the high rate of sustained growth needed to improve food security and reduce poverty in rural areas.

The agricultural innovation model traditionally used in Peru was linear and dominated by public agencies: Public research institutes were expected to generate improved technologies that could be passed to public extension agencies for transfer to end users. The World Bank, drawing on global experience and in partnership with the Inter-American Development Bank, set out to replace the linear model with a multi-actor innovation network in which public agencies, private firms, civil society organizations, and end users could interact through iterative feedback loops, allowing innovations originating in different places to flow throughout the system in response to supply and demand forces. To facilitate the emergence of the new multi-modal innovation network, the National Agricultural Innovation Project (known as PNIA from its name in Spanish) supported activities on several fronts. One set of activities focused on strengthening INIA as the leader of the national agricultural innovation system by renovating aging infrastructure, modernizing equipment, training staff, and reforming institutional policies and operating procedures. A second set of activities focused on building the national agricultural innovation system by establishing regional bodies and supporting the design of localized innovation agendas. A third set of activities focused on promoting innovation on the ground, most notably through a demand-driven competitive grants program that directed funding to innovation activities via 541 subprojects implemented throughout the country.

PNIA, implemented between 2015 and 2021, achieved the following key results. 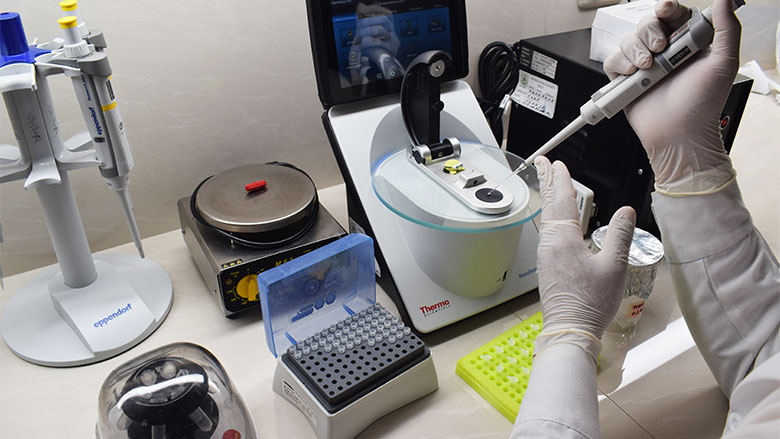 The World Bank, through the International Bank for Reconstruction and Development (IBRD), approved a loan in the amount of US$40 million to finance this project. By project closing, more than 97 % of the IBRD loan proceeds had been disbursed.

Other support for project preparation activities came through a grant in the amount of US$350,000 financed by the Spanish Fund for Latin America (SFLAC), a trust fund established by the Spanish Ministry of Economy and Competitiveness and administered by the World Bank. SFLAC is the only region-specific trust fund program and a critical instrument of the Bank’s work in the Latin America and Caribbean region.

The government of Peru provided approximately US$37.4 million in counterpart funding to finance project costs.

In addition, many partners and stakeholders contributed to PNIA’s success.

It is important to note as well that PNIA was part of the Peruvian government’s larger National Innovation Program, which received parallel financing from the Inter-American Development Bank in the amount of US$40 million. Teams from the two banks collaborated closely throughout the preparation and implementation phases, coordinating efforts in pursuit of a common development objective.

Carmen Chavez, a veterinary student from the Amazonas Region in Peru, is one of 189 students who benefited from PNIA’s international internship program. The program sent her to Sassari University in Sardinia, Italy, where she spent six months studying improved management practices for sheep milk production. She chose the topic because she is interested in identifying intensive livestock production strategies that could help slow deforestation in the Peruvian Amazon. In the first three months, Carmen carried out field work in the Caseificio Deidda processing plant, where she learned how to make dairy products. For the final six months, she worked on the Cuscusa farm, handling, feeding, and caring for goats and sheep. Carmen says, “Thanks to this internship, I have realized my responsibility as a professional to contribute to the development of our country and particularly my region: Amazonas.”

The impressive results achieved by PNIA provide compelling evidence that supporting innovation at the sectoral level can be highly effective. Sustaining the results achieved under PNIA and building on the foundation it has laid will depend on strong ownership of the project by the government of Peru and sustained political and financial support. An active debate is currently under way in Peru concerning the relative advantages and disadvantages of supporting innovation at the sectoral level versus consolidating efforts within a single, more centralized agency or program. The outcome of this debate will likely influence whether the results achieved under PNIA can be maintained. 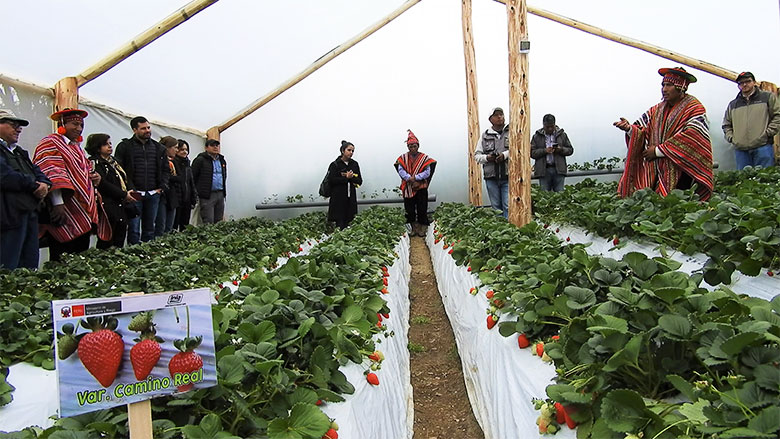