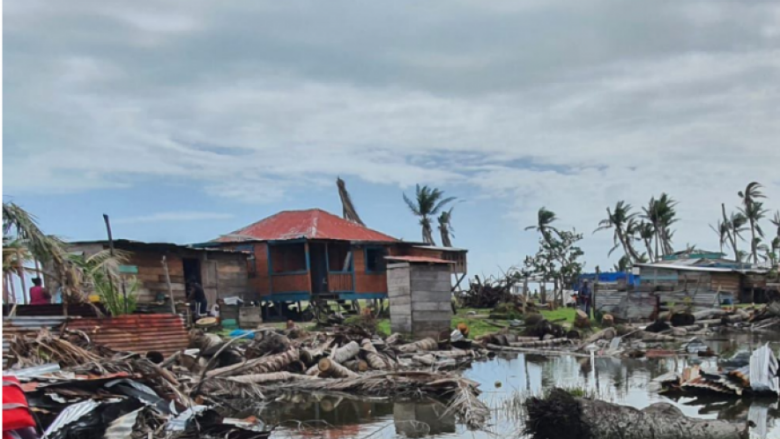 Nicaragua has become a steady member of the Central America and Caribbean Catastrophe Risk Insurance Facility Segregated Portfolio Company, the region’s primary disaster risk pooling mechanism, established in 2007. Since Nicaragua began its membership with the purchase of tropical cyclone and earthquake policies in 2015, the government has not only increased its financial commitment to the facility by purchasing higher levels of coverage, it has also enhanced its knowledge of the risk models, products, and policy benefits and limitations. As a result, disaster risk financing remains one of the government’s top priorities, as evidenced by the last two years’ decreases in the percentage of the premium financed by the credit and the consistent budgeting by the Ministry of Finance of the balance.

Nicaragua is classified as being at the highest risk level for climate-related and other natural disasters; it is in the high-risk group for earthquakes, floods, and epidemics and in the medium-risk group for drought and hurricanes. Without adequate fiscal management strategies, major catastrophic events jeopardized government efforts to end extreme poverty and boost shared prosperity while threatening to reverse hard-won development gains. In terms of disaster-related economic impacts, between 1994 and 2013, hydrometeorological disasters in Nicaragua were associated with annual losses of US$301.75 million, equivalent to an annual loss of 1.71 % of its gross domestic product (GDP). The limited ability to absorb fiscal shocks associated with natural hazard impacts relates to restricted capacity for external borrowing as well as limited use of financial tools to manage fiscal volatilities. The country needed a comprehensive budget protection strategy against natural hazards to safeguard fiscal accounts and balances while allowing for rapid resource mobilization in the wake of a disaster.

Catastrophe risk pooling at the regional level is a cost-efficient means of safeguarding against extreme events, and the Nicaragua Catastrophe Risk Insurance Project has supported Nicaragua’s participation. By enabling aggregation of risk into larger, more diversified portfolios, premiums are more affordable and international reinsurance and capital markets become more accessible than would otherwise be possible for a country in Nicaragua’s situation. The region’s most prominent mechanism, the Central America and Caribbean Catastrophe Risk Insurance Facility Segregated Portfolio Company (CCRIF SPC), mobilizes funds that contribute to reducing the overall gap between member countries’ contingent liability and their susceptibility to financial shock from natural catastrophes. Under the parametric risk insurance approach, within 14 days of a disaster event Nicaragua receives payouts triggered by certain predefined loss thresholds. In addition, technical assistance components strengthen the government’s capacity to take informed decisions, in tandem with the facility’s own technical assistance (TA) program aimed at deepening member countries’ understanding of natural hazards and risks and which financial instruments to adopt against the adverse fiscal impacts of a catastrophic event. Through the Disaster Risk Financing (DRF) TA, the World Bank has supported Nicaragua in conducting public financial management assessments, implementing a budget classifier, and improving reporting requirements to promote the efficiency and transparency of post-disaster public spending. While the COVID-19 pandemic further undermined Nicaragua’s fiscal position in maintaining membership in the facility, CCRIF SPC and its financing partners, including the World Bank–administered Multi-Donor Trust Fund, responded quickly to Nicaragua’s need by offering 50 % discounts on premium payments.

• Nicaragua has renewed its CCRIF membership every year since 2015, increasing its tropical cyclone coverage by 30 % and its earthquake policy by 49 % by project closure in 2021. Nicaragua also started purchasing an excess rainfall policy in 2017. CCRIF premiums for Nicaragua are lower than the simulated price for comparable coverage purchased individually in the market. Since 2015, Nicaragua has received five payouts within 14 days of triggering events, totaling US$32.25 million, against its earthquake, tropical cyclone, and excess rainfall policies.

• The Ministry of Finance has worked with line ministries to build in-house capacity to conduct damage and loss assessments since 2016. As a result, when the category 4 hurricanes Eta and Iota hit Central America in November 2020, the country assessed damages and losses within three weeks, informing its timely mobilization of funds and early action toward a recovery plan. The Ministry uses methodologies developed for the international community to conduct joint post-disaster damage and loss assessments, such as the Post-Disaster Needs Assessments and the Damage and Loss Assessment.

• In 2020, the Ministry of Finance took measures to prepare for the forecasted above-average hurricane season, based on technical recommendations from the Nicaraguan Institute for Territorial Studies (INETER), by increasing its tropical cyclone insurance coverage from the CCRIF SPC. As a result, after hurricanes Eta and Iota, the country received US$30.6 million in payouts under the excess rainfall and tropical cyclone policies. This payout provided short-term liquidity in the aftermath of the disasters, enabling the government to respond to the emergency conditions until it secured other funding.

• Nicaragua started evacuation procedures three days ahead of the 2020 storms and reported six times fewer fatalities than after hurricane Felix in 2007. The country’s response reflected its greater awareness of the exposure and vulnerability of certain urban areas to natural adverse events and its ability to effectively use early warning systems and evacuation procedures to save lives. As part of a comprehensive approach to disaster risk reduction, Nicaragua has taken essential steps to incorporate disaster risk management (DRM) and climate change adaptation into its urban and sectoral development policies.

• As a result of the DFR-TA, Nicaragua has been working to conduct public financial management assessments, implement a budget classifier, and improve reporting requirements. Nicaragua has broadened the scope of its financial toolkit and has begun implementing a DRM and climate change budget classifier in 14 entities and critical sectors. This has helped the country trace and monitor resources allocated to DRM, providing valuable information for future budget allocations and efficient use of public funding.

• During the final year of the project’s implementation (2020/21), the government covered 30 % of the premium payment, and the IDA credit covered the remaining 70 % (after applying the 50 % discount). As part of the project’s sustainability measures, the percentage of the premium financed by the IDA credit has decreased over the last two years, with the Ministry of Finance consistently budgeting for the balance.

The World Bank, through the International Development Association (IDA), provided a credit in the amount of US$12 million to finance the cost of participation fees (entrance fees) and premium payments related to CCRIF membership for seven years. The World Bank–administered Multi-Donor Trust Fund (established by contributions from the United States, Canada, the European Union (EU), and Germany, through BMZ and KfW) totaling US$68 million supported CCRIF SPC (CCRIF Segregated Portfolio Company) in providing disaster risk insurance and related TA programs to the Central America and Caribbean subregions. Specifically, the MDTF supported insurance payouts (US$22 million), reinsurance payments (US$13 million), participation fees (US$5 million), and TA, including model and product development (US$12 million).

A strong partnership with CCRIF SPC allowed Nicaragua to receive payouts seamlessly within 14 days of a triggering event. The CCRIF SPC has worked with the World Bank to execute its risk transfer/reinsurance programs, using IBRD intermediation services to approach capital markets to further diversify its credit exposure as well as to access nontraditional sources of risk capital. World Bank support contributed to extending the tenure and quality of CCRIF’s products, enabling the facility to provide more competitive pricing for client countries. The World Bank Treasury has also played a significant role in supporting the CCRIF as it negotiates on the private market. Regional and country ownership is evidenced by the high-level dialogue led by the COSEFIN group of ministers (El Consejo de Ministros de Hacienda o Finanzas de Centroamérica, Panamá y la República Dominicana) and the COSEFIN secretariat. Finally, the group of donors represented in the CCRIF Multi-Donor Trust Fund played a critical role in responding to the urgent fiscal needs created by the COVID-19 pandemic.

Isaac Anthony, CEO of CCRIF SPC, commented on member countries’ renewals for the 2021/22 policy year, wholeheartedly thanking the development partners who stepped forward early in the pandemic to support member governments and offset their policy premiums for 2020/21 and 2021/22. Grants provided by development partners, including the European Union and the government of Canada, were most welcomed by members, given the fiscal challenges they continue to face. Flexibility in the use of the funds was also well received by members, as it enabled them to use a portion of the funds during the last policy year as well as a portion for the current policy year.

The World Bank is currently implementing the second CCRIF project funded by the Multi-Donor Trust Fund as well as by a Single-Donor Trust Fund established with the EU through the Global Facility for Disaster Reduction and Recovery (GFDRR), with the goals of scaling up the results achieved in the first CCRIF project and of further expanding CCRIF membership in Central America and the Caribbean regions. Evidence of the sustainability of the Nicaragua project is clear: the Nicaraguan government has increased its commitment to CCRIF SPC as shown by its intention to fully finance the policy for year 2021/22 with its own budget funding. In the 2021/22 policy year, membership among the COSEFIN countries has increased 60 %, with El Salvador and Honduras as new members, further underscoring the facility’s long-term sustainability as a disaster risk insurance mechanism.