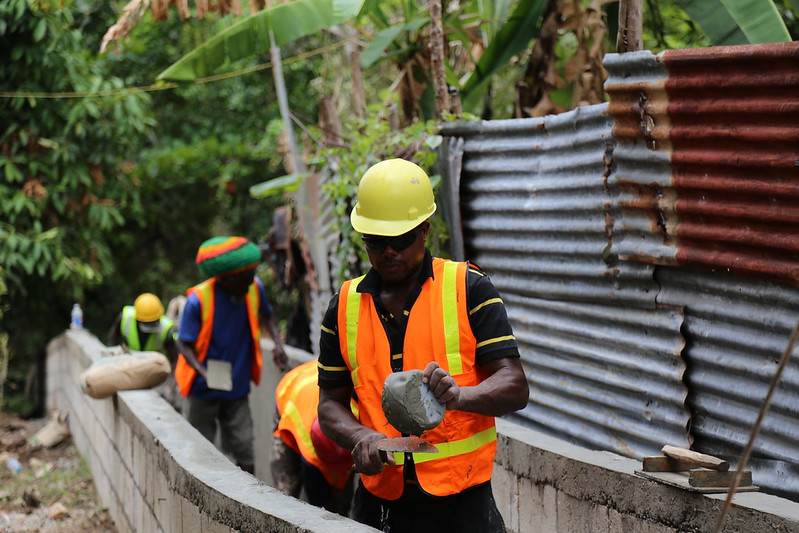 Since 2014, Jamaica has supported vulnerable and volatile communities, working to improve municipal infrastructure and services and to enhance public safety in those communities. By 2021, 89,000 people had benefitted from access to higher quality services, improved basic infrastructure, and integrated crime and violence programs, with nearly 76 % of the beneficiaries reporting feeling safer while

During 2014, 52% of Jamaica’s population resided in urban areas, and approximately 17% lived below the poverty line. Inadequate land use and urban planning had resulted in imbalances in regional development, distribution and access to services, and employment opportunities. These problems were evidenced in some areas by rundown town centers, urban sprawl, environmental degradation, and unsafe and dilapidated housing. Peri-urban areas faced similar conditions, indicating the need for community security and urban renewal projects focused on communities in a range of geographic locations and stages of urbanization. Productivity losses due to injuries from interpersonal violence, for example, accounted for 4 % of Jamaica's GDP. While intentional homicide rates had declined from a peak of 60.2 per 100,000 inhabitants in 2009 to 46.5 per 100,000 in 2020, Jamaica topped the Latin America and the Caribbean region in homicide rates in 2020. 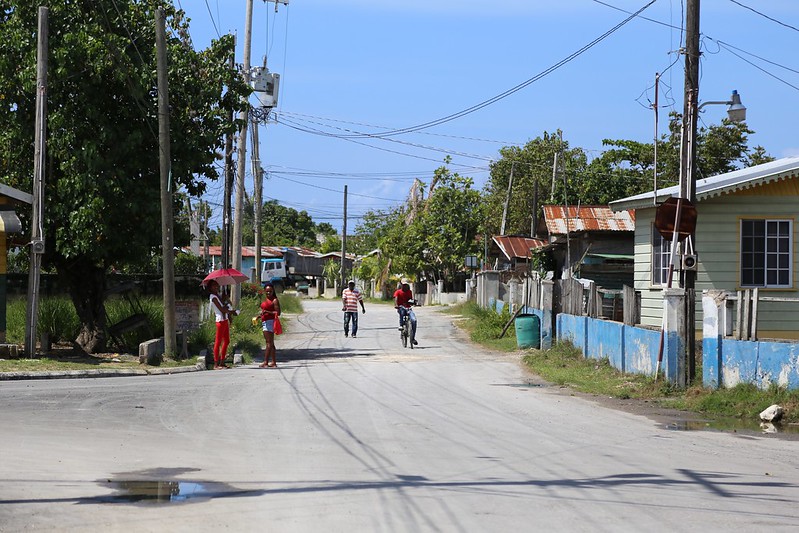 The Integrated Community Development Project (ICDP) built on national strategies and programs to foster sustainable urban development, improve communities’ resilience in the face of violence and crime, increase effective delivery of social intervention programs, and promote the integration of democratic governance within the communities most at risk for crime and violence. The Bank aligned with these principles and worked with the government to design the project to tackle urban and social development holistically by creating inclusive and safe physical and social environments. Project investments were designed to integrate with and amplify other interventions. Physical infrastructure included investments in roads, water access, sanitation, improved drainage, solid waste management, green spaces, and safe passages for children, among others. Together these efforts aimed to contribute to better served, cleaner, healthier, and more aesthetically pleasing communities. Social interventions focused on strengthening social capital within the communities (i.e., school programs, alternative livelihood training and job placements for youth and distribution of birth certificates/other civil registration documents) to allow for increased ownership and safety within communities. Interventions were designed to target four levels of society—individual, family, school, and community—to prevent violence by reinforcing the effects of other interventions. Interventions were designed to improve civic behavior, such as results-based financing to improve solid waste management and institutional strengthening to support project outcome sustainability.

The World Bank, through the International Bank for Reconstruction and Development (IBRD), provided a loan in the amount of US$42 million in 2014 to finance this project. ICDP built on the work of the Inner-City Basic Services for the Poor Project, also financed by the Bank with an IBRD loan of US$29.3 million, which targeted 12 other communities in Jamaica.

Barrett Town was the first community to receive the full set of project interventions. The head of the community-based organization told the World Bank team that, previously, an average of 16 people were murdered each year in their community, whereas in the two years since the interventions, one had been murdered. Other community members mentioned that the paved roads made it possible for the first time for them to take a taxi directly to their homes, and because police could patrol within the community, they felt safer. For the first time, their children could play on the roads because they felt safe enough.

The Government of Jamaica, following the integrated development model successfully piloted by the ICDP, now uses its own resources to support upgrades to urban environments and violence prevention efforts. In addition, it has financed a follow-on project modeled on the ICDP—termed ICDP 2—to cover additional inner-city urban communities. The government has also launched the Citizen Security Plan and the Citizen Security Secretariat to strengthen institutional coordination and oversight with the goal of continuing its violence prevention measures. Lessons learned from the ICDP have fed into the Citizen Security Plan, and with support from the European Union, the government intends to continue using socially driven, evidence-based, and integrated interventions in programs to address Jamaica’s public safety issues.

Short video on Cleaning Up an Inner-City Community, Jamaica: https://www.youtube.com/watch?v=lBmC_83byH0

What does Waste Management have to do with Reducing Crime and Violence in Jamaica?

Operation Certification: Social Inclusion for the Most Vulnerable in Jamaica

Operation certification: Social inclusion for the most vulnerable in Jamaica