Building Flood Resilience in the City of Jingdezhen 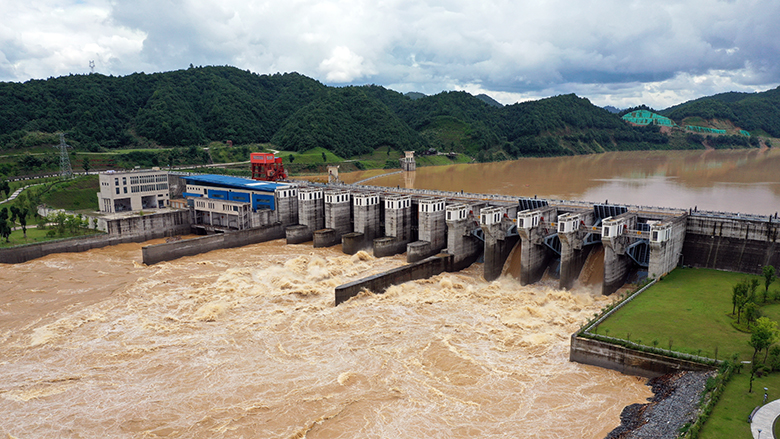 In the flood-prone Jingdezhen City, a World Bank financed project helped protect the urban residents from flood risk through implementation of a set of structural and nonstructural measures and establishment of an integrated flood risk management system, which have increased city’s flood protection level from a 20-year flood to a 50-year flood. During the 2020 July flood season, avoided flood losses in Jingdezhen City due to the project were estimated to be RMB 3.264 billion (approximately US$496 million).

China suffers from flooding every year. Climate change is expected to affect water variability and increase the frequency and severity of flooding.

Since the historic 1998 floods of the Yangtze River, China had developed major flood protection systems along large rivers and main tributaries. However, a comprehensive flood management system along small and medium-sized rivers was still lacking. Between 2003 and 2013, over 90% of the flood-related disasters in China occurred in small and medium-sized cities, towns and rural areas, causing heavy losses of human lives and property.

Jingdezhen City is a medium-sized city in east China’s Jiangxi Province with a population of 1.67 million. It is known as the “Porcelain Capital” with porcelain production dating back to 1,600 years ago. The city was vulnerable to river flooding, with its low ground elevation and insufficient flood control infrastructure. A major challenge for Jingdezhen City was to reduce the risk of frequent floods from the Changjiang River, a medium-sized river flowing through the downtown area.

The Wuxikou Integrated Flood Management Project implemented a combination of structural and nonstructural measures. These included the construction of a flood control scheme which included a dam, a reservoir and a hydroelectric power plant to provide more reliable water and electricity supply for the city. Such measures upgraded the flood protection level from 20-year flood to 50-year flood, thus complying with the National Flood Control Standard for such a medium-sized city.

The implementation of the project contributed to the following results achieved during the period from 2013 to 2020:

During the 2020 July flood season, avoided flood losses in Jingdezhen City due to the project were estimated to be RMB 3.264 billion (approximately US$496 million).

The International Bank for Reconstruction and Development (IBRD) financed the project with a loan of US$100 million. In addition, the Bank introduced globally advanced concepts, innovations, and expertise in terms of both technical and institutional aspects. The project drew on the Bank’s 2010 Policy Note on Integrated Flood Risk Management - Key Lessons Learned and Recommendations for China, which was based on the Bank’s successful experience and lessons learned from supporting flood management projects in China and emphasized the importance and urgency of developing Integrated Flood Risk Management Systems in small- and medium-sized river basins in China.

The Jingdezhen Municipal Government invested US$486.93 million, more than 80 percent of the total project cost. A project leading group was set up at the municipal level, chaired by a vice mayor, and consisted of directors from the line municipal government departments. The project management office, located at the Municipal Water Bureau, was responsible for project management and implementation, procurement and financial management, monitoring and evaluation of the project, as well as reporting on progress and implementation issues. A project expert panel was established to provide technical assistance and advisory service for successful implementation of the project.

The governments of Jiangxi Province and Jingdezhen Municipality, relevant agencies such as water resources departments and rural-urban development departments, and the beneficiary towns and townships all attach great importance to the post-project maintenance and management of the water control works constructed under the project. An operation and maintenance plan for the works has been put in place; further arrangements will be made for effective measures to be taken to carry out the management of the reservoir facilities, flood emergency response, and resettled people. For the resettled people, the government has put in place a 20-year post-resettlement support programs to help improve their livelihoods. 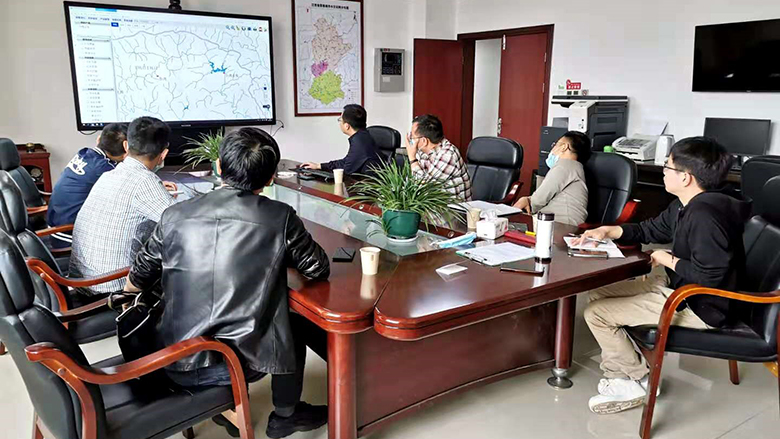 Flood Control and Dispatching Center using DSS during the 2020 floods