A World Bank-financed project supported the efforts of the Xuancheng Economic and Technological Development Zone in China’s Anhui Province to enhance economic, social and environmental sustainability by financing roads and a wastewater treatment plant, improving investment promotion, and developing real time environmental monitoring, labor and other information systems to attract firms and improve the lives of local residents.

China’s rapid industrialization was mainly concentrated in eastern coastal provinces in the 1980s and 1990s.  Since the turn of the century, however, rapidly rising production costs in the coastal areas forced many manufacturing firms to move inland or overseas. This created an opportunity for the less developed middle and western regions to capture some of the regional transfer of industry.

In 2010, the Government of China designated the Wanjiang City Belt, which includes Xuancheng and eight other cities along the Anhui section of the Yangtze River, as the first national-level demonstration zone for industrial relocation to achieve its national goal of structural optimization and the rise of the central regions.

Xuancheng City had a favorable location for industrial relocation between the coastal and interior regions along the Yangtze River, situated at the nearest point in Wanjiang to the affluent Yangtze River Delta, bordering the coastal provinces of Jiangsu and Zhejiang. The Xuancheng Economic and Technological Development Zone (XETDZ) was designated as the primary receiving site for the relocating firms.

Like most of its peers in China, XETDZ also faced many challenges such as limited transport and environmental infrastructure, difficulties in achieving environmental and energy sustainability, lagging social services, limited management tools for investment attraction and environmental monitoring, and poor integration with the core urban area nearby.

The Anhui Xuancheng Infrastructure for Industry Relocation Project was designed to help address these challenges and support the objective of economic, social and environmental sustainability by financing roads with underground infrastructure and technical assistance for investment promotion to attract firms to the area. To enhance social sustainability, the project would invest in drainage facilities, and drainage and sewage pipelines, positively impacting both firms and the living standard of the local community. To enhance environmental sustainability, the project would invest in a wastewater treatment plant, clean-up and de-silting of a canal, and a real-time environmental monitoring system.  Technical assistance and training would strengthen the management capacity of the zone administration, including monitoring and evaluation (M&E) and a collaborative arrangement for local economic development. 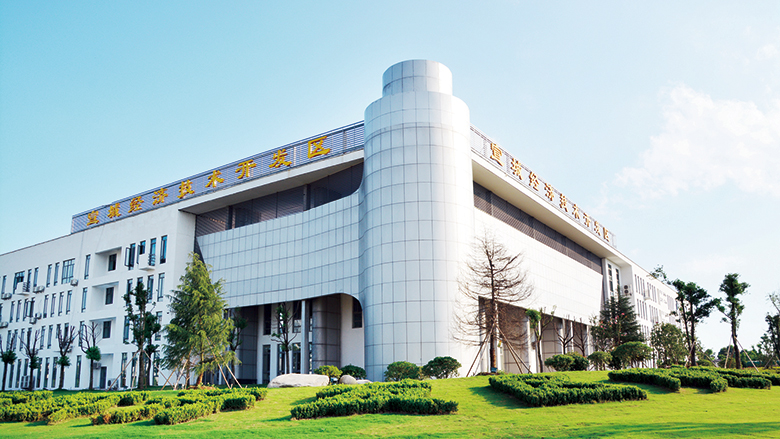 Implemented from 2014 to 2020, the project achieved the following key results:

coverage of the wastewater treatment service in the project area.

The Bank supported the project with loan financing of US$87 million from the International Bank for Reconstruction and Development. In addition, the Bank provided technical assistance and training to enhance the zone administration’s management capacity including monitoring and evaluation and a collaborative arrangement for local economic development.