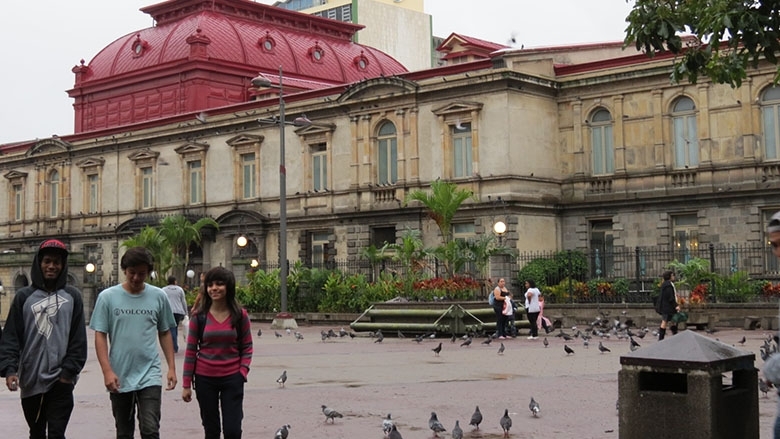 Costa Rica increased total tertiary enrollment by more than 20% and the number of graduates by 39% by enabling four public universities (University of Costa Rica, Costa Rica Institute of Technology, National University, and State University for Distance Education) to develop initiatives to strengthen innovation, scientific and technological development and the quality, equity, and program completion rates of students in university classrooms. More than 114,000 students from all regions of the country benefited from these initiatives, including the construction of 55 buildings with new laboratories, classrooms, libraries, student residences, and high-tech equipment. A total of 606 professors benefited from scholarships to conduct internships and master and doctoral studies.

The excessive proliferation of private universities raised concerns at the national level about the qualifications of graduates and led to the creation in 1999 of the National System for the Accreditation of Higher Education (Sistema Nacional de Acreditación de la Educación Superior, SINAES). SINAES required strengthening, however, to improve the quantity of accreditations and the quality of the evaluation process. As of 2014, SINAES had only accredited 47 public university programs.

The Costa Rica Higher Education Improvement Project was designed to build and strengthen human capital by fostering knowledge and incorporating science, technology, and innovation into public universities’ priority areas to contribute to the construction of a more competitive, prosperous, inclusive, and sustainable Costa Rica. To this end, project resources were equally distributed to and applied among the four established public universities. (The relatively new Universidad Técnica Nacional did not participate in the program.) The project pursued the following aims: providing financial support to build university capacity for increasing admission rates; expanding quotas in careers requiring increased numbers of practitioners; strengthening overall scientific and technological capacity; expanding physical infrastructure, equipment, and teacher scholarships; and enhancing student services, including residences.

The project also supported the design of an innovative mechanism, the Performance Agreement, which was included in the Financing Agreement between the government of Costa Rica and each of the four participating public universities. Performance Agreements’ objectives were to improve access, coverage, quality, relevance, and innovation while fostering a better use of resources. Key to implementing and achieving these objectives were the five-year Institutional Improvement Agreements (AMI, Acuerdos de Mejoramiento Institucional) signed between the government and each of the four public universities. A first in Costa Rica, each AMI detailed the commitments of both parties regarding use of loan funds and corresponding duties; an attached Institutional Improvement Plan (PMI, Plan de Mejoramiento Institucional) articulated the institution’s university-wide and subproject-specific strategic objectives.

Total enrollment of students increased in the four universities by 20% or approximately 19,000 additional students.

The project supported the four public universities in carrying out crucial innovative investments, including building new facilities and laboratories in priority areas (notably engineering, medicine, and natural sciences, among others), completion of graduate programs (Master’s and PhD degrees) for professors, and improvements in the universities’ management and information systems. Some key results achieved during the project’s implementation (2014–2019) include the following:

The World Bank, through the International Bank for Reconstruction and Development (IBRD), provided a loan of US$200 million for the project. The Bank also provided just-in-time support by helping the universities address issues expeditiously, bringing in specialized assistance and working closely with the client to facilitate processes and identify solutions.

CONARE, the National Council of Education (for public universities) fully financed the US$17.31 million costs for Component 2 (Strengthening Institutional Capacity for Quality Enhancement), which aimed to promote the development of strategic activities with a system-wide scope to support the achievement of the objectives of Component 1. This included financing (i) activities to strengthen SINAES to consolidate Costa Rica’s higher education quality assurance system; (ii) the development and consolidation of a Labor Market Observatory and a common information system; and (iii) project coordination and monitoring and evaluation, including the institutional arrangements needed for implementation through the Project Coordinating Unit, the Monitoring and Evaluation Committee, and the external audit.

The main project beneficiaries are (i) 114,000 students enrolled and aspiring to attend the four CONARE universities; (ii) students who graduated from 140 accredited programs and who now benefit from higher productivity and increased earnings as a result of their improved education quality; (iii) higher education institutions that benefited from increased program quality, improved managerial and planning capacity, and/or a larger number of accredited programs; (iv) 792 Indigenous students who benefited from higher access to, retention in, and graduation from their universities and from ongoing institutional support; and (v) firms, institutions, and society in general, all of which benefited from a higher number of graduates with sought-after skills in in-demand subject areas.

Eduardo Sibaja Arias, Director for the Higher Education Planning Office at CONARE, remarked, “I express on behalf of the state university system, my gratitude to the Government of the Republic and the World Bank for their support, as well as special recognition to the staff of public universities who were part of the negotiation and execution processes of this visionary project…. [Their work] was key in achieving the goals of this project, which represents the strengthening of the State University Education System and contributes to the construction of a more competitive, prosperous, stable, inclusive, and environmentally sustainable nation.”

Beyond its direct investments and results, the project has promoted a culture of continuous improvement at the universities. All participating universities have prepared sustainability plans, approved by the respective university rectors, for ensuring the continuation of project-supported investments and processes, including maintenance. The universities’ relevance is ensured, based on well-designed initiatives that in most cases involve cutting-edge technology, an increased number of faculty with higher, post-graduate degrees, new facilities, and upgraded and more market-relevant programs. However, going forward, the public universities face a critical challenge in terms of improving spending efficiency, particularly in relation to curtailing already high costs of faculty salaries. At the same time, universities are exploring alternatives for increasing income from research activities, service provision, and other initiatives.