Clearing a Path Toward Transparency, Inclusion, and Sustainability in Panama 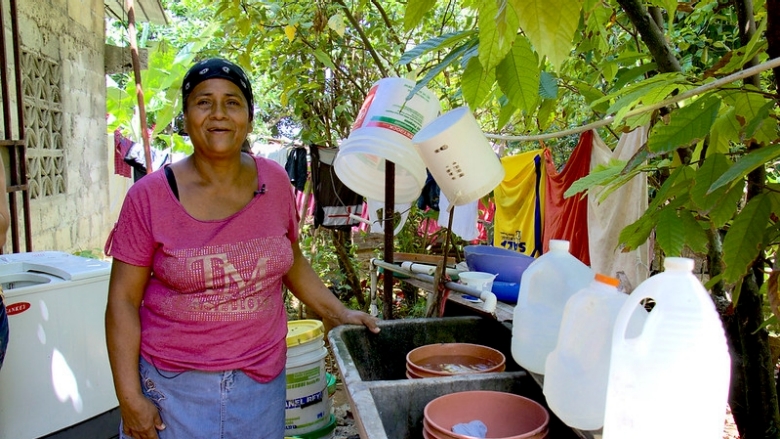 The government of Panama is working to strengthen social inclusion, service delivery in water and energy, and public financial management. Additional efforts, following the infamous “Panama Papers” leak of April 2016, focus on reforms in international tax transparency and financial integrity.

In 2014, even after a decade as one of the fastest growing economies worldwide, Panama continued to face several challenges. In particular, Panama had left many groups behind, with just 37 percent of the extreme poor benefiting from any social assistance programs. In addition, high energy subsidies — worth $320 million — were swallowing fiscal resources and encouraging energy inefficiency. At the same time, the expansion of the Panama Canal increased demand for water. Following the April 2016 leak of the “Panama Papers,” new challenges related to anti-money laundering and tax transparency were revealed. The government urgently sought to address these key challenges.

The Programmatic Shared Prosperity Development Policy Loan (DPL) series aimed to address some of the key weaknesses Panama was experiencing despite its recent fast growth, including the need to improve the lives of those “left behind” by the economic growth as well as challenges related to global public goods. Thus, the series supported expanded social assistance coverage and improved targeting, increased ease of access to social assistance, improved education access and the effective use of educational data, reduced energy subsidies, and improved the set-up of water management institutions. In addition, the series was adapted to include reforms aimed at bringing Panama closer to global best practice in tax transparency and anti-money laundering. The series was built on lessons learned from previous engagements in Panama as well as experiences from other upper middle-income countries. The analytical work underpinning the operation included the 2015 Panama Systematic Country Diagnostic, the 2015 Panama Public Expenditure Review, and the 2015 Assessment of social spending for Central American countries including Panama. The latter analyzed the fiscal sustainability and effectiveness of social programs, providing recommendations for short- and medium-term reforms.

Panama had left many groups behind, with just 37% of the extreme poor benefiting from any social assistance programs.

This series of three DPLs supported legislation that (i) strengthened financial integrity and tax transparency; (ii) improved social inclusion in social assistance and education; and (iii) enhanced the regulatory and sustainability framework in the energy and water sectors. Between 2015 and 2019, Panama took significant steps forward in several areas, including the following:

The World Bank, through the International Bank for Reconstruction and Development (IBRD), provided loans totaling US$700 million to finance the series of DPLs. The first and second DPL operations were US$300 million each; the third was US$100 million.

The World Bank’s support focuses on strengthening tax transparency, social protection, and education systems; improving energy and water sector management; and enhancing fiscal management. Reform implementation across all pillars of this operation is supported by advisory activities and technical assistance from various other development partners, including the International Monetary Fund, the Inter-American Development Bank, the Organization of Economic Cooperation and Development, and the Latin American branch of the Financial Action Task Force (Grupo Accion Financiera Internacional Latinoamérica). One example is the Bank’s coordination efforts to complement Panama’s legal framework for the automatic exchange of financial information in tax matters through a multilateral agreement housed within the OECD.

This series supported reforms that aimed both to help those left behind during Panama’s strong growth period and to contribute toward global public goods. Panama’s extreme poor were the major beneficiaries of the first goal, with large increases in social assistance coverage as well as reforms to expand access to education. Positive global externalities beyond Panama include contributing to the international community’s fight against abuses of the global financial system and helping to combat terrorism and other illicit activities, as well as reducing energy subsidies and improving energy efficiency standards to help lower carbon emissions.

Continuing ongoing engagement following the DPL series will be important for policy continuity and reform sustainability. A follow-up series of DPLs was designed by the Bank to ensure ongoing dialogue at both the technical and the policy levels. The first operation of these series was approved by the Bank’s Board of Executive Directors in December 2020 and disbursed shortly thereafter. The operation supported reforms designed to help the country navigate the COVID-19 crisis, including health coverage, reductions in out-of-pocket expenditures for patients, expansion of emergency aid for households impacted by the crisis, and further structural reforms to increase transparency in public procurement and support renewable energy.