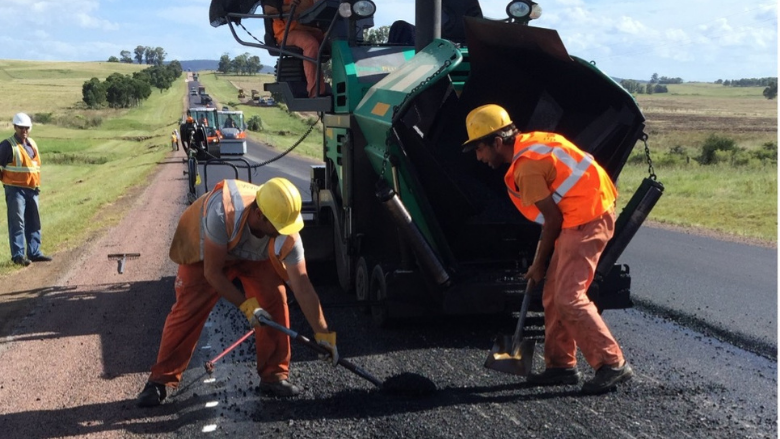 Uruguay has substantially improved the condition of its national roads. In December 2019, 60 percent of national highways were in good condition, up from only 35 percent in 2012. These infrastructure improvements reduced logistics costs and now benefit the thousands of people who use the national highways on a daily basis to go to work, school, markets, or social services facilities.

Uruguay’s national highway network suffered from tornadoes, heavy rainfall, droughts, and heat waves — just some of the violent weather events that have hit Uruguay in recent years. These are not isolated phenomena. Data from the Uruguayan government show a significant increase in rainfall since 2001. These events, combined with years of underinvestment, led to deteriorating road infrastructure: barely 35 percent of the 8,900 kilometers of Uruguay’s national roads were in good or very good condition in 2012. In a country that relies heavily on roads for its exports and internal connectivity, the poor shape of Uruguay’s roads drove up logistics costs.

The Uruguay Road Rehabilitation and Maintenance Program (Program) was designed to address these challenges holistically. The chosen lending instrument, the first Program-for-Results (PforR) in Latin America and the Caribbean, focused on disbursement against results achieved rather than on inputs. Disbursement indicators covered several key program dimensions, including the number of kilometers (km) of highway rehabilitated, the number of kilometers managed by performance-based contracts, and the number fitted with traffic safety improvements, as well as mapping national network areas prone to flooding to improve roads’ climate resilience and improved quality control for all roadworks. 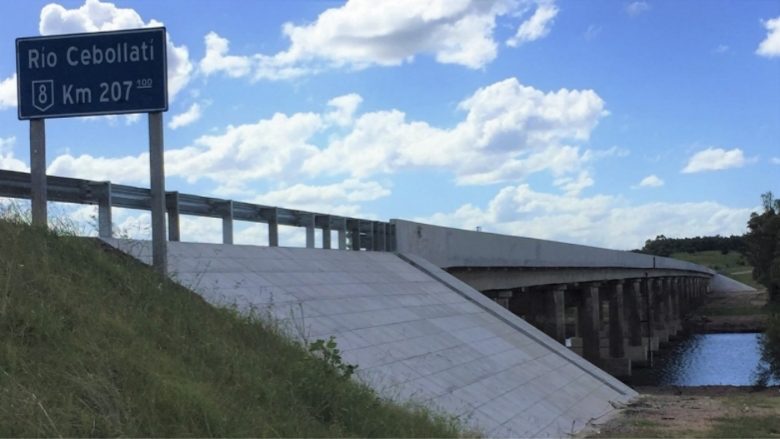 Between 2012 and 2019, the Uruguay Road Rehabilitation and Maintenance Program achieved substantial results.

In addition, the program has made substantial progress in enhancing road sector management through institutional strengthening within the sector:

The World Bank, through the International Bank for Reconstruction and Development (IBRD), supported the Uruguay Road Rehabilitation and Maintenance Program through two loans: the first, for US$66 million, was approved in 2012, and an additional loan for US$70 million was approved in 2016 to scale up program results.

The Uruguay Roads Rehabilitation and Maintenance Program was co-implemented by MTOP and the National Roads Corporation (CVU). IBRD loans were complemented by US$345 million in co-financing from several international financing institutions, including the Inter-American Development Bank (IDB), the Development Bank of Latin American (Corporação Andina de Fomento, CAF), the Fund for the Development of the Plate River Basin (FONPLATA), and Fund for the Structural Convergence of Mercosur (FOCEM).

Program beneficiaries include the thousands of people who use the national highways on a daily basis to go to work, school, markets, or social services facilities. Highway improvements have also benefitted trade and exports, particularly agricultural exports, by providing more reliable roads and reducing logistics costs. In 2019, 247 firms exported almost US$7 billion in agricultural products, almost exclusively using road-based logistics.

The program, made possible by a considerable increase of funding to the road sector, substantially improved road conditions in Uruguay. Moving forward, the main challenge will be to sustain an adequate level of funding to the road sector to maintain quality, provide needed development, and scale up road safety improvements. In a context of limited fiscal resources, the expansion of user-pay tolling for highways should be explored.