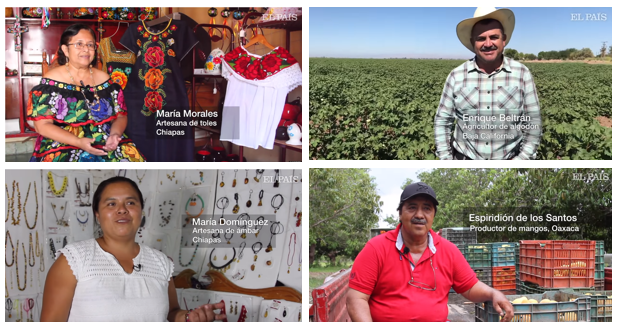 Financial access, a top priority for the Mexican government, has received further emphasis due to the COVID-19 economic fallout and relief and recovery efforts. Mexico’s efforts to deepen financial inclusion and expand access to finance, a critical bottleneck for growth and poverty reduction, have started to show progress. Financial access for poor and rural populations, women, youth, and SMEs, widened between 2016 and 2019 through programs extending 174,000 credits for productive purposes to 140,000 rural producers and MSMEs, mainly in vulnerable areas of the country’s southern region. Critical policy and institutional measures have helped ease firms’ and individuals’ financial sector access, particularly among underserved groups like youth and women; fostered financial education; and enabled a digital finance ecosystem and payments, increasing innovation and competition in the industry, supporting COVID-19 recovery efforts, and strengthening economic sustainability.

Mexico lags in terms of financial inclusion. Only 37 percent of adults have accounts, and just 32 percent have made or received digital payments, both significantly below numbers in countries with similar levels of development. Moreover, an 8 percentage point gender gap in access has been measured. In 2019, credit to the private nonfinancial sector was just 42 percent of GDP, far below the 143 percent average for emerging markets worldwide. MSMEs provide 70 percent of the employment, but only around 11 percent use bank credit due to affordability and access issues. The financial access gaps by gender, region, and urban-rural setting are also significantly larger in Mexico than in the Latin America and Caribbean Region and OECD countries. The lack of credit in rural areas depresses rural economic activity, perpetuating economic inequality. According to the 2017 Findex, only 7 percent of adults in rural areas borrowed from a financial institution the preceding year, the same level as in 2014 and below the 10 percent LAC average and 19 percent for OECD countries; 90 percent of credit is given in urban areas, although more than 20 percent of the adult population lives in rural areas. The unequal access to credit also has a regional dimension, with the poorer states in the south being particularly underserved. The COVID-19 crisis has worsened this trend as Mexico has experienced supply and demand shocks to its economy that impact firms, employment, and households. In this context, implementing economic policies to improve the business environment and enable new job creation over the recovery period is critical.

As highlighted in the most recent Systematic Country Diagnostic for Mexico (2019), gaps in access, among other factors, have a significant impact on economic inequality of individuals and on productivity, growth, and employment of MSMEs in Mexico. For several years, the Mexican authorities’ reform programs have aimed at deepening access to the financial sector for individuals and firms, reducing inequality in access, and promoting innovation and competition in the industry. Increased access to financial services can lead to a significant increase in income, particularly among low-income individuals and those in areas with lower preexisting bank penetration. In the context of COVID-19, the authorities are implementing reforms to support a more resilient and sustainable economic recovery over the medium term. For its part, to support Mexico’s development and recovery efforts, the Bank has supported projects including Mexico Strengthening Economic Sustainability DPF, COVID-19 Financial Access DPF, Mexico Financial Inclusion DPF, and the Expanding Rural Finance Project. These have enabled a wider reach and more efficient operation of the digital finance ecosystem and payments while expanding digital finance and bridging access gaps among population groups and MSMEs. In particular, Bank lending has supported Mexico's legal and institutional framework for Fintech, the first of its kind worldwide, which provides an opportunity to expand financial services access through innovation and to increase competition.

The World Bank program aligns fully with the Country Partnership Framework (2020–2025), based on the findings of the 2016 Financial Sector Assessment Program (FSAP), tackling some of the key recommendations for developing a more inclusive and competitive financial sector in Mexico. The DPFs are also supported by technical work developed under the thematic Programmatic Approach (PA) for Mexico, the Financial Inclusion Global Initiative technical assistance program (FIGI) funded by the Bill and Melinda Gates Foundation, and other analytical work. The operations also benefited from technical assistance from the International Finance Corporation (IFC), in particular on reducing business regulation and improving access to credit for SMEs. The IFC has an important portfolio with financial intermediaries to support credit to SMEs, and it works with the Bank on the Fintech policy agenda. Moreover, the program, aligned with the WBG Maximizing Finance for Development (MFD) approach, encourages sustainable private sector financing for productive activities and improved financial inclusion. The most recent DPF, in response to the challenges brought by the COVID-19 pandemic, also supports upstream policies to make IFC support to commercial banks and Fintechs more effective. The DPF supports actions with short-term relief aspects, but it also lays out critical actions to support solid economic recovery and growth.

The World Bank has further intensified its traditionally close dialogue and collaboration with development partners in Mexico in the wake of the COVID-19 pandemic. The loan programs complement efforts of the Inter-American Development Bank (IDB), the Development Bank of Latin America (CAF), and several bilateral development partners across issues. Together with the Foreign, Commonwealth & Development Office of the United Kingdom (FCDO), the World Bank supports reforms to reduce regulatory costs for firms and to foster more competition at the subnational level, and technical assistance on open banking and regulatory sandboxes contributes in the Fintech arena. Finally, together with the French Development Agency (AFD), the World Bank supports Mexico’s efforts on climate change and green finance. The Bank exchanges views and information and collaborates very closely with the International Monetary Fund (IMF) on macroeconomic and structural issues.

The beneficiaries of the Bank’s support for expanding financial access include women, youth, indigenous populations, and people living in marginalized and underserved areas of Mexico. Approximately 140,000 MSMEs received 174,000 credits from about 200 eligible PFIs: 12 percent of credit recipients were first-time borrowers from formal financial institutions, and over 80 percent of the credit recipients through the Expanding Rural Finance Project are women. In marginal areas, 17 percent of credit recipients are in communities classified as marginalized or highly marginalized, 40 percent in towns with fewer than 15,000 inhabitants, and more than 50 percent in towns with an indigenous population. In addition, 76 percent of subloans were provided in southern states with Mexico’s highest levels of poverty. Greater access to finance has helped many beneficiaries such as Maria Dominguez and Maria Morales (pictured) to expand their businesses, increase earnings, and better support their families. Moreover, policy actions under the approved DPFs should help close gender gaps in financial inclusion, helping women smooth consumption, provide security, increase savings and investment rates, and manage economic risk.

Photo 1 – Thanks to project support, Maria Morales has increased the number of clients, which has allowed her to expand her business and for her next handicraft order to go to the Caribbean.

Photo 2 - Enrique Beltrán, a cotton producer, with access to credit has improved his business. His earnings allowed him to finance his daughter's university studies.

Photo 3 - María Dominguez accessed credit and was able to buy equipment that allowed her to expand her production volume. Her small business was able to hire employees for the production process and for the sales team.

Photo 4 - Espiridión de los Santos and his brother José, who did not imagine that their mangoes would reach other countries. Years ago, they did not have the resources to properly work the production of this fruit, nor did they fertilize, therefore, the harvest was not abundant. Having access to financial credits allowed them to improve their lands, increase the quantity and quality of their product, and now they even export to the United States.Moving Forward

The program supported by the Bank has helped create a path toward effective recovery as well as supporting a longer-term development agenda in financial sector development. In March 2020, Mexican authorities launched the 2020–2024 National Financial Inclusion Policy (PNIF) delineating objectives and actions to increase financial inclusion. This program supports specific reforms aligned to four of the six PNIF objectives. By the end of 2024, among other goals, Mexico intends that 77 percent of the adult population will have at least one financial product and more than 90 percent of municipalities will have at least one financial access point (including agents). Following the objectives of the Mexico Country Partnership Framework (CPF), the Bank expects to continue supporting institutional, policy, and financial access reforms, including among underserved groups and regions, through policy dialogue and lending underpinned by strong analytics and advisory work. Faster progress in access to traditional financial services, coupled with innovative approaches to leveraging technology, represent a great opportunity to meet the current COVID-19 crisis and achieve a faster, sustained recovery.