The World Bank supported Thailand’s ASEAN chairmanship in 2019 through technical assistance and analytical work with focus on the priority areas of marine plastic debris, human capital development, malnutrition and stunting, and regional connectivity. High-level meetings deepened ASEAN’s sustainability agenda resulting in multilateral support for the Bangkok Declaration on Combating Marine Debris and ASEAN Framework of Action on Marine Debris to facilitate and put this mutual commitment into the implementation. They also reinforced a strong ASEAN focus and commitment on human capital development, including the double burden of malnutrition – stunting and obesity. A gap analysis of 16 regional and sub-regional initiatives for ASEAN countries led to the launch of the ASEAN Priority Infrastructure Pipeline.

There are large regional disparities in human capital development in ASEAN, including a double burden of malnutrition and overnutrition in several countries. Undernutrition elevates the risk of infant and child morbidity and mortality, increases expenditure on health care and social safety nets, lowers the efficiency of investments in education, and decreases lifelong income-earning potential and labor force productivity, with the potential to be transmitted across generations. Estimates for some ASEAN member states show undernutrition resulting in annual losses of between 2.4% - 4.4% of GDP. Overnutrition compounds the challenges, with direct health care costs related to treatment of obesity-linked chronic diseases as well as indirect costs, particularly from the loss of labor productivity.

The new Thailand – World Bank Group Country Partnership Framework (CPF) effective from July 2019 to June 2022, encompasses the 70th Anniversary of the World Bank’s partnership with the Kingdom of Thailand. In this upper middle-income country, the World Bank’s support includes mobilization of resources and provision of technical support, particularly through the sharing of Bank expertise as well as global knowledge and solutions.

Through its chairmanship, Thailand is leading the call for ASEAN countries in 2019 to start taking concrete actions to reduce marine plastics pollution in the East Asia region. The Bank worked with the government and partners to prepare and coordinate support of ASEAN member countries for the Bangkok Declaration on Combating Marine Debris in the region, which was adopted at the 34th ASEAN Summit in June 2019. The Bangkok Declaration covers collaboration, regional planning, marine debris monitoring, research, innovation, public awareness, education, outreach and private sector engagement.

To support the nutrition agenda, the Bank prepared a policy paper on key trends and emerging challenges for ASEAN in the double burden of malnutrition, which was presented at the ASEAN Summit and endorsed by member states. The World Bank co-hosted with the Thai government a high-level meeting in September 2019 with key ministers and senior government officials on accelerating human capital development in the region. At the meeting’s conclusion, ASEAN ministers and officials agreed to enhance integrated policy investment in different sectors including healthcare, quality education, life-long learning, and skills development, throughout a human life cycle.

Finally, the World Bank prepared and delivered a presentation on “Connecting the Connectivities” and supported the launch of the ASEAN Priority Infrastructure Pipeline at the ASEAN Summit Minister’s meeting in November 2019.

"As the ASEAN’s Chair 2019, Thailand is working in close collaboration with ASEAN members in fighting against marine debris. We have adopted the ASEAN Framework of Action on Marine Debris and are developing Regional Action Plan that will be implemented by ASEAN members states. I am pleased to work in partnership with the World Bank’s PROBLUE Multi Donor Trust Fund to support their vigorous implementation" 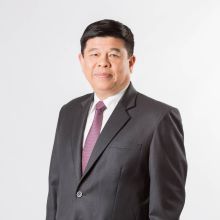 The current World Bank portfolio in Thailand consists of trust funds and Advisory Services and Analytics (ASA). Currently, there are no loans in the portfolio. As of December 2020, the active PROBLUE Trust Funds amounts to US$1.25 million and consists of ASEAN PROBLUE for US$800,000 in supporting for the development of the Regional Action Plan for combatting Marine Debris as well as the regional studies and support tools for harmonized metrics and monitoring system and regional gender and plastic study. The other US$450,000 is for supporting PROBLUE studies for Thailand in the areas of (i) understanding plastic value chain and recycling markets, (ii) building capacity for material flow analysis of plastics, and (iii) development of the National Action Plan for marine plastic debris 2020-2027. All this analytic works at national level are considered as a forefront piece of works, which could be a case study and role model for the development of these studies in other developing countries in the region.

Under the PROBLUE Trust Fund, the Bank supported three regional workshops to inform the Regional Action Plan on Marine Debris. The first workshop was held in October 2019 in Bangkok and focused on policy support and planning. The second workshop was held in January 2020 in Singapore and focused on private sector engagement. The third and final workshop was held virtually in March 2021, and focused on research, innovation, capacity building and public awareness, education and outreach. The Report on the Regional Action Plan of ASEAN prepared as a result of a series of consultations with relevant stakeholders in various dimensions was endorsed in principle by the ASEAN Working Group on Coastal and Marine Environment (AWGCME) and the ASEAN Senior officials on the Environment (ASOEN) in December 2020, and in the process to submit to the ASEAN Ministerial Meeting on Environment (AMME) as well as Thailand’s Cabinet Approval.

For the Thailand ASEAN Chairmanship support, the World Bank works directly with the Ministry of Foreign Affairs and relevant government agencies based on the priority areas – human capital development and nutrition (National Economic and Social Development Council), marine plastics (Department of Marine and Coastal Resources, Pollution Control Department under the Ministry of Natural Resources and Environment), and regional connectivity (Department of ASEAN Affairs).

The overarching goal of the CPF is to support Thailand’s transition to an innovative, inclusive and sustainable economy. The CPF has two focus areas that guide the World Bank Group’s engagement: promoting resilient and sustainable growth and strengthening inclusion. New civil society and government demand for Bank services, and a broad public-private consensus for the private sector to play a greater role in supporting shared and sustained growth are closely aligned with the Maximizing Financing for Development principles. The CPF aims to promote competition and innovation and help open new markets by supporting improvements in Thailand’s business environment. Strengthening fiscal institutions will also help create a more conducive national business environment that crowds in commercial financing and maximizes the impact of scarce public resources. The CPF also supports targeted policies and programs for the inclusion of disadvantaged and vulnerable groups, including in the fragile and conflict affected areas of Southern Thailand.

The Bank works in supporting Thailand’s leadership in the three priority areas of regional connectivity, human capital development specifically for malnutrition and stunting, and marine plastic debris. This supports implementation of Thailand’s CPF, including Objective 3 – strengthen the quality of infrastructure investment, Objective 4 – address climate change and improve water resource management, Objective 5 strengthening the social protection and inclusion of vulnerable groups, and Objective 6 – promoting quality education for all and talent management.  In moving forward, the analytical works for the development of the Regional Action Plan for combatting Marine Debris as well as the regional studies and support tools for harmonized metrics and monitoring system and regional gender and plastic study could be pushed further to address this transboundary issues into implementation at the national level in the next step.

"With support from World Bank, the ASEAN High-level Meeting on Human Capital Development has delivered wide-ranging, yet tangible, results in terms of progress, challenges, and the ways forward on education, health care, and skill development for ASEAN member states. World Bank’s insight through the lens of Human Capital Index has contributed significantly not only just to this particular Meeting, but also for governments across ASEAN to accelerate their actions in human capital development. What’s next for the region is the fact that human capital investment should be driven more through an evidence-based approach since the issue is complex and multi-faceted by its nature. In the hope of sustainably maximizing our ASEAN human capital potential, we need reliable and sufficient data to make an informed decision in order to ensure that resources are efficiently mobilized to prioritize human capital development policies and programs. A discussion on investing in young people for the future, in particular, has highlighted the importance for cooperative efforts in equipping adolescents with knowledge and competencies necessary to thrive in a new labour market landscape, and participate meaningfully in economic activities, especially in times of the 4th Industrial Revolution. Most importantly, the exchanges have also reaffirmed the ASEAN determination to drive forward a people-oriented development agenda, whose indeed young people empowerment remains an inevitable part of that evolving development process." 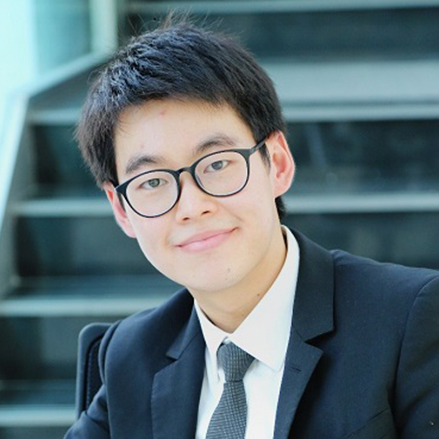