The ASPIRE Project: De-risking solar projects to catalyze private investment in the Maldives 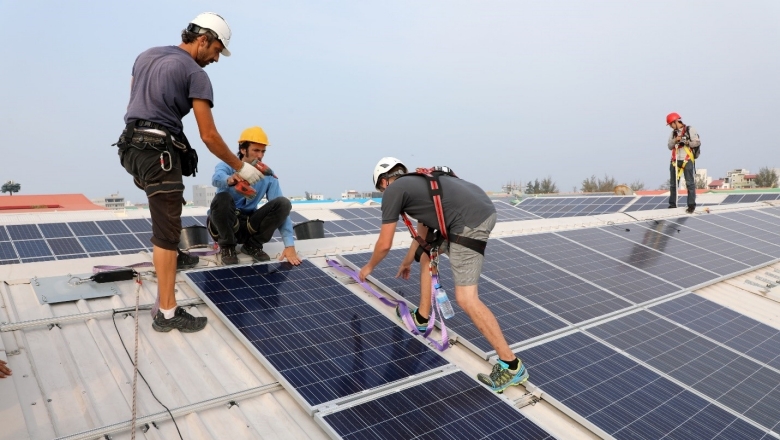 The ASPIRE project has so far helped mobilize US$9.3 million in investment to install 6.5 megawatts (MW) of solar power in the Maldives. The success of ASPIRE has led to a more ambitious follow-on initiative, the Accelerating Renewable Energy Integration and Sustainable Energy (ARISE) project, to help Maldives meet its goal of increasing its share of renewable energy to 70 percent by 2030.

The Maldives, a collection of low-lying atolls, is highly vulnerable to the impact of extreme weather and climate change and has relied on expensive fuel imports for its energy needs. In 2019, it imported over 700,000 metric tons of fuel at the cost of US$465 million, equivalent to 8.3 percent of the gross national product (GDP). This makes the macroeconomy particularly vulnerable to any external crises, such as the 2004 Indian Ocean Tsunami or COVID-19. The COVID-19 pandemic has led to an estimated 20.5 percent contraction in real GDP in 2020.

Solar technology is revolutionizing the global energy sector, but this needs large amounts of private sector funding to be unlocked to complement the limited available public financing. Most developing countries still lack a pipeline of bankable solar projects for consideration by the private sector, and it was essential to establish a program of risk mitigation to attract private investment. The challenges facing such projects include integrating solar with existing power sources on the grid, off-taker risk and weak procurement and planning capacity.

The ASPIRE project set out to create the confidence needed for private sector companies to invest in the Maldives renewable energy sector. It provided significant technical assistance and capacity building to the Government of Maldives (GoM) and has helped streamline the procurement and implementation of solar projects by formulating template contracts and guidelines. This approach had helped in reducing the cost of electricity through a bidding process.

The project is in collaboration with the Sustainable Renewables Risk Mitigation Initiative (SRMI), which had been set up by the World Bank's Energy Sector Management Assistance Program (ESMAP) in partnership with Agence Française de Développement (AFD), the International Renewable Energy Agency (IRENA) and the International Solar Alliance (ISA).  This approach ensures that even in light of an economic downturn, such as the current pandemic, this combination of risk-mitigation strategies has succeeded in reassuring private investors that the Maldives is open for business. 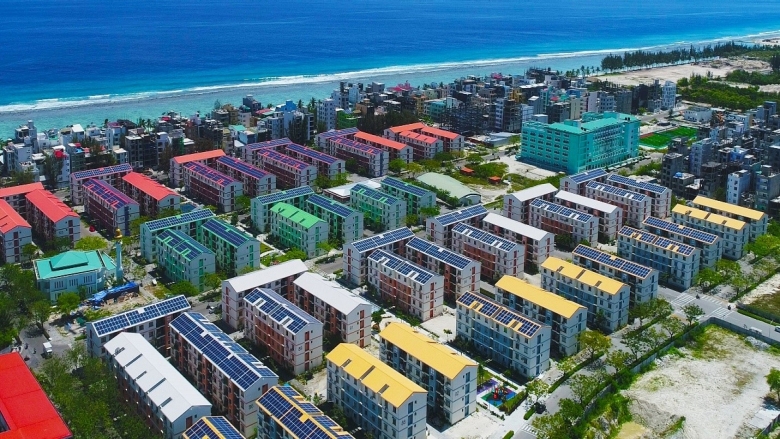 The project’s innovative approach, including its risk-mitigation structure that is implemented through the span of the project, provides the financial security required by the private sector by addressing the following risks:

Since it began in 2014, the program has resulted in the mobilization of US$9.3 million by 2021 and will have a cumulative installation of 6.5 MW solar photovoltaic installations in the Maldives. The GoM secured a PPA rate of 0.9 cents per kWh in the Phase 2 bid (5 MW) compared to 0.21 cents in the Phase 1 bid (1.5 MW) through the risk mitigation measures put in place. The project’s risk mitigation structure also supported increasing the project management unit's (PMU) capacity through training and development support. The PMU with the training, was able to develop over 7 Standard Contracts and Guidelines for implementing renewable energy projects in the Maldives.

The ASPIRE project is financed by a series of guarantees totaling US$16 million equivalent in aggregate from the International Development Association (IDA) and an US$11.684 million grant from the Scaling-up Renewable Energy Program (SREP) of the Climate Investment Funds (CIF). The TA supported a study on the Solar PV and Battery storage scope and techno-economic analysis of battery storage in the Maldives. This study laid the foundation for the ARISE project, which the Maldives Ministry of Environment will implement with close coordination with State Electric Company Limited (STELCO) and FENAKA Corporation Limited, the prominent Maldives utility companies.

ASPIRE relies on strong cooperation with development partners, notably through the Solar Risk Mitigation Initiative (SRMI), to yield strong results on mobilizing private sector investments. The Government of Maldives, particularly the Ministry of Environment, has been instrumental as the implementing partner in achieving the results. Both the state-owned utilities STELCO and FENAKA work closely with the government to implement the projects.

The World Bank-backed ASPIRE and ARISE projects are coordinated with the Asian Development Bank (ADB) initiative Preparing Outer Islands for Sustainable Energy Development Project (POISED), which supports energy efficiency and renewable energy in the Maldives, particularly in the outer islands.

In December 2020, the World Bank’s Board of Executive Directors approved the ARISE project, which will build on the success of ASPIRE by mobilizing some US$107.4 million, and a pipeline of US$45 million from commercial financing for solar PV generation capacity and at the same time supporting improved power system capacity for increased renewable energy penetration. The funding under ARISE includes a $12.4 million grant from IDA. Financing from non-World Bank Group entities includes US$30 million from the Clean Technology Fund and US$20 million from the Asian Infrastructure Investment Bank (AIIB).

The Maldives is hoping to lead the Small Island Developing States in replicating the model to scale renewable energy technology across other vulnerable islands.

The ASPIRE project works at benefitting the people of the Republic of Maldives. This project sets the Maldives apart in its renewable energy journey with initiatives, such as engaging more women in technical roles under the ASPIRE project. As a Project Coordinator and Engineer for the World Bank ASPIRE and ARISE projects, Ms. Nuzhath Ahmed works closely with various stakeholders, including the utilities, technical partners and government agencies, to deliver significant renewable targets for the Government of Maldives.