Market Instruments for Climate Change Mitigation: Supporting the Implementation of Carbon Pricing Instruments in the Energy Sector in Chile 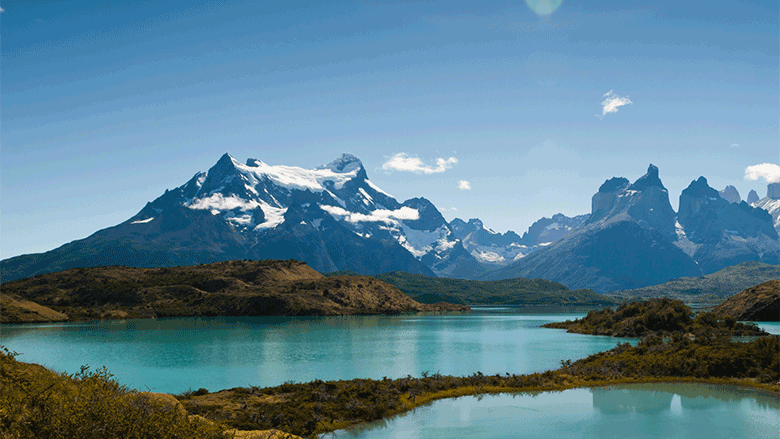 The Market Instruments for Climate Change Mitigation Project has been instrumental in the design and implementation of a monitoring, reporting and verification framework and registry of Chile’s carbon tax. It has also helped deepen understanding of the impact of the carbon tax on the country energy matrix and emissions reductions, as well as how it could be enhanced and completed with other carbon pricing instruments and/or related policies.

The Chilean energy sector is the main contributor to greenhouse gas emissions (GHG) in the country, accounting for 78 percent of total national emissions. In 2014, the Chilean Government passed legislation for a carbon tax. The tax, which affects fixed installations of boilers and turbines with a capacity larger than 50 MWt, covering mainly the country’s larger electricity generators, is equivalent to US$5 for each ton emitted, and covers about 40 percent of total GHG emissions in the country. Although the implementation of the carbon tax started in January 2017, its implementation design had not been developed by the government.

The Market Instruments for Climate Change Mitigation in Chile Project aimed to inform policy makers and stakeholders on the different potential scenarios involving carbon pricing instruments, their designs and options, associated implications and potential impacts. The objective of the project was to (i) help the Government of Chile to design and implement a monitoring, reporting and verification (MRV) system and registry for the energy sector; and (ii) design and prepare one or more carbon pricing instruments. To this end, the Project provided additional funds to Chile to help with the assessment of the viability of an Emission Trading System (ETS) and other carbon pricing frameworks (including a carbon tax) in the energy sector and to assist in the implementation of a Greenhouse Gases MRV system with a suitable registry system. Using a phased approach, the Project aimed to support research and analysis as the government contemplated multiple approaches to carbon mitigation.

The Project was the first operation under the Partnership for Market Readiness (PMR) initiative PMR managed by the Bank to successfully deliver its activities between September 2015 and August 2019. Specifically, it has helped to support improvements in several key outcomes:

This project was financed with a grant in the amount of US$4.98 million from the Bank-administered Partnership for Market Readiness (PMR) Multi-Donor Trust Fund. The PMR initiative was created by the World Bank in 2010 Bank as a forum for innovation, collective work and capacity building to expand and strengthen action on climate change. The fund provides grants aimed at providing support to countries to prepare and implement climate change mitigation policies – including carbon pricing instruments – in order to scale up GHG mitigation. The PMR also serves as a platform that brings together more than 30 countries, various international organizations and technical experts to facilitate country-to-country exchanges and knowledge sharing.

The Project enhanced the interaction between the Ministries of Energy and Environment, as well as their collaboration with other climate/clean energy partners and initiatives, such as:

The main project beneficiary was the Ministry of Energy (MoE), as the lead Ministry for implementation of the PMR in Chile. The project also benefited other relevant Ministries and Government institutions, as well as policy makers, including the Council of Ministers for Sustainability, Ministry of the Environment, and Ministry of Finance. Other direct beneficiaries included stakeholders involved in the analysis and subsequent preparation of the carbon pricing instruments and implementation of an MRV framework.

Claudio Seebach, Executive President, Business Association of Chilean Electricity Generators, noted, “the Partnership for Market Readiness initiative, managed by the World Bank, has been a space for dialogue and public-private-academic technical collaboration [and] has played a key role in building trust and helping achieve the ambitious climate objectives that Chile has at both national and international level”

Chile was the first PMR recipient country to successfully complete its activities. The PMR Assembly is satisfied with the project outcomes, and the Chilean Government is now considering requesting support for continuing the engagement with the PMR successor, the Partnership for Market Implementation (PMI). The PMI is expected to become operational in early 2021 and support approximately 30 countries and jurisdictions in the development and implementation of carbon pricing instruments to meet their NDC targets and long-term decarbonization strategies.

All related documents, graphics and videos can be found at the Project’s website http://www.precioalcarbonochile.cl/