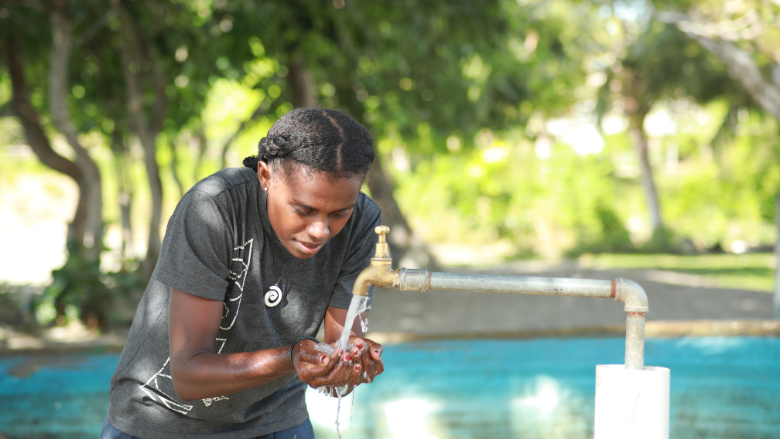 To increase the resilience of rural Solomon Islanders to disasters and the impacts of climate change, the Community Resilience to Climate and Disaster Risk in Solomon Islands Project (CRISP) supported the Solomon Islands government to deliver multi-hazard early warning systems and direct community infrastructure assistance from April 2014 to May 2020. Between April 2014 and May 2020, 70 sub-projects, covering access to safe drinking water, more resilient communal buildings, safe footbridges and shoreline protection for vulnerable communities directly benefited close to 69,000 people across the country.

Challenge
The 2019 World Risk Report ranks Solomon Islands the fourth most ‘at risk of disaster’ country in the world, and it is amongst the top 20 countries in the world with the highest economic risk exposure to geological, hydrological and climatic hazards, including tropical cyclones, volcanic eruptions, earthquakes, tsunamis, landslides, floods and droughts. Each year, the country incurs an average loss of US $20 million as a result of earthquakes and tropical cyclones alone, and it has had seven major disasters in the last 40 years.

In 2014, with more than 992 islands stretching across 1,500 kilometers, the country then had an overall population of roughly 620,000. Before CRISP, climate and disaster risk resilience was not yet fully integrated into the country’s planning and budgeting process, nor was it considered in major sector investments.

Approach
The project supported; (i) rural communities at the community and provincial level to increase their resilience through access to safer evacuation routes and evacuation centers during tropical cyclones and safe drinking water during prolonged drought; and (ii) strengthened climate and disaster risk information and early warning systems at both the national and sub-national levels to better mainstream risks in government policies and operations – and provide timely warnings to communities to prepare and respond to natural disasters.

Overall, between April 2014 and May 2020, 68,878 people have benefited from 65 community-led and 5 provincial-led resilience projects. 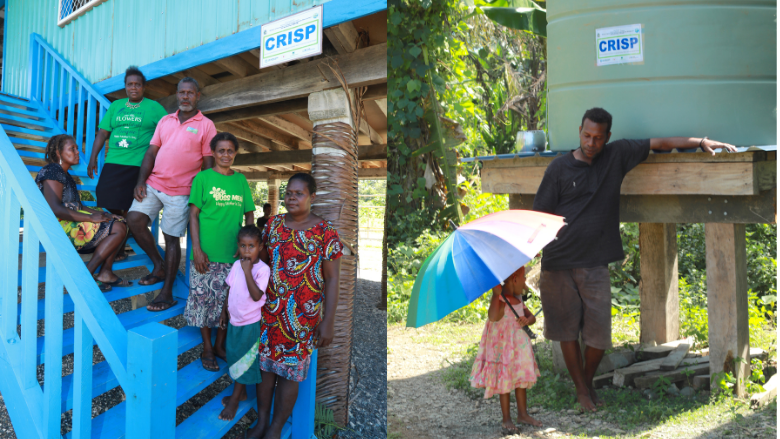 A raised community hall was constructed in Longgu village to act as an emergency shelter during cyclones and other disasters. Water tanks like this one in Mboeni, Gudalcanal, are also being provided throughout Solomon Islands.

Partners
The Global Facility for Disaster Reduction and Recovery (GFDRR) contributed US $1.8 million to the project. CRISP was implemented by the Solomon Islands Ministry of Environment, Climate Change, Disaster Management and Meteorology.

Moving forward
To help mainstream resilience into rural infrastructure to enhance economic growth, and to protect communities – including those in low-lying atolls and on artificial islands – against the impacts of climate change and disasters, the Solomon Islands government and the World Bank have agreed to scale up the CRISP-led community resilience activities through a new integrated program in 2022.

Beneficiaries
“The feedback from communities is that we have really addressed the issues that they have on the ground in relation to climate change.”

“There has also been a range of adaptation actions, including institutional strengthening and hard infrastructure. And we have utilized local expertise, which I see as being very important because we've built the capacity of our own people.

“Nearly all the technical people and engineers that have worked with the project have taken up similar, or even higher up, positions in other organizations within the country.”

Through CRISP a bore hole consisting of two 5000-liter water tanks with 17 tap stands was installed in Balo village on Guadalcanal. Martha Sura, a grandmother of five, explained what the water tanks mean for her village:

“The most common sickness in our area was diarrhea because everything flowed to the stream. I saw my mother use the stream to wash and I grew up washing from the same stream. I do not want my grandchildren to continue with the same cycle. So, now in the morning we store water in the drums here to flush the toilet.”

Mary Jean, a sixth-grader from Bola village in Guadalcanal Province, said the installation of 5000-liter water tanks in her community had changed her daily life:

“Usually fetching water is a difficult chore for kids like me. We fetch water in the morning, after school and also in the evening. I remembered telling my mom how tired I am because of fetching water. Now I am happy, as I do not have to walk far to fetch water.” 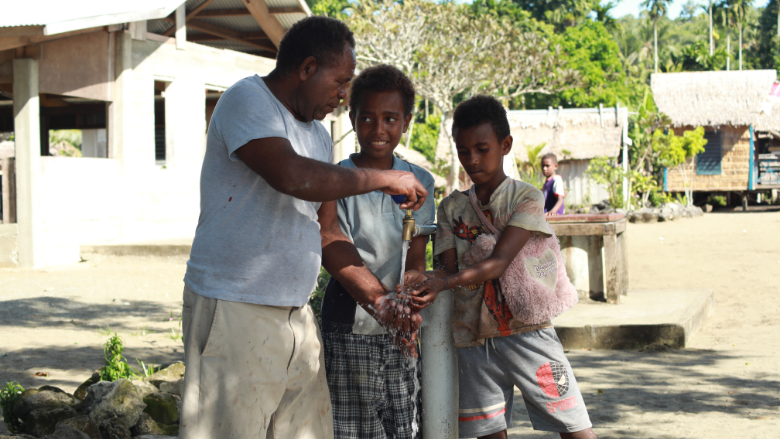