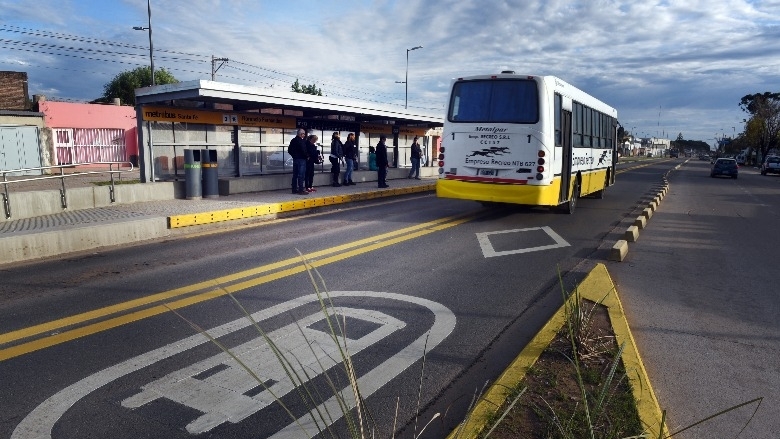 As part of the long-standing support from the Bank to the urban transport sector in Argentina since 1997, Argentina has improved performance and integration of the public transport modes in several metropolitan areas in the country through interventions combining improved infrastructure and access to public transport, as well as enhanced governance through institutional strengthening and the creation of a Metropolitan Transport Agency for the Buenos Aires Metropolitan Area.

Rapid urbanization in Argentina led to urban sprawl, increased distance between homes and workplaces, decline in the level of transport services thus increasing reliance on private vehicles and congestion. The Buenos Aires Metropolitan Area (AMBA), concentrating almost 40 percent of the total population, epitomized this; however other metropolitan areas were exhibiting similar trends. Sustained underinvestment in the sector following the 2001 crisis, and the institutional fragmentation of public transport competencies additionally strained the transit system, as well as on the bus network. Between 2003 and 2010, investments reached, on average, around US$50 million annually, a tenth of the expense. In the largest metropolitan areas, where there was a clear reliance on public transport, particularly among the poorest population segments, the poor were disproportionately affected.

The Urban Transport in Metropolitan Areas (PTUMA) project sought to (i) improve metropolitan transport coordination through the creation of the Metropolitan Transport Authority in Buenos Aires; and (ii) to strengthen decision-making, policy formulation and planning capacities within the urban transport sector. It additionally focused on improving the quality and performance of critical public transport infrastructure, through investments in Bus Rapid Transit (BRT), laying a path towards more sustainable public transit.

The project included a number of actions that responded to the growing demand for public transportation, improving bike paths and racks; horizontal demarcation of pedestrian paths and vertical signaling.

In the other metropolitan areas, these were one of the first BRT projects, which fostered the vision and aspiration for other cites to upgrade their infrastructure. 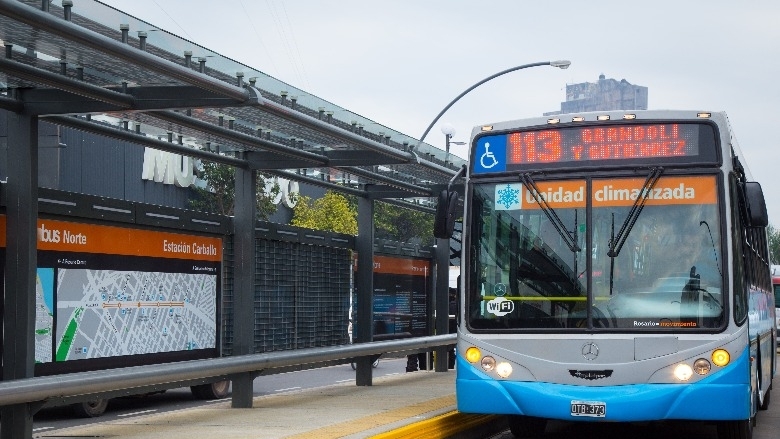 The World Bank, through the International Bank for Reconstruction and Development (IBRD) provided a loan in the amount of US$ 194.69 million to support the Project. A US$ 500,000 grant from the Spanish Fund for Latin America and the Caribbean contributed to the development of a tool that correlates data from the fare collection system to generate information about the origin and destination of public transport trips, giving transport planning authorities new insight into the mobility patterns. The project also led to the creation of a smartphone application that deployed dynamic mobility surveys and collected high-resolution mobility data. A grant in the amount of US$ 300,000 from the Korea Green Growth Trust Fund contributed to the knowledge enhancement on Transit Oriented Development to promote green growth in Metropolitan Buenos Aires, including a knowledge exchange with the City of Sao Paulo, through the visit of its former Secretary for Urban Development to Buenos Aires.

The Government of Argentina provided US$ 71.17 million of project cost financing.

The Project greatly benefited from a variety of partners and government officials, including local municipalities, provinces and the National Government. In the case of the Metropolitan Area of Buenos Aires, the projects were coordinated to respond to the urban transport policies of the National Ministry of Transport and the Metropolitan Transport Agency. Representatives from the Province of Buenos Aires and municipalities were proactively involved in the implementation and gained experience in project management and coordination with the different actors across sectors. For instance, an agreement was signed between the implementing unit and counterparts of the Province of Buenos Aires and the Municipality of La Matanza to allow the progress of the work on the Metrobus of Route 3 in La Matanza. This acted as a precedent for future agreements that were signed for other works in different jurisdictions of the country.

Investments made under the Project in bike lanes contributed to advance non-motorized transport solutions that were almost nonexistent in medium sized metropolitan areas and helped improve the quality of the urban transport system, by providing new sustainable options to transit users. This agenda has become even more relevant during the current COVID-19 crisis, and project experience can serve to further extend these initiatives in the country.

The Ministry of Transport also planned several initiatives and projects to respond to a public policy issued in 2016 in the matter of sustainable urban mobility. These included:

The constructed BRT on the RN3 corridor-BRT R3 Juan Manuel de Rosas, the largest of its type in the country, benefited 240,000 users in one of the more deteriorated and less accessible areas of the Buenos Aires Metropolitan Area, La Matanza. The BRT cuts through La Matanza and is one of the major accesses to the city center.

A total of 94 students were trained under the Masters Program in Urban Transport Planning at the University of Buenos Aires, whose design and implementation was also financed by the Project. The first three cohorts of 60 students received scholarships financed from the Project.