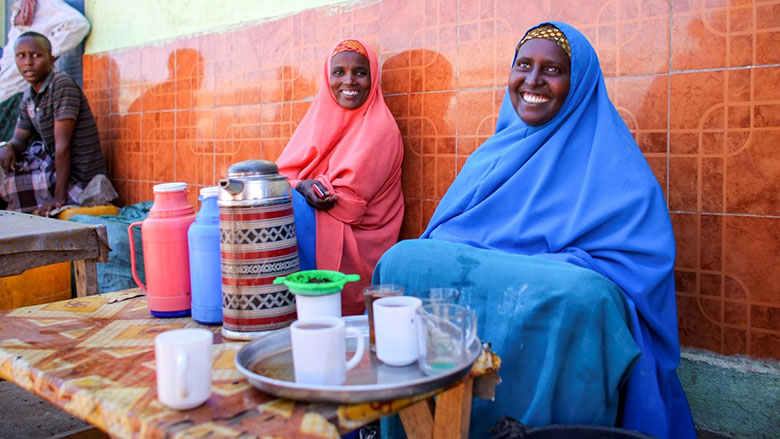 The Recurrent Costs and Reform Financing project has supported day-to-day functioning and financial management systems of key ministries of the federal and subnational governments in Somalia. Specifically, through its three phases, the project has supported the federal dialogue and funded basic services critical for peace building and reconstruction of the fragile state.

After more than twenty years of conflict, Somalia is currently on a path of political stabilization and reconstruction.  Important milestones include the adoption of the Provisional Constitution in 2012, peaceful presidential elections in 2012 and 2017, and an agreement on a federal political system, including the establishment of Federal Member States (FMS).  However, numerous challenges prevail, such as weak government capacity, asymmetric federal structures, security concerns, human capital deficits, and low levels of state legitimacy. According to a World Bank 2019 report, nearly 70 percent of the population lived below the poverty line. In 2020, the COVID-19 pandemic, locusts, and floods have further caused significant economic damage.

Despite substantial political and security challenges, the Federal Government of Somalia (FGS) and FMS are being established.  Improved fiscal management capacity and intergovernmental fiscal transfers have enabled the FGS to absorb external grants, more than double its revenue collection and total spending between 2013 and 2019, and fund FMS service delivery. In March 2020, Somalia qualified for the Heavily Indebted Poor Countries (HIPC) Initiative decision point. Thereby, clearing arrears to the World Bank, International Monetary Fund, and the African Development Bank, and reducing the debt-to-gross domestic product ratio from 113 percent in 2018 to 70 percent in 2020.

Sustaining a positive trajectory requires predictable financing and improved institutions (amongst other structural, political and security factors).  The Recurrent Costs and Reform Financing Project (RCRF) has been the World Bank’s primary instrument for supporting Somalia’s state-building and its transformational journey up to and beyond the achievement of HIPC decision point. 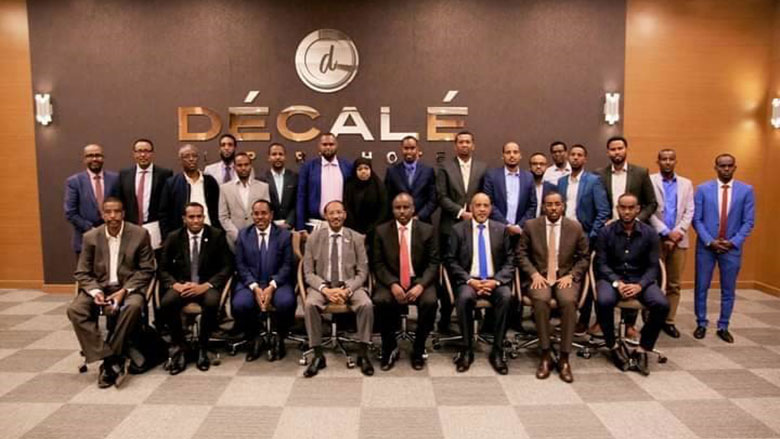 The federal and state finance ministers and other officials posing for a group photo after a Finance Ministers Fiscal Forum meeting, regularly organized under the RCRF, in August 2020 in Mogadishu. Photo Credit: Project Implementation Unit, Federal Ministry of Finance, Somalia

Government-executed projects can help build government legitimacy and public support, strengthening accountability between the state and its citizens. This important tenet of aid effectiveness has been the guiding principle of the RCRF project. Specifically, the project has contributed to the ongoing stabilization of Somalia as a state in four ways.

The RCRF project has received a total of $128 million dollars of International Development Association (IDA) funding since it was first approved in 2014.

The first phase of the project ($14.8 million) was financed through the World Bank-administered Somalia Multi-Partner Fund (MPF). The second phase ($144 million) was the first IDA operation ($60 million) in Somalia. It was co-financed by MPF ($88 million). The third phase, approved in June 2020, is fully financed with IDA ($68 million).

The performance conditions of the second and third phases of the RCRF project are coordinated closely with the International Monetary Fund’s Staff Monitored Program and European Union Budget Support (€10 million by 2020).

Activated in August 2014, the MPF, a pooled fund supporting Somalia's stabilization and peace building, was established under the Somalia Development and Reconstruction Facility. It is funded by the European Union, United Kingdom, Norway, Germany, Sweden, Denmark, Switzerland, Finland, the United States, Italy, and the World Bank State and Peacebuilding Fund. 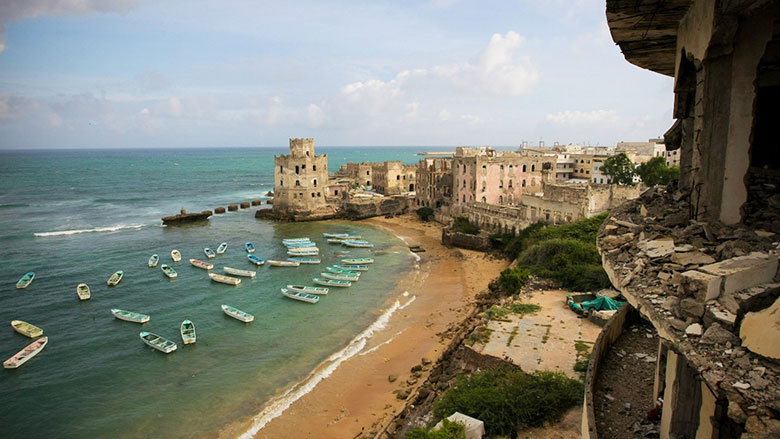 The project’s support for FMS service delivery is moving gradually from the existing teacher payroll financing to school performance-based grants to incentivize improved learning outcomes. The female health worker program, which aims to provide community-led advice and referral services for mothers and infants, is being strengthened. Citizen engagement in the education and health sectors, a dedicated component of the third phase, will improve accountability, participation, and state legitimacy.

Because of the RCRF’s focus on building government systems, the FGS systems are now an example for some of its neighboring countries in functioning financial management information and payroll systems, and timely, audited financial reporting.

“The RCRF project has been the pillar of the Bank’s support to Somalia through this critical phase of our reconstruction and development,” says His Excellency, Abdirahman Dualeh Beileh Minister of Finance. “With iterative learning and adaptation and strong technical advice, RCRF has helped us improve our budget execution and payment systems and enhance the delivery of government services to our communities. Most importantly, it is helping us foster policy reforms and nurture the basics of federalism.”