Fighting Epidemics in Complex Emergencies: The Ebola Crisis Response and Recovery through Safety Nets and Community Engagement in the Democratic Republic of the Congo 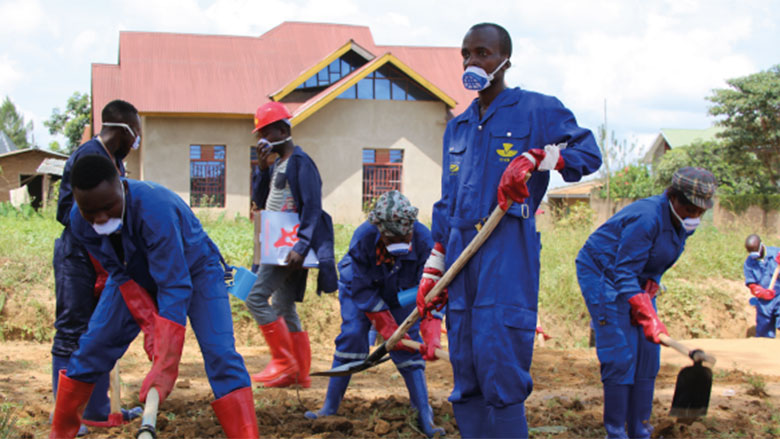 Women and men working together to rebuild their community.

The Democratic Republic of the Congo Ebola social safety net operation was critical in providing relief and much needed income support for communities to recover from the Ebola crisis (2018-2020) and build resilience. More than 35,000 people (half of them women) have already benefited from temporary employment, representing over one million days of community services. The program also brought valuable lessons for the response to the COVID-19 pandemic.

From August 2018 to June 2019, Eastern Democratic Republic of the Congo (DRC) fought the second largest Ebola outbreak in history. It took place amid overlapping crises including food insecurity, massive forced displacement, and persistent armed conflict.  With a total of 3,420 cases, the outbreak claimed 2,287 lives in 29 health zones across the provinces of Ituri, North Kivu, and South Kivu. These hosted 8.5 million poor people, including 6 million people in need of humanitarian assistance, thus stretching traditional coping mechanisms to the limit.

MONUSCO, the United Nation’s (UN) peacekeeping mission, had been deployed since 1999 and over 70 organizations mobilized to provide relief. However, these efforts were hampered by violent community resistance and deadly attacks against first responders. After decades of conflict, communities had developed an entrenched distrust of state institutions and external actors. The absence of redistributive impacts for the poor, despite the unprecedent mobilization of resources, also fed conspiracy theories about hidden interests behind the so-called “Ebola business.”

The World Bank supported the DRC government through its financing instruments, technical support, and convening power. Echoing the tenets of the World Bank Group’s Strategy for Fragility, Conflict, and Violence 2020-2025 – remain engaged in active crises and lay the foundations for long-term recovery – the World Bank financed an emergency cash-for-work program, implemented by the DRC Social Fund (FSRDC), to: (i) strengthen community resilience by providing temporary jobs to beneficiaries in Ebola hotspots; (ii) use public works to address long-standing gaps in community infrastructure that were hampering medical and humanitarian responses; and (iii) improve the acceptance of medical teams by delivering quick results.

The program incorporated innovations in: (a) design – works adapted to the target population (unskilled) and the urgency of the situation (quick and visible results); (b) procurement – relied on local resources to maximize the economic impact in local communities; and (c) remote supervision through “MARTA” (a Monitoring Automated for Real-Time Analysis system). 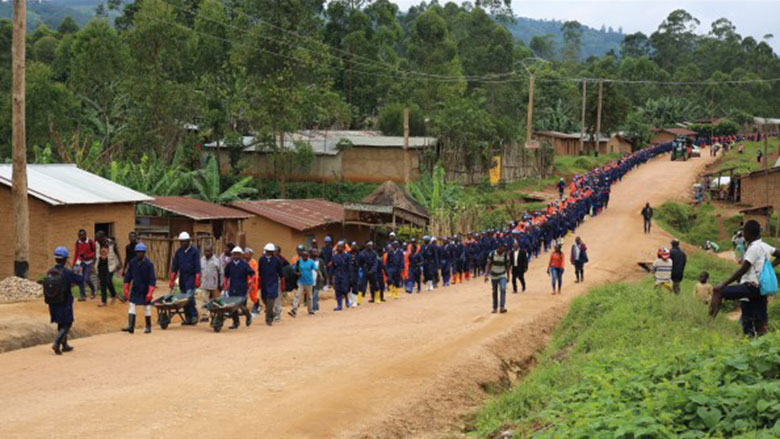 The Ebola – Community Engagement in Emergencies program was crucial in bringing relief and much needed income support to communities to recover from the crisis and build resilience:

The program provided technical assistance to help FSRDC develop the customized remote supervision system MARTA, by leveraging the use of simple and open source technologies:

Finally, although FSRDC had accumulated years of expertise on public works interventions and was accepted by local communities, technical assistance further allowed FSRDC to maximize these assets in the Ebola context by reinforcing its capacity to forge new alliances and set up protocols with public health agencies, humanitarian actors, and peacekeeping forces:

The Ebola – Community Engagement in Emergencies program activities were piloted through a $3 million allocation from the Project Preparation Advance of the Second Financing of the DRC Eastern Recovery Project (2020) and a $50 million Contingent Emergency Response Component of the DRC Education project (2015).

Technical assistance to the program, including to FSRDC, its implementing agency, has been funded (total of $1.2 million) by several multi-donor trust funds: 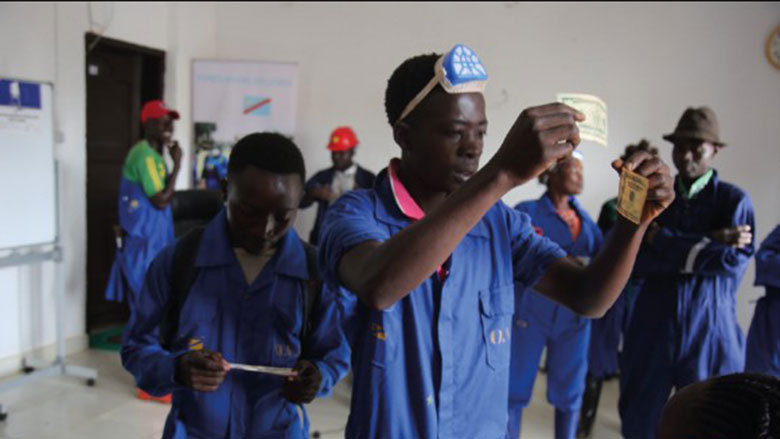 The implementation of the program was largely possible through the effective collaboration and partnerships with humanitarian, development, and peacebuilding actors. This fostered synergies and ensured alignment in the coordination of activities, including:

The innovative approach and partnership model adopted to deliver the program have informed a $445 million additional financing to the Eastern Recovery Project (2020). It will continue to finance public works, while also funding unconditional cash transfers and technical assistance to establish a unified social registry that can be used to reach the poor and vulnerable in any emergency. Furthermore, the registry developed through MARTA has helped actors responding to the COVID-19 crisis quickly and identify beneficiaries, allowing for efficient humanitarian intervention, thus fully aligning with the “protecting Pour and Vulnerable People” pillar of the Framework for World Bank Group COVID-19 Crisis Response. 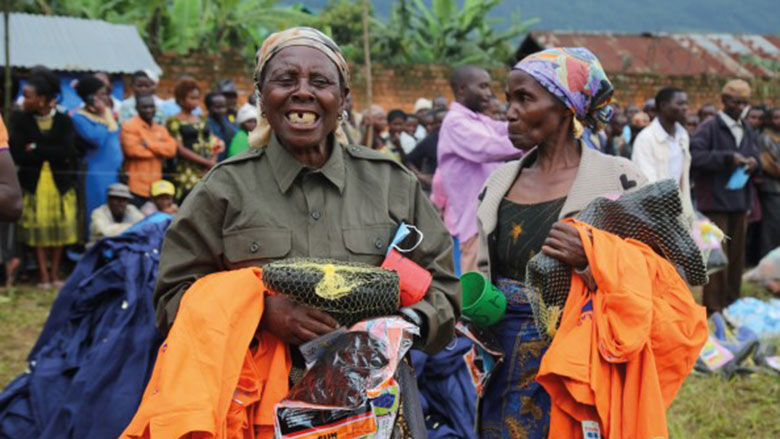 Like many men and women living in the daily anxiety of conflict and unemployment, struggling to make ends meet, Esther was not as worried about getting infected by Ebola as she was about putting food on the table for her family. When asked about the program, Esther said: “We were told that we would get paid $3 ‘just to sweep’. I cannot adapt to such an activity. $3 are enough for me to get organized, since I did not have a job. Before, I was just trying to ‘get by’ by selling tomatoes.”