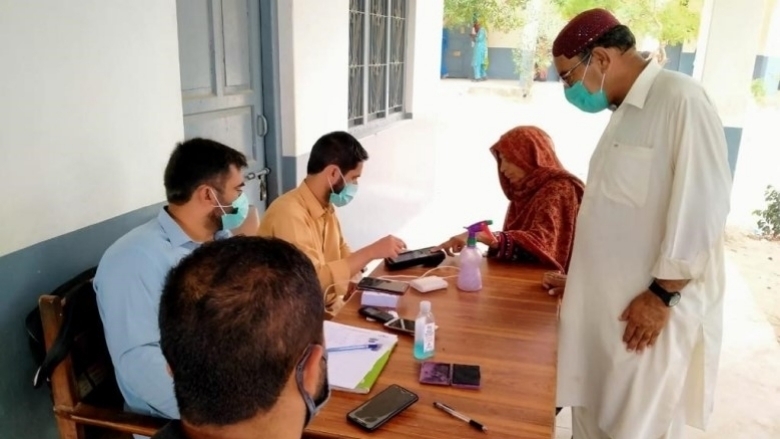 World Bank’s support to social protection in Pakistan has provided a pathway out of poverty for millions of households. The Pakistan Social Safety Net Project (2009-17) has remained the Bank’s flagship engagement supporting the expansion and strengthening of Pakistan’s national safety net platform, known as Benazir Income Support Program (BISP). A key feature of this program has been the cash transfers directly to women, which has among other, significantly contributed to increase in their coverage for national identification system to open up the avenues for women empowerment. Investment in this national platform formed the basis of the country’s quick scale up of support to the poorest, with Bank assistance, in the wake of the COVID-19 pandemic and related lockdowns. BISP now forms one of South Asia’s largest social safety net system.

Pakistan has made important strides in poverty reduction, but it remains an unfinished agenda. While the country has lifted more than 23 million people out of poverty between 2001-02 to 2013-14, there are significant disparities in poverty rates between rural (30.7 percent) and urban areas (12.5 percent), with poverty having declined faster in urban areas.

Despite their critical contribution to poverty reduction, social protection programs in Pakistan were fragmented and limited in coverage, administration, targeting efficiency, and ability to respond to shocks. Traditional cash transfer programs had a sizable share of the social protection expenditure devoted to social security spending for formal sector workers and leakage of safety nets to the non-poor were significant. Less than 50 percent of expenditures reached the poorest 40 percent of the population by 2011. A revamping of the social protection mechanisms was needed.

'It is miraculous. Over time with the benefits that we have received, our children have rejoined school. Payment of children’s school fee and other expenditures is easy for us.'

The project strengthened the administration and performance of the country’s safety net with a focus on the BISP through roll out of a national targeting system and strengthening of safety net operations by capacity building of BISP. It also supported in enhancing safety net program management, accountability and evaluation; and developing the social protection policy and strategy to address the evolving challenges in the sector.

One of BISP’s most celebrated achievements has been the focus on female beneficiaries by making them the direct recipients of cash transfers and opening a pathway to national identification, a prerequisite for receiving payments. With an enhanced focus on digital payments, even the poorest women can now access branchless banking accounts for the first time in their lives. This novel approach has profoundly impacted women’s access to identification, financial inclusion and enhanced their agency and decision-making power.

Cash transfers have been made to 4.6 million women heads of households in Pakistan, representing 23 million family members.

‘Having some cash in hand means a lot to me…there were times when my children used to starve. I can now at least offer them food.’

The Bank’s initial support to BISP was provided through a $60 million credit from the International Development Association (IDA) a Social Safety Net Technical Assistance (SSN TA) Project approved in 2009. In 2012, the TA project was restructured with additional financing of $150 million through IDA to support expansion of the program and strengthening administration by also introducing disbursement linked indicators (DLIs) to incentivize performance for achieving results.

There is a strong partnership among key development players in the social protection sector. As a national platform, the BISP has been able to attract other donors’ participation (the UK’s Department for International Development, United States Agency for International Development, and Asian Development Bank) and harmonize their support with that of IDA around the common objective of instituting a coherent national program. DFID contributed £229 million and aligned its DLI Framework for the Pakistan National Cash Transfer Program with the World Bank’s Project under a parallel financing arrangement.

The project paves way for multiple avenues to graduate from poverty at the household and institutional front. At the household level, the increase of poor families’ income allows multiplier effects through investment in human capital. At the institutional level, investment in establishing social protection systems allow for efficient implementation of safety nets while at the fiscal level this supports government to increase expenditure on social safety nets. BISP is now a well-established social safety net program.

In addition, this project paved the way for sustained engagement in the sector and ushering in the next generation of social protection initiatives that go beyond cash transfers. National Social Protection Program-for-Results, approved by the Board in March 2027, continues to support strengthening of the delivery systems, including the ongoing update of the NSER established under the social safety net program. This platform was the basis for the country’s scaled up support, with Bank assistance, for the poorest in the wake of the COVID-19 pandemic and national lockdowns. The Bank provided $25 million through the Pandemic Response Effectiveness in Pakistan (PREP) project, which supported 5 million vulnerable families affected by the pandemic. The upcoming national operation Crisis Resilient Social Protection under preparation will continue to integrate the lessons from the SSN program and take them to the next generation of reforms by following a comprehensive approach that combines social assistance and social insurance to strengthen the program mix for supporting the poor and vulnerable families in the country.