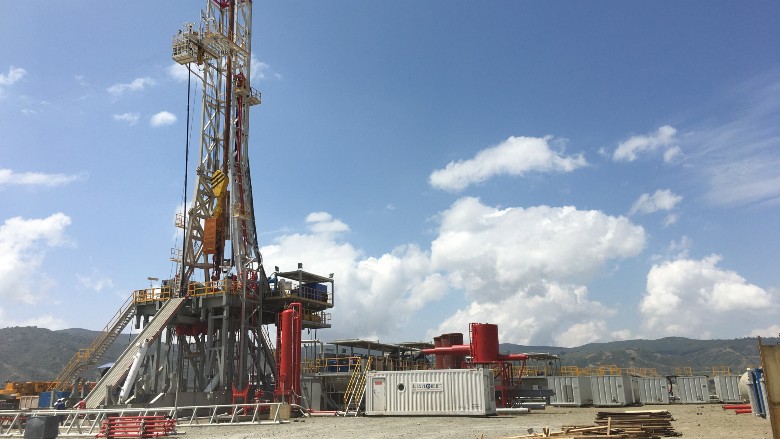 The Global Geothermal Development Plan (GGDP) was launched by Energy Sector Management Assistant Program (ESMAP) in 2013 with ambitious plans to scale up the use of geothermal power by focusing on the primary obstacle: the cost and risk of exploratory drilling. By raising concessional financing, creating knowledge and providing technical assistance to overcome this obstacle, the GGDP furthered geothermal exploration and development across the globe that to date, has resulted in 241MW geothermal power capacity coming online in Turkey with a further 600MW in the pipeline in Indonesia.

Challenge
Validating the presence of commercially viable geothermal resources through drilling requires around 15 percent of the total investment costs to be spent upfront, with no certainty of return. Commercial debt is often not available to finance this step and it usually takes over two years for exploratory drilling to provide investors with confidence to proceed with development of a geothermal field (i.e., through capacity drilling) and construction of the power plant. These ‘upstream’ costs and risks were identified as the main barrier to geothermal development and required heavy reliance of the geothermal on scarce public funds for upstream investments. Yet, at the time of the GGDP launch, only 6 percent of Multilateral Development Banks (MDBs) funding focused on upstream investments.

Approach
In 2013 the World Bank launched the Global Geothermal Development Plan under ESMAP to support upstream investment by:

Results
In 2013 the GGDP prepared a program paper for the Clean Technology Fund (CTF) to support exploration drilling, which subsequently raised US$235 million of grant financing from the CTF. By hosting roundtables, establishing pipeline and preparing knowledge product the GGDP helped leverage further financing for geothermal including US$100 million from the Green Climate Fund (GCF), US$75 million from the CTF, US$24.5 million from Scale-up Renewable Energy Program (SREP) and US$14 million from The Department of International Development (DFID) for Indonesia, Ethiopia, Dominica and St. Lucia. This eventually resulted in the share of MDB geothermal sector financing for upstream geothermal development increasing from 6 percent in 1975-2012 to 39 percent  in 2013-2020.  As a result of these investments as well as technical assistance (TA) and knowledge produced under the GGDP with financing from ESMAP donors, 241MW of geothermal generation capacity commissioned in Turkey in July 2020 and a further 600MW is in the pipeline in Indonesia. The GGDP expanded the geothermal portfolio in the Bank by also making headway in countries that are less familiar with geothermal energy, particularly in Latina America and the Caribbean (LAC) where a region wide study on geothermal opportunities and bottlenecks has set in motion interest and effort to add more geothermal energy to the generation mix.

Bank Group Contribution
The GGDP allocated US$3.5 million of financing from ESMAP donors and a further US$0.8 million of World Bank Budget between 2013 and 2020. It mobilized US$235 million of CTF funds in 2013 and helped mobilize further climate investment funds, in particular US$100 million from the GCF and US$75 million from the CTF in 2019 for the Indonesia Geothermal Resource Risk Mitigation (GREM) project. The GGDP has helped leverage US$125 million in IDA funds and US$400 million of IBRD funds for geothermal development, which is expected to increase as GREM moves on to the second phase of implementation in early 2023.

Partners
Aside from the donors that contributed to the GGDP, other MDBs played an important role in scaling up upstream investments in geothermal energy through CTF co-financing of their operations. The GGDP benefitted greatly from in kind services provided by International experts hired by and provided by the Ministry of Foreign Affairs of Iceland. The GGDP collaborated with donor organizations in the field to provide TA, knowledge and advocacy particularly with the International Geothermal Association (IGA) with whom ESMAP collaborated to adapt the UNFC classification to geothermal resources, see link below. Finally, the GGDP has collaborated on TA and knowledge products with geothermal organizations including the IGA, Geothermal Resources Council, Women in Geothermal and International Renewable Energy Agency (IRENA).

Moving Forward
A recent reassessment of the global geothermal pipeline revealed that there is still significant geothermal power generation at various stages of development today. The GGDP is already engaged with most countries where this pipeline is active and many of them now have built the capacity and experience to further develop their geothermal resources. The GGDP through the new ESMAP program approved in June 2020 (“ESMAP Geothermal Electricity Development Program”) will continue to support geothermal as a clean alternative to conventional fuels on the same footing as other renewables in these countries. In a second group of countries with geothermal potential but limited capacity and/or experience to develop it, the GGDP can play a more active role, disseminating best practices and providing TA to bring geothermal energy into the consideration of mainstream energy planning.

The Gender and geothermal report (ESMAP, 2019) identified geothermal direct use (where heat is used directly rather than converted to power) as an industry which could bring significant benefits for women especially in agriculture. This, and the momentum in geothermal direct use World Bank client and ESMAP donor interest has provided added impetus for the establishment of a the new ESMAP program in 2020 that focuses the GGDP on geothermal direct use specifically (“Geothermal Direct Use Development Program”).

Beneficiaries
The ultimate beneficiaries of the GGDP are the World Bank client countries with geothermal resources. The GGDP has also both directly as well as indirectly organized roundtables, workshops, training sessions and other knowledge transfer events with stakeholders in the public and private sectors.  In addition, the Icelandic Ministry of Foreign Affairs funded two full scholarships for women from, the Caribbean, at the 6-month United Nation University Geothermal Training Program which has the mandate to assist low and middle income countries to establish local specialists in the geothermal exploration and development.