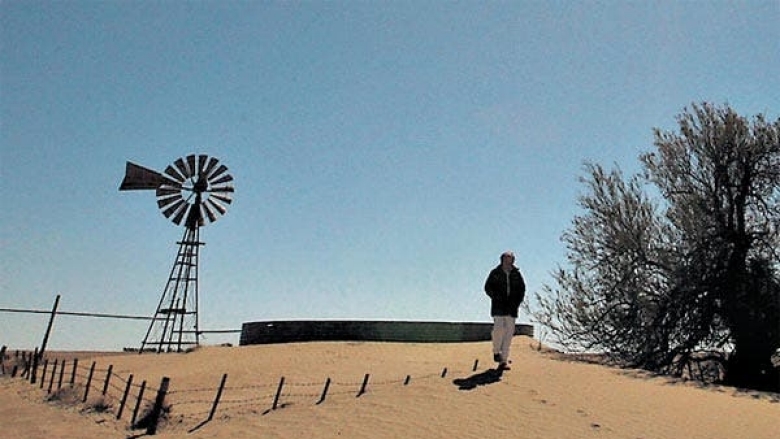 Baseline situation around the 2009 severe drought in the SWBA, an arid zone of the size of Belgium

Argentina’s Ministry of Environment and Sustainable Development has helped reduce climate and human vulnerability in the agroecosystems of Southwest Buenos Aires Province by increasing the adaptive capacity of key local institutions and actors and by piloting and disseminating climate-resilient and sustainable land management practices. Farmers and families engaged in small- and medium-sized agricultural cattle production on dry lands have benefited from interventions implemented between mid-2016 and September 2019, such as early-warning information, productive recommendations, soil quality monitoring, training, and initial investments to adopt climate-smart practices. Contributing local and national institutions benefited from related capacity building.

Agricultural systems in Argentina face significant challenges from land degradation that decreases natural resilience under increasing climate extremes. Agriculture is a key economic pillar, and related activities and forestry occupy 80 % of the national territory. Southwest Buenos Aires (SWBA) Province is characterized by a semiarid climate and marginal lands with biophysically fragile soil that suffers from heavy droughts (such as in 2009). Although farmers have tried diverse coping strategies, most resulted in decreased resiliency of the agroecosystems. Climate-related information for guiding local decision making was scarce, and lack of an adequate political, social, and economic framework limited identifying and adopting appropriate adaptation measures. The National Institute of Agricultural Technology (INTA), National Southern University (UNS), and the Agricultural Risk Office carried out isolated activities, but no specific, coordinated system at any level assessed desertification and climate dynamics. Further, convincing farmers to change their productive practices is challenging and requires technical validation of improved practices to mainstream them.

The Increasing Climate Resilience and Enhancing Sustainable Land Management in SWBA Project addressed these challenges by providing training, capacity building, and meteorological monitoring activities. These activities were complemented by demonstration pilots aimed at assisting farmers in coping with climate variability and change and at identifying concrete activities to slow down or even halt continued environmental and socioeconomic deterioration trends in the SWBA to help improve the sustainability of their livelihoods. The project promoted identifying and piloting concrete climate resilience and adaptation measures focused on crops, livestock, and water management. To promote and secure ownership of the measures addressing soil degradation and the climatic issues faced in the arid, semiarid, and irrigated geographic intervention areas, the project applied participatory planning processes with local farmers and relevant stakeholders. It promoted and achieved unprecedented interinstitutional synergy, particularly by establishing and operating a pilot Information and Early Warning System (IEWS) for climate change and desertification in the SWBA and by promoting behavioral changes among the targeted sociocultural and productive ecosystems.

Implementation predominately took place during the period from mid-2016 to September 2019, with following key results achieved: 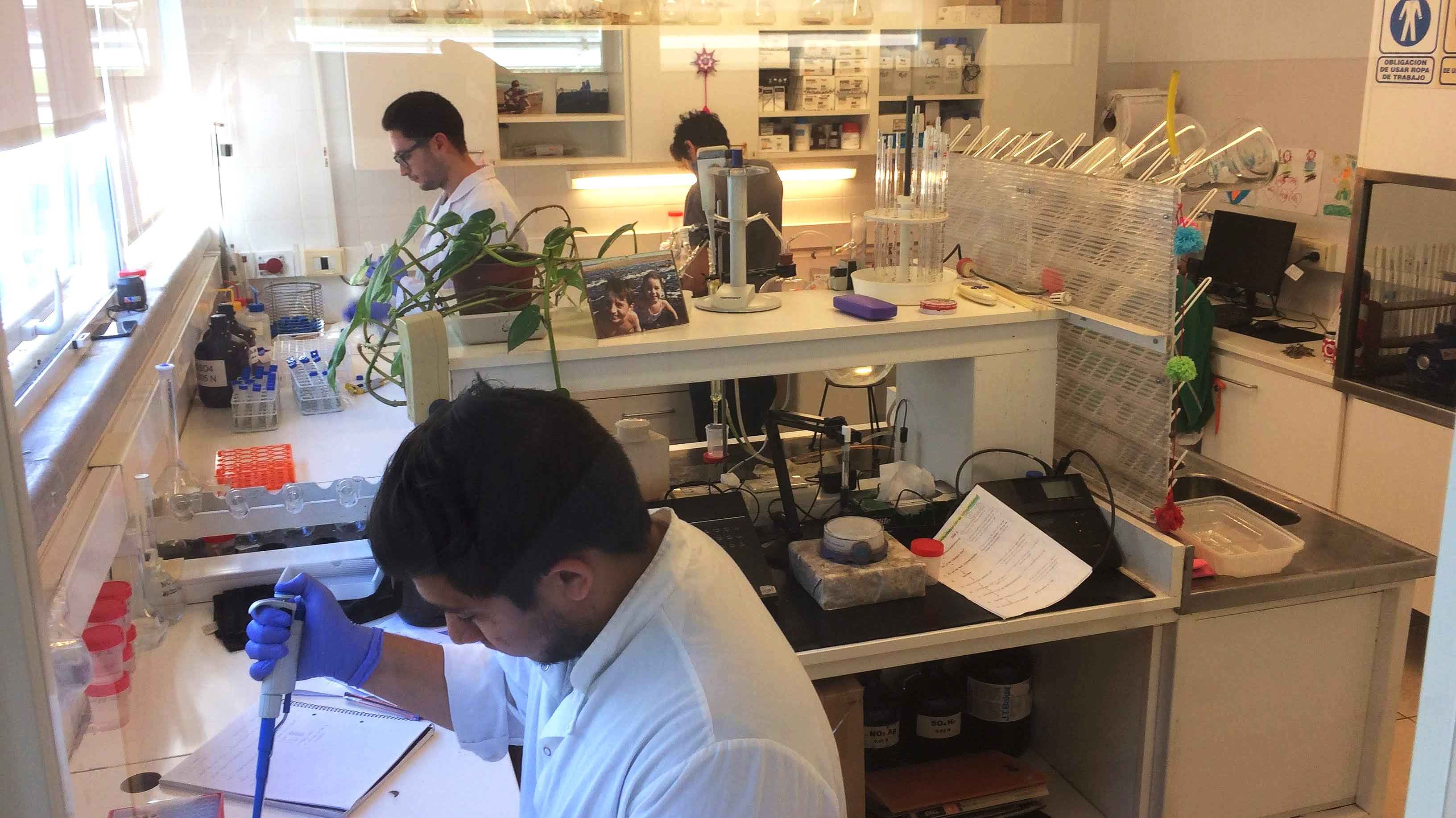 Capacity building at an INTA laboratory

The World Bank, through the Bank-administered Adaptation Fund, financed a portion of the project’s costs under a grant in the amount of US$3.96 million. The Bank had been deeply engaged in various aspects of Argentina’s climate change and agriculture agendas for years, particularly a first pilot of this project similarly supported through the Adaptation Fund.

The project worked closely with the municipal governments of Puan, Villarino, and Patagones and coordinated with the government of the Buenos Aires Province through the Provincial Sustainable Development Agency. Four local technical institutions were key implementation partners: INTA managed eight specific intervention sites, while one each was managed by UNS, the Center of Renewable Natural Resources in Semiarid Zones of the National Scientific and Technical Research Council, and Carlos Spegazzini Agrarian School. SMN, Ministry of Agroindustry, MDS, the National Roads Agency, and CORFO all joined the project during implementation. Additionally, it should be noted that the project was co-financed with approximately US$2.5 million of mainly in-kind contributions.

The project directly benefited 1,632 people, of whom 427 were small or medium agricultural and livestock producers (384 men and 43 women), located on arid lands in the municipalities of Puan, Villarino, and Patagones in the SWBA, who participated in implementing the piloted and promoted practices. A total of 118 training days were held, with 2,172 people participating, to build capacity regarding sustainable land management, incorporating climate variables into productive decision-making processes, and the IEWS, including monitoring, adaptive management, and disseminating lessons learned. Contributing local and national institutions, such as INTA, UNS, MAyDS, and SMN, strengthened their capacity to contribute to improving climate resilience and combating desertification. 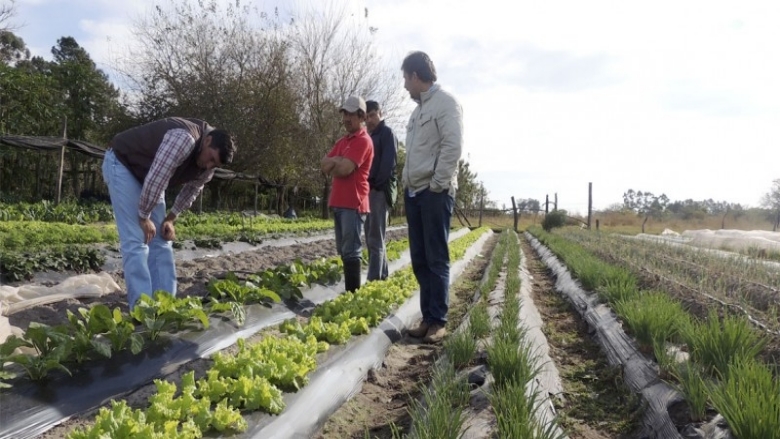 Sharing of good practices in the field

The project supported municipal plans regarding sustainable forage production and reforestation and strengthened collaboration between the municipalities and local technical institutions to secure continued support for implementing these plans. The collaboration established contributes to a strategic sustainability framework and a degree of scalability for key project activities within and beyond the SWBA. The technical and academic institutions have integrated related work into their operating and research programs, including institutionalizing their contributions to the IEWS, which continues to guide decision making by producers and technical and municipal entities; its expansion to additional municipalities is underway. Opportunities exist to scale up demonstrated practices and replicate the IEWS, for example, through the ongoing Integrated Risk Management in the Rural Agroindustrial System, which has strategic potential to replicate, scale-up, and further develop many of this project’s results.