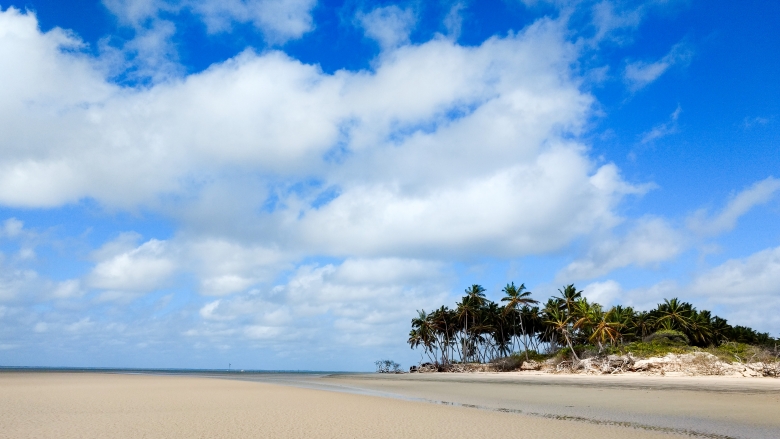 In 2020, Brazil fully realized its goal of creating the largest marine protected area in Latin America: 96.4 million hectares (26.4 % of the Brazilian vast marine territory) were placed under biodiversity protection status and, simultaneously, 1.6 million hectares were placed under enhanced biodiversity protection. The effort included supporting research centers and integrating conservation and livelihood opportunities within communities. Trust was built with all affected communities, including Indigenous communities, and financial mechanisms were developed to ensure long-term sustainability of marine and coastal protected areas.

Unsustainable development practices—including pollution from aquaculture, particularly shrimp fishing, and deforestation and poorly planned development, threatening mangroves and the biodiversity found across Brazil’s vast marine environment—harmed not only the health of the ecosystems but also the economic opportunities for vulnerable coastal communities, particularly those where livelihoods rely on tourism. Strengthening the sustainability of the fishing industry and of traditional communities was necessary. In 2015, economic activities in the coastal zone were estimated to account for roughly 70 % of Brazil’s GDP, despite being one of the country’s most threatened ecosystems, with its lowest protection status: only 1.57 % of Brazil’s coastal and marine areas were protected. Increasing the coverage of Brazil’s Marine and Coastal Protected Areas (MCPAs) was key to ensuring the health of ecosystems and the livelihoods of the 43 million inhabitants of the coastal zone (including 18 % of the national population, and 16 of the country’s 28 metropolitan regions). MCPAs were also seen as essential for protecting global public goods, including biodiversity.

The Brazil Marine Protected Areas Project set an ambitious agenda for creating and sustainably managing a vast network of MCPAs throughout the country. The approach included identifying and mapping priority areas for biodiversity conservation and developing and implementing an integrated monitoring and evaluation system—the Monitora Program—to track key marine and coastal environmental and biodiversity indicators. The project also focused on designing financial mechanisms, including the capitalization of endowment finance, to further support research centers and to integrate conservation and livelihood actions within communities. Balancing conservation with livelihood opportunities was a key priority of the subprojects undertaken as fundamental steps toward strengthening conservation and empowering community members, particularly women and Indigenous peoples. In this context, the entire approach hinged on building trust with communities, including Indigenous communities. This relationship was solidified in 2019 after the project took swift action to provide people living in areas affected by a massive oil spill with immediate emergency support for fuel, food, and per diem expenses, as well as protective clothing and gear for volunteer oil removal teams.

Between November 2014 and March 2020, the following key project outcomes were achieved:

Other achievements under the project include:

The Global Environment Facility, a trust fund administered by the World Bank, provided a grant in the amount of US$18.2 million to support the project. The remainder of project costs (US$99.66 million) was provided by the government of Brazil. 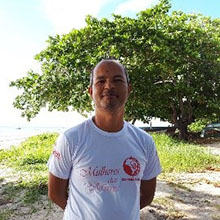 Carlos Alberto Santos, an artisanal fisherman from Canavieiras, Brazil, is one of the 7,325 people who benefited directly from project investments to support community associations and sustainable fishing practices for marine resource management. Carlos is a well-recognized community leader who has helped shape community engagement and initiatives within MCPAs.

The path that led fisherman Carlos Alberto Santos to become one of the founders of the National Commission for the Strengthening of Coastal and Marine Extractive Reserves is the same one that he intends to follow when he finishes his second term as general coordinator almost ten years later: the struggle for his right to exist as a son and grandson of jangadeiros, traditional fishermen from Bahia, Brazil. Together with other local leaders, he fought to create the Canavieiras Marine Extractive Reserve. “Traditional fishing communities are ceasing to exist because we are losing our territories to real estate speculation and with the negative impacts of large enterprises on ecosystems and social organization. There is a lack of public policies that value and encourage our permanence. Whoever stayed is resisting and fighting to guarantee our rights,” explains Carlos.

The Global Environment Facility is preparing a follow-up initiative that draws on lessons learned and successful approaches (including subprojects in community engagement and empowerment) stemming from this project. The Marine Spatial Planning discussions initially supported by the Brazil Marine Protected Areas project will serve as the basis for continued engagement in this area and will continue to help strengthen Brazil’s blue economy by balancing conservation efforts and sustainable economic growth.