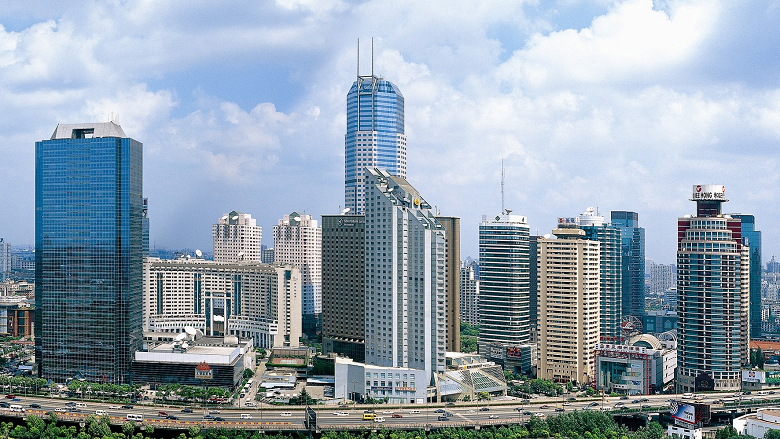 The World Bank-financed Green Energy for Low-carbon City in Shanghai Project scaled up low-carbon investments in buildings in Shanghai, mainly its Changning District. A total of 67 buildings were retrofitted with low-carbon technologies, resulting in annual energy savings equivalent to over 78,083 tons of coal equivalent and reducing carbon emissions by an estimated 189,946 tons annually. The project was started in Changning District, then expanded to other districts in Shanghai and has demonstrated green energy schemes with high potential for replication in other cities.

Cities accounted for 85 percent of China's commercial energy use, and their importance was set to increase with rapid urbanization. It was estimated that over the coming two decades energy demand and related carbon emissions from buildings and appliances would triple and emissions from transport would more than quadruple with the expected ten-fold increase in the vehicle fleet.

The speed and scale of urbanization provided an unprecedented opportunity to invest in clean energy and energy efficient technologies in buildings to contain emissions related to energy supply and consumption. Introducing efficient low-carbon technologies into new urban infrastructure today would avoid locking cities into a high-carbon growth path for decades to come.

Changning District, a well-established commercial and residential urban area in Shanghai, had a population of about 600,000. With almost no industry, buildings were estimated to contribute as much as 90 percent of total final energy consumption in Changning. A World Bank-supported study showed that there was huge technical potential in rehabilitating the existing building stock to reduce energy consumption, but institutional and financial barriers existed.

The World Bank-financed Green Energy for Low-Carbon City in Shanghai Project was designed to pilot green energy schemes and scale up low-carbon investments in buildings in Shanghai, with a focus on Changning district. Green energy scheme refers to a policy, financing mechanism, business model, technology application, or infrastructure program leading to reduced energy consumption and reduced use of high-carbon energy. Schemes that were proved successful in Changning could be replicated in other districts in Shanghai as well as in other cities.

The bulk of project activities would be in the building sector, with a focus on building retrofits as the leading measure to reduce emissions in Changning. The project would scale up low-carbon building investments using a combination of technologies ranging from improved new and existing building lighting, heating, ventilation and air conditioning systems and insulation, to energy management systems and low-carbon distributed generation systems.

Replicating outcomes from Changning to Shanghai could result in substantial energy savings over the 20-year lifetime of investments. Reducing emissions in this way would contribute to China’s broader agenda of low-carbon city development, green growth, and addressing climate change. 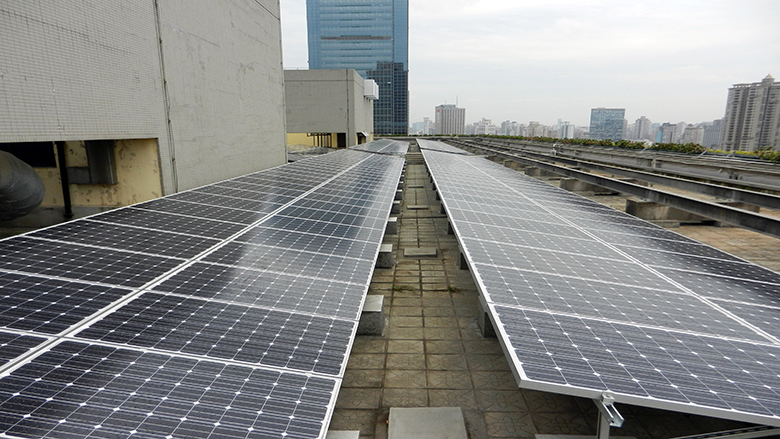 A total of 67 buildings were retrofitted with low-carbon technologies, resulting in annual energy savings equivalent to over 78,083 tons of coal equivalent and reducing carbon emissions by an estimated 189,946 tons annually.

The Green Energy for Low-carbon City in Shanghai Project was implemented between 2013- 2018, and achieved the following results:

The International Bank for Reconstruction and Development (IBRD) provided a loan of US$100 million in 2013. The Bank team closely coordinated with other ongoing and planned low-carbon initiatives and building energy efficiency programs, both at the national and municipal levels in China. The project design was built on lessons drawn from international and Chinese experience

The Global Environment Facility (GEF) provided a grant of $4,345,000 for technical assistance and capacity building.

Technical design of a pilot distributed generation center in Changning District received complementary funding by the Energy Foundation, another development partner of the District Government.

The green energy schemes piloted in Changning were promoted through 18 high-level meetings, workshops, conferences, and conventions in Shanghai and beyond, including the meeting of the C40 Cities Climate Leadership Group in Copenhagen, Denmark. The NZE demonstration building at Hongqiao State Guest Hotel has attracted the attention of Chinese and international leaders including the Prime Minister of Norway. Overall, the various green energy schemes successfully piloted under the project have high potential for further replication in other parts of China.

Based on the studies and experience gained from the project, Changning District has been using energy efficiency benchmarking to rank office buildings since 2017 and has also developed a new incentive system as part of its continued efforts to improve energy efficiency of existing public buildings.

The project’s successes and lessons were the subject of a policy brief prepared by the University of Leeds in partnership with the Coalition for Urban Transitions, a major international initiative to support decisionmakers to meet the objective of unlocking the power of cities for enhanced national economic, social and environmental performance, including reducing the risk of climate change.

“Over the last five years, we have completed retrofitting of existing public buildings with a total floor space of nearly three million square meters.  While reducing carbon emission and improving energy efficiency, we have explored ways to integrate low carbon with urban regeneration and use low carbon to boost regional economy. For Changning, low-carbon and sustainable development is not only a concept but has become a character of our district.”