Post-Earthquake Reconstruction in Nepal: Rebuilding Lives, One Home at a Time

The Nepal Earthquake Housing Reconstruction Project, supported with $700 million in financing from the International Development Association (IDA), is working to help more than 330,000 homeowners from poor rural households in 32 affected districts of Nepal rebuild their homes using disaster resilient construction techniques and materials. The project has also introduced a culture of resilient construction in the country through policies, strengthening institutional capacity, and training engineers and masons.

On April 25, 2015, a 7.8 magnitude earthquake struck central Nepal followed less than one month later by 7.3 magnitude earthquake. Together, these earthquakes caused more than 8,700 deaths and some 25,000 injuries. A Post Disaster Needs Assessment (PDNA), supported by the World Bank and other development partners, estimated the physical damage from the earthquake to be around $7 billion, with total recovery financing needs of about $6.7 billion.

have been reconstructed with full/partial housing grant support from IDA credits.

The project provides housing grants to homeowners of Nepalese Rupees (NPR) 300,000 (about $3,000) in three tranches. The first tranche of NPR 50,000 is released to eligible homeowners upon signing a participation agreement. The second tranche of NPR 150,000 and third tranche of NPR 100,000 are released upon satisfactory completion of first level of the home and the roof of the home, respectively, when they are deemed to comply with technical construction guidelines upon inspection and certification of field engineers.

Technology has been successfully embedded throughout the project activities to ensure efficiency, transparency and accountability. For example, the initial Earthquake Housing Damage Characteristics Survey was conducted using a tablet-based application and the data set was used to identify eligible beneficiaries. During implementation, the participation agreement signed by each eligible beneficiary is digitized and uploaded to a digital management information system (MIS). Inspection of rehabilitated houses by field engineers is carried-out on a mobile/tablet-based inspection application and the physical inspection sheets are signed off by both beneficiaries and engineers and then digitized. The MIS also maintains the banking information to facilitate the payment of grants to project beneficiaries, as well as a grievance redress function.

The Earthquake Housing Reconstruction Project, which focused on promoting resilient construction practices, empowering women, leaving no one behind, promoting good governance, and supporting overall economic development, has helped achieve the following results between 2015-2020:

Following the COVID-19 pandemic and lockdown, the project was restructured to allow substantial cashflow to respond to COVID-19 recovery needs. This enabled the project to disburse about $116 million in June 2020, which significantly contributed to the government’s Treasury. The World Bank is also administering a $34.4 million Multi Donor Trust Fund of which $15 million is provided through a grant that the government is managing.

The Earthquake Housing Reconstruction Project is implemented by the Government of Nepal, through its National Reconstruction Authority. The World Bank also administers a multi-donor trust fund, which enabled other development partners to pool resources for foundational works such as the Earthquake Housing Damage Characteristics survey. The MDTF includes contributions from the governments of Canada ($11.59 million), Switzerland ($7.24 million), the United Kingdom ($6.05 million), and the United States ($9.60 million). The Japan International Cooperation Agency (JICA) has provided parallel financing of $100 million and India is providing parallel financing of $150 million – both development partners are following the EHRP project design.

The Project aims to enhance the government’s ability to improve long-term disaster resilience through a number of additional activities under both IDA and MDTF financing. To support the Government of Nepal’s transition to federalism, the project is planning to build the disaster risk management capacity of 282 local governments in 32 earthquake-affected districts and transfer the records of the EHRP project to local governments by December 2021 so that the project can be administered at the local level. Through a MDTF grant the project aims to strengthen the institutional capacity of National Disaster Risk Reduction and Management Authority (NDRRMA), which was established in early 2020. NDRRMA is a permanent institution responsible for coordinating Disaster Risk Reduction and Management. 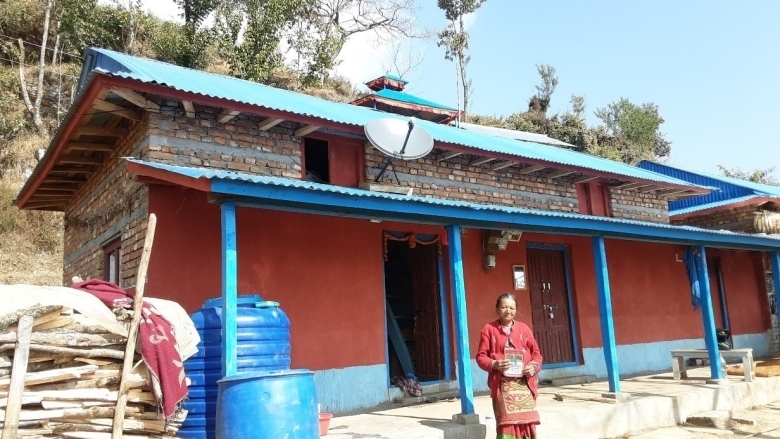