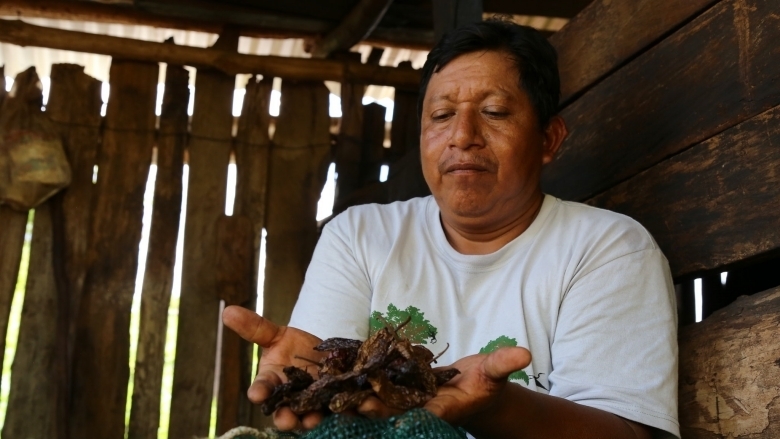 Mexico increased the connectivity of its biological corridors, succeeding in conserving more than 81,000 hectares of land through biodiversity friendly practices and benefiting 182 producer groups and 12,000 producers (28 percent of whom are female). This first effort by Mexico to conduct biodiversity monitoring of productive systems helped to create 42 business alliances with buyers and established standards and biolabels for biodiversity friendly goods.

Mexico was classified as one of the top five most megadiverse countries, representing 12 percent of global biodiversity in just 1.5 percent of global land surface. Mexico’s Mesoamerican Biological Corridor, consisting of some of the country’s southern states, is considered a global biodiversity hotspot that provides habitat for many species either threatened or at risk of extinction.

In 2012, a top government priority was to align agricultural production and environmental conservation objectives. Scope had been demonstrated for working with producers to help reduce fragmentation of habitats, increase socioeconomic connectivity, and ensure long-term sustainability of productive landscapes. Roughly 70 percent of forests belonged to rural communities lacking access to markets and with insufficient knowledge and capacity related to drivers of deforestation and land degradation. About 50 percent of Mexico’s land was under agricultural production, and over half of all species were found in productive landscapes.

Additionally, Technology Transfer Units (UTTs) were established to conduct research, development, and innovation in sustainable production practices, with one UTT for each productive system, transferring knowledge to technical service providers responsible in turn for building producer associations’ capacity. The project also fostered business alliances between buyers and associations for bio-labeled products, including establishing AB product standards for the design and use of market differentiation tools and for third-party verification of forestry, coffee, honey, and cocoa bio-labels. Efforts to promote collaboration and knowledge sharing across institutions in the Mesoamerican Biological Corridor countries (including Belize, Costa Rica, El Salvador, Guatemala, Honduras, some of Mexico’s southern states, and Nicaragua) contributed to the development of a Mesoamerican regional program for sustainable rural production.

Between August 2012 and April 2019, the program achieved the following results:

• 81,462 hectares of land were brought into productive landscapes under AB production.

• As of April 2019, 24.4 percent of all sales were for products produced under AB practices; cacao, coffee, and honey reported the highest gains as they had better market opportunities.

In addition, an exhibition at the Museum of Sciences at Universidad Nacional Autonoma de Mexico was held from November 2018 to April 2019, reaching 60,000 visitors, including school children, university students, and many other groups (https://www.universum.unam.mx/exposiciones/t/producir-conservando). The exhibit demonstrated how the project developed AB practices in Mexican communities, and it informed the wider public on the value of knowledge about and conservation of national biocultural diversity and on practices and productive activities constituting viable options for promoting sustainable development.

The World Bank, through the International Bank for Reconstruction and Development (IBRD), administered a grant totaling US$ 10.8 million from the Global Environment Facility (GEF) to finance this project.

The project followed up previous operations of the Bank in Mexico, initiated in 1996, focused on mainstreaming biodiversity conservation in productive landscapes. In addition to the IBRD contribution, other project financing included US$ 7.18 million from the Government of Mexico and private sector financing from (i) Fomento Social Banamex (approximately US$ 1 million); and (ii) the Financial Institution for Rural Financing (Financiando el Desarrollo Del Campo, FINDECA) (US$ 1.63 million).

The experience, capacity, and commitment of the implementing agency, the  National Commission for the Knowledge and Use of Biodiversity (The Comisión Nacional para el Conocimiento y Uso de la Biodiversidad, were key factors in the project’s success, as was the partnership between the Bank, the GEF, and government entities, including the Ministry of Environment and Natural Resources (Secretaría del Medio Ambiente y Recursos Naturales), the Ministry of Agriculture and Rural Development (Secretaría de Agricultura y Desarrollo Rural), and others. The private financing provided by Fomento Social Banamex and FINDECA was also critical to enabling the Producer Associations to obtain credit.

The project had a positive impact on public and private entities working to protect biodiversity throughout the Mesoamerican Corridor. Smallholder producers, primarily rural communities, including women and Indigenous Peoples, particularly benefited, as their establishment of AB business plans and investments in AB practices translated to higher profits for their products and/or services.  More than 10,000 producers completed at least one training program on AB practices, and pilot communities gained knowledge and equipment required to monitor biodiversity.

The objectives of the project remain aligned with Mexico’s National Biodiversity Strategy on “productive use and sustainable management” and its Action Plan 2016–2030. Several recently approved Bank-financed projects, including the Sustainable Productive Landscapes Project (approved March 30, 2018) and the Strengthening Entrepreneurship in Productive Forest Landscapes Project (approved January 28, 2018), build on the SPSB’s goals of strengthening sustainable management of productive landscapes and increasing economic opportunities for rural producers in priority areas of Mexico. The Bank continues to play a key role in fostering integrated landscape management for sustainable rural economic development in Mexico.

Website: Project practices (Government of Mexico – National Commission for the Knowledge and use of Biodiversity)

- Jaguar’s video: Jaguar is a key species and its recognized presence is an indicator of habitat quality for biodiversity conservation. 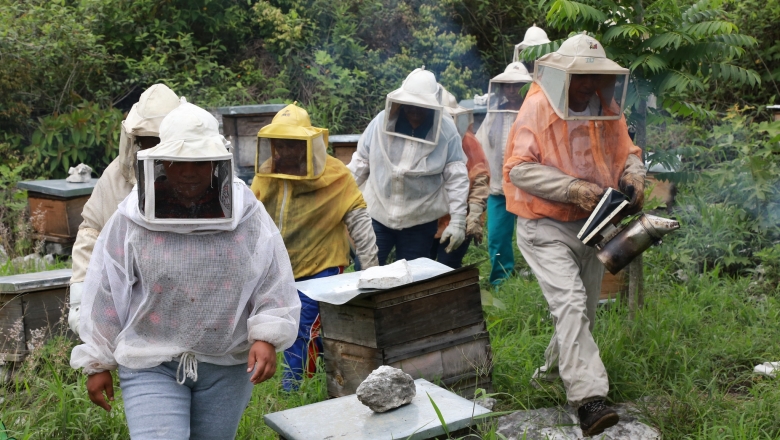