Fostering an Integrated Approach for Improved Water Management in Brazil 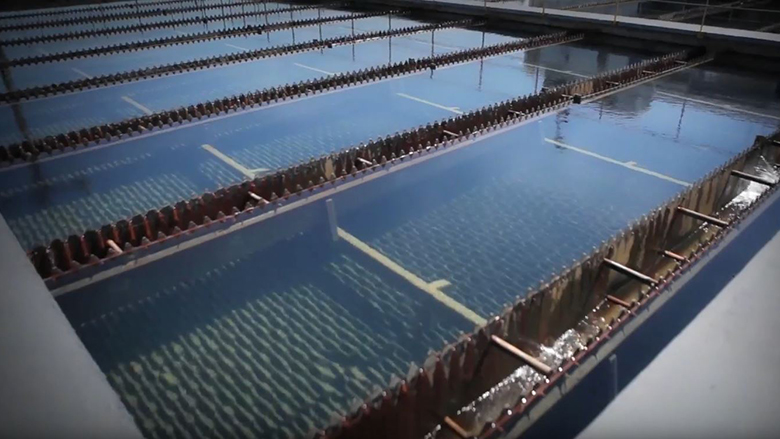 Proper water resources management (WRM) is essential for Brazil to achieve sustainable development. Despite past accomplishments, improved WRM remains a challenge: in the Northeast, water scarcity continues to increase; the severity of droughts and flooding are expected to increase due to climate change; water pollution plagues most large cities, causing environmental damage and increasing the cost of water treatment for downstream users; and water supply and sanitation (WSS) services remain uneven.

Regional inequities in water endowments are mirrored by unequal access to WSS services, with coverage lowest in the country’s poorest regions. While urban areas have better WSS access, pollution of urban rivers and streams is Brazil’s biggest water quality challenge and continues unabated: only about 61 percent of urban wastewater is collected and only 43 percent is properly treated. Moreover, dumping untreated wastewater into water bodies further exacerbates the already critical problem of water scarcity.

Through the Federal Integrated Water Sector Project (INTERÁGUAS), the federal government sought to integrate the water sector by improving coordination among and strengthening the capacity of the sector’s key federal institutions. In an ambitious innovation, the World Bank supported the government by helping to bring together the most important federal water sector agencies: the Ministry of Environment (Ministério do Meio Ambiente, MMA) and the National Water Agency (Agência Nacional de Águas, ANA), jointly responsible for WRM; the Ministry of National Integration (Ministério da Integração Nacional, MI), charged with water infrastructure, irrigation, and natural disaster management; and the Ministry of Cities (Ministério das Cidades, MCid), responsible for urban WSS.

The project consisted of five components. The first three were designed to continue Bank support to ongoing water sector reforms and institutional strengthening in individual sectors at the national level, with investments focused on: (a) planning and management, (b) studies and project assessments, and (c) institutional development. The fourth component was cross-sectoral and designed to improve implementation performance and coordination of sector policies and activities in selected federal river basins.

This effort promoted multiple uses for water in two (or three) priority river basins and dealt with the complex challenges of allocating water across competing uses (hydropower, navigation, environmental sustainability, WSS, and irrigation). Basins selected were required to have an integrated planning process and a critical mass of plans and studies and to present opportunities for improved coordination across sectors, government levels, and other relevant stakeholders. The fifth and final component covered project management, monitoring, and evaluation.

Almost half of total project expenditures were channeled to integrated activities, surpassing initial targets. Strategic outputs completed during implementation of INTERÁGUAS include:

The National Water Security Plan (Plano Nacional de Segurança Hídrica, PNSH), which prioritized 114 multiple use works, involving total investments of around US$ 6.75 billion, to expand and improve the quality of the country’s water supply.

One important unexpected result was that the positive experience of INTERÁGUAS contributed to the decision to consolidate MI and MCid, the ministries with most WRM and WSS responsibilities, under the command of a new, standalone ministry, the Ministry of Regional Development (MDR).

The World Bank, through the International Bank for Reconstruction and Development (IBRD), financed US$ 19.8 million toward the total project expenses of US$ 26.8 million. The Bank’s contribution was critical to promoting and facilitating integration among the different water sector institutions at both the activity and the project levels. The Bank also shared international practices, including study tours to the United States and Spain in 2009, 2013, and 2014.

The commitment to the project of the implementing agencies — SRHQ/MMA, ANA, MI, and MCid — was essential to achieving its results. Implementation was guided and supervised by a high-level Interministerial Management Committee with the support of the Project Technical Secretariat linked to ANA. Subnational institutions at the state, municipal, and river-basin levels also played important roles in implementation of strategic activities.

Project beneficiaries included both the poor living in densely populated urban and peri-urban poverty pockets of metropolitan areas and the agencies responsible for formulating policy and planning, implementing, and monitoring WSS projects for the urban poor. INTERÁGUAS made significant contributions to improving the planning and structure of Brazil’s water sector. The integrated actions collaborated in, or at least facilitated, the formation in early 2019 of a new ministry in the federal administration that brought together the project’s executors. As one project staff member mentioned, “INTERÁGUAS has become the MDR.” Through its implementation, other institutions at the municipal, state, regional, and federal levels have also benefited from the project, including subnational water resources management secretariats and utilities.

INTERÁGUAS represents the seed for future coordination and integration efforts. Mechanisms to be fostered include further efforts within the new MDR and coordinated and integrated activities to involve other relevant institutions (such as the Ministry of Mines and Energy or the Ministry of Agriculture, Livestock, and Supply) in the water sector. Integration and coordination permeate the next phases of the main studies prepared under the project (i.e., implementation of actions planned under PNSH and PLANERB). The Regulasan study has gained even more relevance in the context of ongoing discussions regarding the new regulatory framework for the WSS sector.