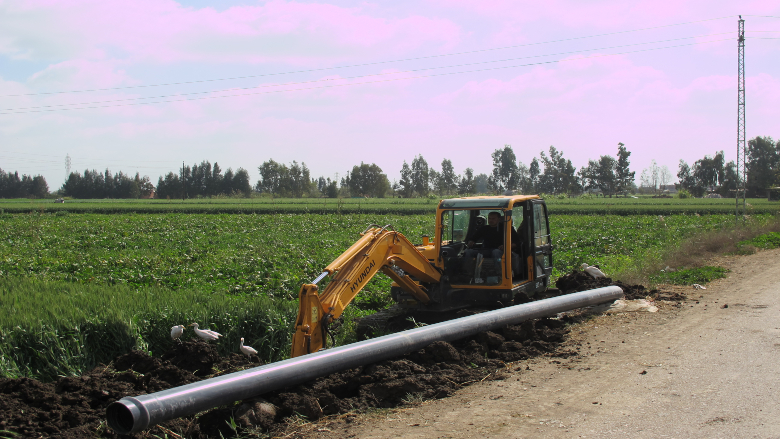 The Farm-level Irrigation Modernization Project (FIMP) increased access to modern irrigation systems in the Mahmoudia, Manaifa and Meet Yazid canals in Egypt, primarily by phasing out diesel pumps and introducing electric ones, as well as by constructing an electricity grid to power the modernized pumping stations. A total of 197,633 water users (including landholders and tenants) benefited through improved irrigation and drainage services.

The agriculture sector is vital to Egypt’s economic growth, employing 30 percent of the workforce in rural areas and providing livelihoods for 55 percent of the population. However, long-term challenges are impacting agricultural productivity including water scarcity, food security and climate change.

Egypt relies on the Nile River for a vast majority of its freshwater resources but while supply stayed constant, the demand for water increased substantially over the years and was expected to continue to do so in the future due to rapid population growth, agricultural expansion, and industrial development.

Egypt is also a global importer of grain and projections of the country’s food balance indicated that dependence on grain imports would more than double over the next twenty years. Given limited land and water resources, a further increase in agricultural productivity is necessary to improve supply.

The project has achieved on-farm irrigation modernization, replacing open marwas with buried pipes, benefitting 121,172 landowners and 76,491 tenants. In addition, 10,000 laborers have been engaged during construction. Thus, the project achieved a total of 207,663 direct beneficiaries with more than 720,000 temporary work opportunities.

The project has achieved on-farm irrigation modernization, benefiting 121,172 landowners and 76,491 tenants. In addition, 10,000 laborers have been engaged during construction.

The project especially benefitted women farmers. Women account for at least 25 percent of people trained. Female farmers were allowed for the first time to participate in irrigation activities and in modernizing the marwas, which helped improve their agricultural skills, nutrition, health, empowerment and economic gains.

Irrigation modernization also reduced the equity gap between top-end farmers and tail end farmers whom often suffered water shortages but were now able to benefit from improved quality and equal access. Results of measurements made on sampled marwas showed that tail enders received on average 85 percent of the water flow at the marwa head as compared to 50 percent at baseline, a significant improvement.

The World Bank, through the International Bank for Reconstruction and Development (IBRD), provided US$100 million in financing for the project.

The project mobilized co-financing from the French Development Agency (AfD) ($50 million) and the Government of Egypt ($10 million) and received a grant from the Japan Social Development Fund to pilot participatory approaches to irrigation modernization. The project was implemented by Egypt’s Ministry of Agriculture and Land Reclamation, with the Bank providing global knowledge and international experience on irrigation modernization and capacity building.

This project would not have been successful, however, without the partnership and guidance of local farmers through their marwa committees, water user associations and extension workers.

The Government developed FIMP as a pilot project that would inform a larger national program of on-farm irrigation modernization. The FIMP has been a largely successful project, with clear benefits to end-users and a good basis for scaling up, the latter entailing adjustments to the implementation modalities used under FIMP. A dedicated Projects Management Unit could be created to oversee and coordinate the expansion of the project, which should focus on boosting agricultural productivity and connecting farmers to markets, as well as implementing technological innovations such as solar pumping, drip irrigation and flow meters. 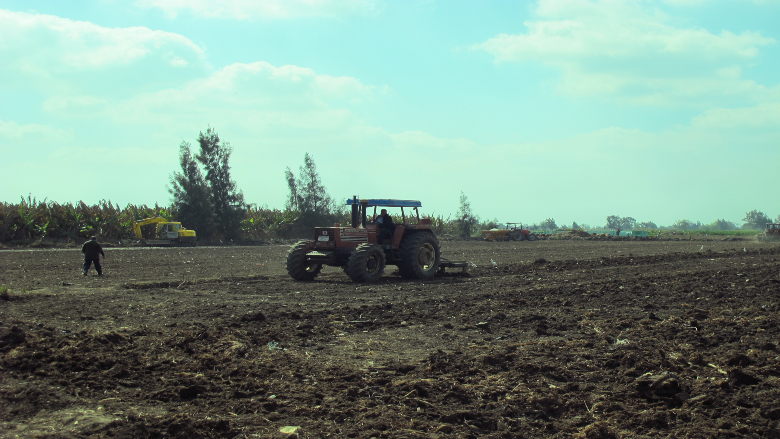